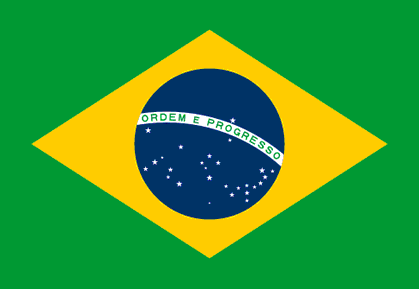 Every person who travels abroad undoubtedly runs into the same problems as every other traveler. When you are on the go, you’re going to find that the Internet at your destination is much different than the Internet in your home town. Many people have stated that the Internet doesn’t have any geographic boundaries due to the fact that you can communicate and interact with people all over the world. But unfortunately this is only half true. As the Internet matures and advances, different governmental agencies and political groups are making laws and advancements that affect the Internet in their corner of the world. These changes materialize in three key areas: Internet censorship, governmental surveillance, and copyright infringement laws. 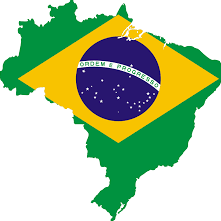 And for those of you who are traveling to Brazil, you need to do your due diligence and make sure you are prepared for the strict Internet climate. The last thing you want is for the Brazilian government to capture your data and rifle through it to see what you are doing online. Though they have made some advancements in the way of digital freedom by drafting an Internet Bill of Rights, things aren’t too peachy regarding the level of involvement the government has with Internet restrictions. In fact, according to a Freedom House report, in 2013 Brazil was only surpassed by India by the level of Internet restrictions that are placed on citizens. Believe it or not, in 2012 there was a huge uproar caused by a YouTube video that attacked a local candidate for mayor. And the government ordered the arrest of the highest ranking Google executive within the country as a result. In the past they have even threatened to completely block Facebook, and they have implemented measures to censor and block a whole host of other websites.

Currently in 2015, Brazil is making progress by pushing for greater Internet freedoms – especially domestically. But this is only one step of many in the right direction, and there are still a lot of details that need to be ironed out. Recently Brazil has been seen as a pioneer in Internet reform, but just this year Rousseff had considered introducing new laws and regulations that would force websites like Facebook and Google to store domestic data within Brazil in an effort to subject them to local privacy laws.

But what does this all mean for citizens and travelers who are spending time in Brazil? The bottom line is that you will have a greater need for Internet security services such as the encryption and anonymity benefits you receive from using a VPN. A VPN is the best way to circumvent Internet restrictions while simultaneously ensuring that you can’t be tracked (dependent on the VPN service provider’s logging policy) and prevent the government from intercepting and reading your data.

Private Internet Access VPN makes the cut, but they take a different approach to their service offerings than some of their competitors. Instead of trying to maximize the number of global connection options, they seem to offer fewer countries but offer far more servers in each individual country. They have more than 3,000 servers spread out across 21 countries, and they cover all of the major territories such as North America, South America, Europe, and Asia. Of course, they offer connections in Brazil and with the number of VPN servers they provide, you won’t ever need to worry about capacity constraints or bogged-down servers.

Express VPN also offers connections in Brazil, and they are a much more mature VPN service provider. Some of their most notable features include a 30-day money back guarantee, over 100 servers located in more than 78 countries, and zero-logging of your data and connections. But as people often say, you get what you pay for and this VPN service will cost $8.32 per month when you purchase a full-year subscription. The proven speed of their service combined with the number of global connection options means that those who are living in Brazil won’t have to worry about connecting to a server that is geographically close to the servers they want to access securely.

Pure VPN offers a whopping 6,000 unique IPs spread out across 50 servers in over 18 countries, and they now provide secure connections to Brazil. You can get their VPN service for as low as $6.25 per month, but one of their best features is the level of customer support they provide 24/7. If you need encryption services to prevent the local government from intercepting your communications or you just need to access some blocked websites in Brazil, Pure VPN is a solid option.

IPVanish offers a VPN that is a little more costly than the average service, but the cost is still negligible at only $6.49 per month. As expected, they offer server connections in Brazil to help protect you against the constricted Internet landscape and to protect you against governmental and hacker interference to protect your data. One of the greater advantages to using this service is that they offer plenty of servers and geographic locations – with over 350 servers in over 60 countries, you will have great flexibility in accessing content securely around the globe.

IronSocket provides a lot of useful features for those of us traveling to Brazil including round the clock customer support, no logs of your online activity, and a 7-day money back guarantee. They provide VPN connections in Sao Paula, Brazil, and they offer additional connections in over 36 countries. Their pricing is also very favorable since it is as low as $4.16 per month when you opt for the longer term plans.

One of the reasons Nord VPN makes the cut for the best VPNs for Brazil is the fact that they provide a variety of connection options including PPTP, L2TP, OpenVPN TCP/UDP, Proxy services, and Socks5. But one feature that some of their competitors lack is the ability to display real-time data showing you the server load in Brazil. That way you can know with certainty that you won’t have connection problems related to capacity constraints. Nord VPN isn’t as mature as some of their competitors, but they have 108 servers scattered around the globe and they are cheaper than most other VPN services at just $4.00 per month.