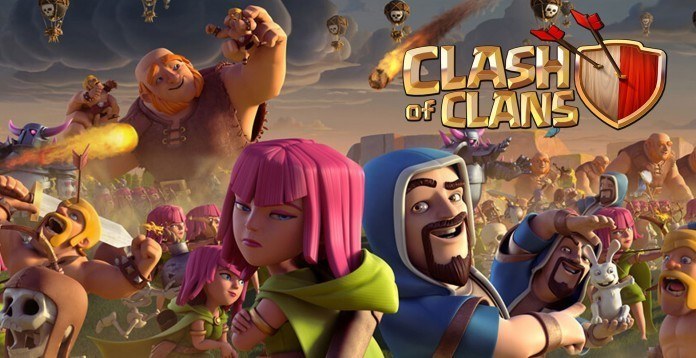 Finland certainly knows how to create games that you can’t put down. First it was Rovio’s Angry Birds and then Clash of Clans, created by Helsinki-based company Supercell. Originally released in 2012, Clash of Clans is a game that allows you to test your strategic skills. You have to build your village and defend it against ferocious raiders, set alliances and defeat enemy clans. The game is loved around the world due to its amusing characters and the thrilling action that it offers. Dragons, barbarians, goblins and more, are part of the world of Clash of Clans.

Clash of Clans is so popular that leading actors like Liam Neeson and Christoph Waltz have appeared in commercials promoting the game and apparently, they are also big fans.
Clash of Clans is highly addictive, but even if you are an experienced player that has managed to wreck the defense of others, while keeping your village intact, there is a powerful enemy that you may have not been able to destroy yet. We are talking about the firewalls implemented in school and office networks that prevent you from playing Clash of Clans. These restrictions can be so strong that it seems like not even a horde of barbarians can break them.

Thankfully, there is a weapon that can help you to overcome these restrictions to get access to your favorite game. It’s not magic, it’s a VPN, a technology that allows you to change your IP address and route your internet traffic through a secure tunnel, keeping your information protected against eavesdropping and other threats. Apart from offering security for your data, VPNs are excellent tools to bypass online restrictions such as the ones implemented in some schools.

While schools place restrictions to make sure that students focus on their classes and of course, that should be your priority, things can get very boring on campus when your classes are over and you have finished all your assignments. Maybe you just want to get a break after a difficult exam, or have some spare time that you want to use playing Clash of Clans. In these cases, it is very frustrating to come across blocks that stop you from accessing the game. It is important to keep in mind that bypassing the firewalls implemented by schools could be against their rules. If you decide to use a VPN, do it with caution and don’t neglect your studies! That being said, we all need to have fun so here are the VPNs that will allow you to defeat restrictions and enjoy Clash of Clans without hassle.

VyprVPN is known in the gaming community for the effective performance that it offers and for its features, which are set to ensure that you can bypass even the strongest firewalls. VyprVPN has unique technology that is capable of defeating Deep Packet Inspection and its network of servers covers over 50 countries. With VyprVPN, you can overcome blocks and enjoy optimal speeds when you play Clash of Clans.

PureVPN has one of the largest networks in the VPN industry and its service is also designed to overcome restrictions effectively. They have servers in 141 countries and you can expect good speeds for gaming, streaming and more. PureVPN offers affordable prices and they regularly have deals that allow you to save a lot of money, which is very important when you are a student.

Thanks to the speed and reliability of its network, ExpressVPN is an excellent choice for Clash of Clans and other games. You can connect to servers in 87 countries and enjoy fast performance and a high level of security. ExpressVPN is slightly more expensive than other options, but the great quality of the service justifies the price.

TorGuard is another option that aims to provide top speeds for online games and it has its own network of servers across more than 50 countries. With TorGuard, you will be able to bypass restrictions and their service offers consistently good speeds. A free Viscosity license (a fantastic OpenVPN build) is included as part of the service.