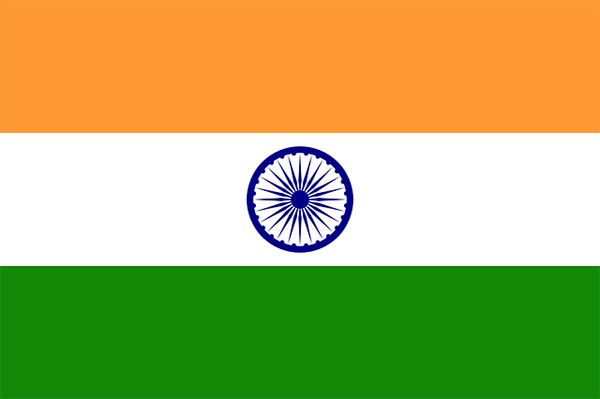 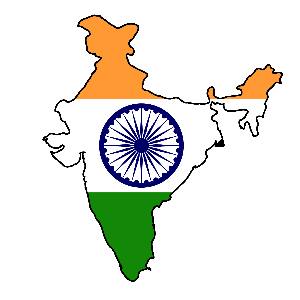 India is not only a country of beautiful landmarks and vibrant traditions, it has also become a good place for businesses and technology. Although it is estimated that less than 20% of the population uses internet and the vast majority of them are concentrated in bustling urban centers like Mumbai, the fact that India is one of the most populated countries in the world allows it to reach the third place in the global list of online users. There are over 243 million internet users in India and while the country has a more flexible approach to censorship than some of its neighbors, there are still many services and websites that have been blocked. Government surveillance may not be as extended as it is in other places, but India is still considered as a country in which internet is monitored and controlled to a certain extent.

According to Freedom House, the independent organization that is dedicated to expand the right to freedom across the world, India is partly free and although internet access is generally unrestricted, regular blocks are imposed on content that is deemed as harmful by the government. The reality is that many of these blocks aim to control political opposition and to avoid civil unrest. If a website is considered to be in violation of the law, the owners/hosting providers are required to remove the content upon request. Otherwise, they could face criminal penalties. It does not stop online, media and entertainment can be as easily targeted. A prime example would be the movie censorship of India’s Daughter.

Internet regulations in India date back to June 2000, when the Information Technology Act was passed. The IT Act provided a favorable legal base for the government to control internet usage and it allows authorities to take action against those who publish content that is considered to be in violation of the act. After the Mumbai bombings in 2008, the Indian government intensified internet surveillance and increased the pressure on ISPs to block websites that were considered offensive or dangerous. The Indian government compromised freedom of expression and privacy using the national security policy as its justification. In 2011, the Indian authorities came under criticism as it was revealed that a large percentage of their requests to Google for removal of content, were related to websites, posts or YouTube videos that expressed discontent against government policies.

In April 2013, a Central Monitoring System was put in place across the nation and it is believed that it is still active in many states. This system gives central and local government the power to intercept, and monitor digital communications without requiring judicial approval. To make matters worse, there is no privacy law in India that could protect users in case authorities abuse this power. In addition, ISPs are required to sign an agreement that enables the government in India to access user data.

Selective filtering is still applied by ISPs upon request from Indian authorities, but thanks to technologies like VPNs and proxy servers, users have been able to circumvent blocking. Since privacy in India is also at risk, a VPN is a more complete solution because it can protect your data from eavesdropping. If you are in India, the below providers offer features that can enhance the security of your internet connection and ensure that you can bypass censorship.

Private Internet Access (Check Out Our Review or Signup Now)

Thanks to Private Internet Access, you can rely on a fast and secure service. PIA allows you to keep your privacy protected and your online security intact with strong encryption and features like DNS leak protection. You can pay using Bitcoin to reinforce the protection to your privacy.

PureVPN (Check Out Our Review or Signup Now)

With PureVPN you will be able to enjoy great speed and performance, as well as a service that is very easy to use. You can switch between servers without any hassle. They offer useful features such as split tunnelling, which lets you connect to a secure server to access specific websites while using your local connection for other applications like online banking.

IPVanish (Check Out Our Review or Signup Now)

IPVanish holds a leading place in the VPN industry, thanks to the reliability and security it offers. The company manages its own network of servers, which ensures a greater control over the speed and performance of the VPN service. With IPVanish you will enjoy a strong selection of servers, the option to switch between thousands of IPs and a high level of encryption.

StrongVPN (Check Out Our Review or Signup Now)

This provider applies its solid experience in online security services to offer a VPN that allows you to enjoy online browsing securely and without restrictions. They have over 480 servers located in 47 cities across 22 countries including Malaysia, Singapore, Canada, Japan, Sweden and Czech Republic. They also offer an efficient and knowledgeable customer support.

ibVPN (Check Out Our Review or Signup Now)

Security and speed are some of the benefits of choosing ibVPN, not to mention that their service is also one of the cheapest options available. With ibVPN, prices may be low but the quality and security of their VPN is quite high. They allow P2P in some servers of their network and have a solid no logging policy to protect your privacy.

VyprVPN (Check Out Our Review or Signup Now)

Golden Frog’s VyprVPN is a fast and innovative service that offers top security and flexibility to access any website you want. They offer features designed to evade censorship and geo-location restrictions easily. With its strong level of encryption, VyprVPN is also a great option for anyone that wants to keep their data protected from eavesdropping.