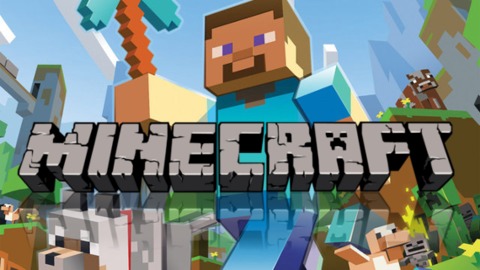 Simple and yet highly addictive, Minecraft has become a legendary title in the video game industry. Minecraft is a sandbox game, where players create their own experience by building and changing the world around them as they wish. There are no set rules or goals, so you can play following your own imagination. There are different modes available (including Creative, Adventure, Survival, Spectator and a Multiplayer option) and players have the freedom to explore and enjoy the game in the way they prefer. Minecraft was originally developed by Markus Persson and its first version was released to the public in 2009.

Why do you need a VPN for Minecraft?

Minecraft is loved by kids and adults alike, but there are many situations in which this popular game may not be available. Your work or school network are likely to have firewalls in place that will prevent you from accessing the game. The restrictions may be in place to ensure that employees and students focus on their tasks and also to avoid bandwidth consumption. However, many people want to be able to enjoy the game during break times. Furthermore, it should also be considered that there are other places such as hotels and public transport, where the public WiFi network doesn’t support access to Minecraft.

With a VPN, you will be able to bypass network restrictions in order to enjoy your favorite game. Although proxy servers are also an option to unblock Minecraft, it is important to keep in mind that they don’t secure your connection. This means that what you do online can be seen by the network administrators and other parties. A VPN encrypts all your traffic and even though the administrators would be able to see that there is a VPN connection, they won’t know what you are doing online. Furthermore, advanced VPN services offer technology that disguises VPN traffic, making it very difficult to identify.

Security is one of the most important benefits and as mentioned before, the fact that your traffic is encrypted means that what you do online can’t be seen by other parties. Nowadays, we are exposed to online surveillance from government agencies, as well as hacking and other threats. Players may be affected by DDoS attacks and in this case, a VPN can also provide effective protection. Protecting yourself against DDoS attacks is particularly important if you are running your own Minecraft server. A VPN can help you to prevent DDoS attacks because it encrypts your traffic and disguises your IP address. This way you can avoid that malicious users identify your actual IP and launch a DDoS attack.

Another reason why Minecraft users may consider a VPN is that it gives them the possibility of getting around bans. When an account is banned it is not possible to restore it, but some users get multiple ALTS and if they still breaking the rules or had an abusive behavior, their IP is eventually banned from the server. While we don’t support the use of a VPN to circumvent the bans, if you feel that you were banned unfairly or by mistake, changing your IP address will allow you to get back in the game. Keep in mind that if you continuously abuse a specific server, it is likely that they will find a way to blacklist the IP addresses associated to your activity.

ExpressVPN meets all the criteria needed to be considered as a top solution for Minecraft. It offers incredible speeds, high security, great software and a very practical guide specifically designed to help Minecraft players to use the VPN with the game. ExpressVPN offers a network router app, SmartDNS service, which is ideal for gaming consoles and much more. They also offer free DNS address hosting.

NordVPN is trusted by privacy conscious users thanks to its no logs policy and great selection of security features. They offer dedicated IPs, which are ideal for running a server. NordVPN also gives you the possibility of protecting your connection with double encryption and they have servers that feature protection against DDoS. NordVPN supports Tor over VPN and you can use up to 5 simultaneous connections

PIA gives you great value for money since it offers good speeds, support for up to 5 simultaneous connections and when you choose the annual subscription, you end up paying just $3.33 per month. Minecraft doesn’t require the fastest performance so the minimal speed loss that you experience with a VPN like PIA, will be hardly noticed. PIA also offers security solutions such as kill switch and protection against DDoS.

Strong security is one of the main advantages of AirVPN, an Italian provider that was established by a group of activists committed to online freedom and privacy. AirVPN keeps tight control over its own network of servers and while the global coverage is limited when compared to other providers, they cover popular locations. Having a smaller network has its advantages as it allows AirVPN to provide a highly reliable and secure solution. AirVPN offers great speeds and protection for Minecraft players and server administrators.