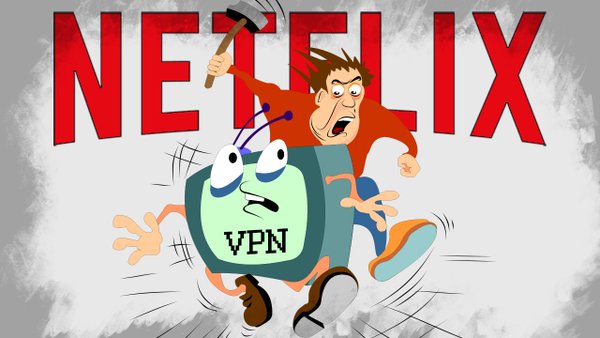 Australian smart DNS service Uflix is a service that focuses on helping users to defeat geographical restrictions so that they can enjoy the content they want on video streaming platforms. For a while, Uflix aimed to be a solution to bypass Netflix’s geo-blocks, but it is no longer effective for this purpose. Netflix has taken strict measures to prevent subscribers from accessing content outside their region and it has implemented technology that identifies the use of VPNs and other services used to bypass the blocks. Uflix used to be a popular DNS proxy solution to access Netflix US, which offers more content than other regions.

However, UFlix gave up on trying to keep up with Netflix because whenever the smart DNS service tried to set up a new network to allow its customers to get around the blocks, Netflix managed to block it within a few hours. After months of playing a game of cat and mouse, UFlix gave up and decided to stop offering support for Netflix. As a result, it is not possible to use UFlix to access Netflix US or other versions of the service outside your location. UFlix is no longer an effective solution to unblock Netflix US, but there are other services that are still working. Here we’ll take a look at the alternatives.

Use a VPN service

UFlix is a smart DNS proxy provider and this kind of technology is more likely to be blocked by Netflix. These services can be easily identified and blocked by Netflix so it doesn’t really come as a surprise that UFlix was constantly targeted and eventually gave up. VPN services have more chances to succeed in the goal of bypassing Netflix’s restrictions and while many have been also blocked, there are still options that work. Some VPN providers have managed to defeat the firewalls implemented by Netflix by using advanced obfuscation solutions and offering servers that allow customers to watch Netflix US from other locations.

UFlix is no longer a solution for Netflix, but it still allows you to bypass geo-restrictions that prevent you from accessing content from other popular services. Their decision to stop supporting Netflix is understandable, given that overcoming the blocks imposed by the online streaming service, requires a lot of time, effort and resources that not every company can afford. Only a few VPN providers have managed to keep up with Netflix and are prepared to continue offering its customers the chance to enjoy a more varied and flexible streaming experience. In addition, it is important to mention that VPNs have another important advantage over smart DNS services like UFlix. With a VPN, your online traffic is encrypted, which protects it from prying eyes and enhances your privacy.

What are the alternatives available?

Since Netflix is constantly trying to step up its game in order to stop VPNs and other services that can unblock content from different regions, the situations is constantly changing. There are services that are currently effective when it comes to bypassing the bans, but there is no guarantee that they won’t come across issues and that Netflix won’t catch up with them. Still, these providers are not giving up soon and they continue working to ensure that their customers have options to access content on Netflix US without hassle.

The services that currently allow you to unblock Netflix libraries outside your region include ExpressVPN, Buffered, NordVPN, TorGuard and VyprVPN. ExpressVPN is particularly effective and it keeps a handful of servers in the US that are capable of giving you access to Netflix US, no matter where you are located. You can contact ExpressVPN’s customers support (which is available 24/7) and they will let you know which servers in their network can be used for Netflix US.