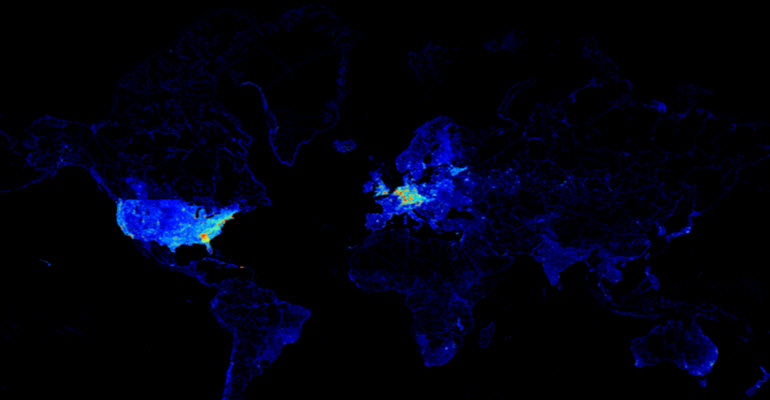 A new report has revealed the countries which are thought off as most vulnerable to hacking attacks, thanks to a heat map of the Internet which scanned the Internet for servers which have their front doors open.

The security firm Rapid7 did the heat map, and the list showed that the most exposed country in the world is Belgium. Tajikistan follows on the list at number 2, while Samoa and Australia complete the top four. The US is ranked at 14th while the UK stands at number 23.

Project Sonar from Rapid7 is responsible for the production of the Internet heat map. Project Sonar is a tool that gives the firm a chance to scan every one of the single public facing IP address in just hours and sees which of the services they are offering to the wider Internet market.

Most of the services are considered to be appropriate, via which HTTP web pages are sent through becomes very appropriate. Eight of the top services which are offered by the Internet servers came out unencrypted. Some of the servers include the POP3, which is now an outdated email protocol still used by the general public. FTP is also part of the servers and is an insecure method of transferring files over the net.

One of the three authors of the report, Tod Beardsley said that he was shocked by his own findings. He said that he had expected to see the most vulnerable countries to be the richest ones also. If a country is rich, then there is a lot of Internets which should mean that the number of attacks would also be increased. But the results did not come out like that.

The group said that they had been inspired to notice how the insecure the Internet really was. Beardsley said that everything was on the Internet, and it was all broken. There have been previous scans before such as the 2012 Internet Census, but there has never been a comprehensive study on the safety of the Internet.

Beardsley said that he hoped to repeat the experiment regularly in the near future. He said he wanted to see whether the Internet was headed towards the right direction.