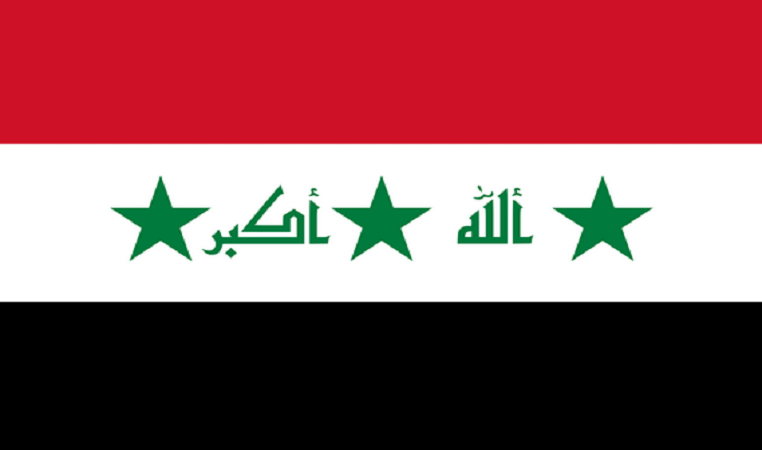 Due to recent political problems and foreign occupation in Iraq, the country has been in a chaotic state for quite some time. Before the US had invaded Iraq, there was practically zero freedom online due to the regime led by Saddam Hussein. Once the US invaded the country, things changed drastically online and citizens were given a lot more freedom than they had previously.

Once the country was occupied by foreign forces, the Internet penetration rate skyrocketed because it then became possible to host Wi-Fi networks and provide Internet access in public areas such as cafes. Understand the before occupation, it was next to impossible to host networks publicly that would allow average citizens to connect to the Internet. However, going from almost 0 to 10 percent Internet penetration is a massive improvement. But as quickly as the US changed things, the Internet infrastructure evolved yet again once the Iraqi government solidified. 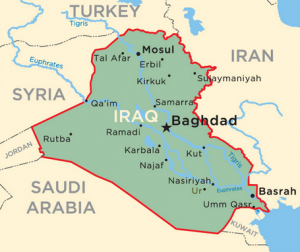 The Iraqi government went on to make strict Internet censorship laws, which is pretty typical for nations in this part of the world. As you might expect, many of the censorship laws are based around political and religious factors. Back in 2009, there was a large movement to censor Internet content that officials though would be dangerous for the public, and they even forced public Internet providers and cafes to register their business with governmental authorities.

Journalists, bloggers, and even social media users have been under fire for comments, posts, and messages they have posted online. Many times statements that criticize politics or governmental officials are regarded as highly offensive, and the punishments for such messages are exceedingly harsh. Anyone who intrudes, offends, or annoys the government with their messages or knowingly attempts to access banned content can receive 3 months in jail. But things get worse. Anyone who intentionally protests or offends religious practices, social expectations, culture, moral guidelines, and family values can receive a year-long jail sentence.

Because it is so dangerous to use the Internet in Iraq, you need to take the utmost care to protect yourself online with security protocols. It is of no surprise that a rise in VPN and Tor use was quick after the government blocked access to many essential websites. But you need to go one step further than locking down your data transmissions with VPN encryption. You also need to take great care not to post any offensive comments on social media platforms, because your social media accounts could be traced back to you if they contain personal pictures or any other information that would identify you.

Fortunately, a VPN tunnel will help you out in several ways. First of all, it will make all data that you transmit invisible to the authorities, the government, and ISPs. They will be able to see that you have established a VPN connection, but they won’t be able to see what data you are transmitting through the tunnel. In addition, they won’t be able to track you by IP address since VPN tunnels mask your IP – thereby providing you with anonymity on the web. Lastly, a VPN tunnel will help unblock content. Though it is in your best Interest to avoid accessing content the government has blocked or finds offensive – especially in public locations like a café – a VPN tunnel will circumvent any web filtering and censorship. This will help you access harmless sites like Netflix, Hulu, and other streaming sites so you can enjoy the latest television programs, news sites, and music. So let’s look more closely at the top VPNs for Iraq.

VyprVPN is our first pick for users in Iraq for two reasons. First of all, they don’t keep any logs. Secondly, they are based out of Switzerland by their parent company Golden Frog, and they maintain servers that are relatively nearby geographically. But best of all they offer a free trial of their service, so you can test how well their service works at your location in Iraq before making a purchase. Note that though they only allow 2 simultaneous connections per account, they have a strong network comprised of 500+ servers in 50 different countries. Last but not least, they are moderately priced and their pro version can be purchased for as little as $6.25 per month with an annual subscription.

PureVPN is our second pick for users in Iraq due to their global coverage and their price. Their service can be purchase for a monthly cost of $4.16 with longer term subscriptions, and they operate 500+ servers in 140 countries around the globe. They also provide server locations near Iraq to minimize latency, and they even have a 7-day free trial. In addition, they also allow each VPN account to connect up to 5 devices simultaneously. Though they don’t have a free trial, they do cover all of the major operating systems to ensure that you can secure all of your devices from the prying eyes of the government.

Private Internet Access is our third pick for users in Iraq, and one of the most enticing features about their service is the monthly cost. Believe it or not, you can get their service for only $3.33 per month with a 1-year subscription, which is cheaper than just about every other notable provider who still offers a quality service. In addition, PIA VPN has more capacity than some of their competitors because they have about 3,100 servers. However, they don’t operate in nearly as many countries as competing services, and they only have servers in 24 countries. But, like PureVPN, they will let you secure up to 5 different devices per account.

ExpressVPN is our fourth pick for users in Iraq, and they offer one of the highest quality services on the market. However, they do cost more than most other providers. They are based out of the US and have servers in 78 countries, which gives their customers a lot of flexibility when choosing what country they want to terminate their VPN connection in. They only allow users to connect one computer and one handheld device per account, but they do have a 30-day money back guarantee that will let you try their service risk free. Last but not least, they have fantastic 24/7 customer support that will help you out ‘round the clock should you run into any difficulties.

Our last pick for users in Iraq is IronSocket VPN, which is a younger company than other providers. But they still have a fast and reliable service that has some perks other services lack. For example, they allow you to connect up to 3 devices simultaneously while some providers only allow you two connections. In addition, they are cheaper than the majority of other VPNs and you can get their service for only $4.16 per month with an annual subscription. Their money back guarantee is only 7 days, but this is still enough time to test their service before making a commitment. Lastly, they have servers in 36 countries that will still give you a reasonable degree of flexibility when terminating your VPN connection.