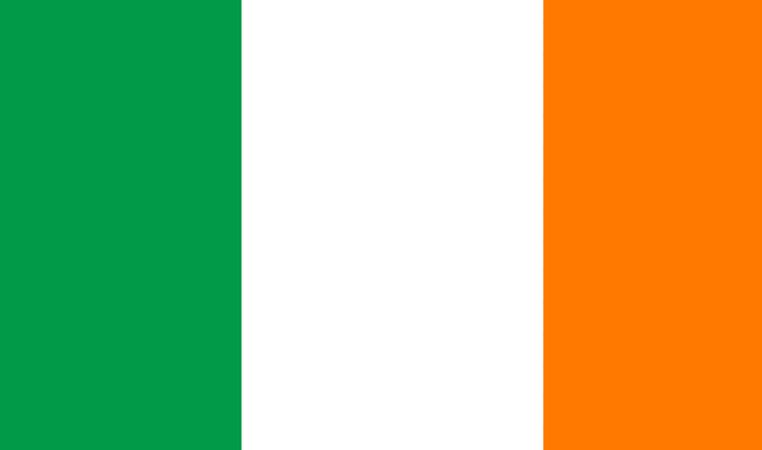 The Republic of Ireland has undergone some changes in their Internet infrastructure since 2008. But today they are one of the countries with the freest Internet in the world. Reporters Without Borders ranked them 16 out of 180 countries, and they even surpass the United States. However, back in 2009 there were a lot of attempts to stop users from accessing sites that facilitated file sharing such as Torrent sites and The Pirate Bay. Today, those efforts continue with ISPs being forced to block P2P websites. With exception to that small hitch, there really aren’t any unreasonable Internet restrictions, governmental surveillance, or content censored on the basis of religious or political reasons. The freedom of information and the freedom of speech are strongly enforced in Ireland, and users don’t have to worry about big brother looking over their shoulders as they browse the web. However, there are still a lot of reasons citizens and travelers need to protect themselves online when they are in Ireland.

To be fair, the Irish government doesn’t employ wiretapping techniques that let them spy on the data communications of their citizens. But there have been huge wiretapping scandals in the UK, which aren’t only of interest to Northern Ireland. Though it is fair to say Northern Ireland was likely more affected by UK wiretapping scandals, you have to understand that the Internet in this part of the world is closely linked with neighboring countries and territories. 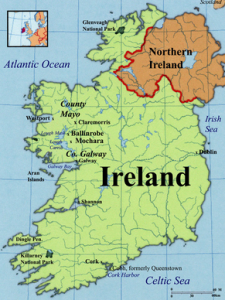 While Ireland does have its fair share of domestically hosted resources, there are a lot of Internet services that are hosted in other parts of the UK. And when you access these services from Ireland, you can bet that your data is crossing national boundaries – in which case your data could have easily been picked up by surveillance programs that were revealed by Edward Snowden. As such, Ireland as a whole needs to make sure that they encrypt their data to prevent governments from peeking at their data. Furthermore, there are a lot of global services that are hosted in other countries such as the United States. When you access data that is so far away geographically, your data could pass through Internet lines that are controlled by a plethora of foreign governments and ISPs. We live in the information age, and you simply can’t afford to take these kinds of risks.

Additional Benefits of VPNs in Ireland

Furthermore, there are several critical reasons why you need a VPN in Ireland. First of all, not all of the content on the Internet is available in Ireland despite their lack of censorship. You see, some service providers block content based on incoming IP addresses. That means that services like Netflix, Hulu, Amazon Prime Video, Spotify, Pandora, and many others will block your connection. But this is just the beginning – there are tons of services that do this. To unlock this content on the Internet, you are going to need a VPN service. In addition, you need to protect your data from hackers and Internet hucksters. There are plenty of people out there that know how to capture data after it has left your computer and is being sent through the Internet – some of them are only teenagers, too. But if you encrypt your data with a VPN tunnel, they won’t be able to capture any of the information you transmit such as payment card data, usernames and passwords, emails, or even phone calls.

PureVPN is our first pick for users in Ireland for several reasons. First of all, they provide more global connection locations than the vast majority of other providers and they have fantastic capacity. With 500+ servers in 140 countries, you won’t need to worry about slow connections. Also, like PIA VPN, they let you connect up to 5 devices per account which is great if you want to secure all of your mobile devices, tablets, and laptops. Not only do they cover all of the major operating systems and platforms, but they also allow their users a 7-day free trial to give them adequate time to test their service.

PIA – Pirvate Internet Access is another great alternative for users in Ireland, and a lot of people are attracted to them because the offer one of the cheapest VPNs on the market. You can get their service for as little as $3.33 per month, but don’t make the mistake of thinking that their service is subpar. They offer fast and reliable connections that keep up with the best providers on the market, and they actually have more capacity than other providers owing to their 3,100 servers spread out across 24 countries around the globe.

ExpressVPN is known for being one of the highest-quality VPNs on the market. It follows logically that they are also one of the most expensive providers on the market, but you certainly get your money’s worth and their cost is justified by the speed and reliability of their service. With servers in 78 countries, you can always find a server in a nearby country to terminate your VPN, and they have phenomenal 24/7 customer support as well as a 30-day money back guarantee. However, one drawback of their service is that you can only use each account on one computer and one handheld device, whereas the previous two providers will allow you up to 5 simultaneous connections per account.

VyprVPN is our fourth pick, and they also do a great job of providing fast and reliable servers scattered around the globe to give you the freedom to connect your VPN to many different countries in order to unlock content. They are a good pick for users in Ireland since their parent company, Golden Frog, is based out Switzerland and has a strong European presence. Two of the most notable features of their service is a free trial that will give you a good idea of how their service works in Ireland as well as the strength of their network. To date they have 700+ servers around the globe in 50 different countries, and they are continually adding more servers to their network.

TorGuard VPN is a great choice for users in Ireland because they have a strong network, plenty of great features, and they are reasonably priced. They aren’t the most expensive or the least expensive provider, and a year-long subscription will make the monthly cost of their service $5.00. Like PIA VPN, they will let you connect up to 5 devices per account. Furthermore, they have plenty of capacity with 1200+ server in 42 countries, ensuring you will have a reasonable degree of flexibility to connect your VPN to countries around the world.