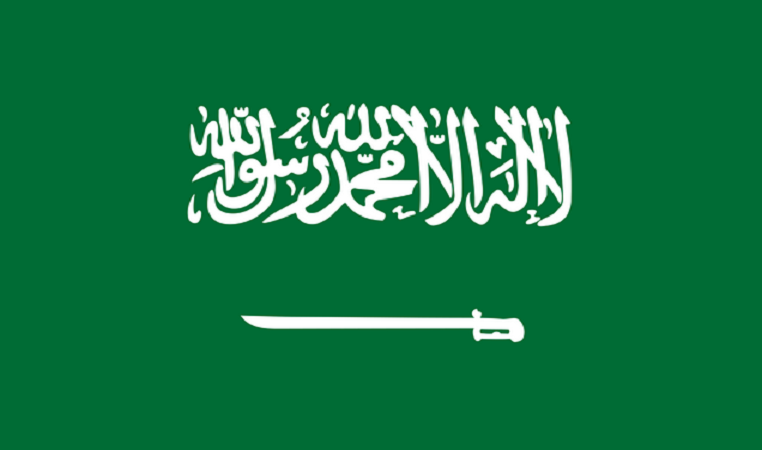 Saudi Arabia has one of the least free and accessible Internets in the world. In fact, Saudi Arabia is ranked 164th on a list of 180 countries in Reporters Without Borders 2014 report. They rank dismally low, and have been said to be the leaders of internet censorship among Arab governments. and trying to browse the Internet in Saudi Arabia without a VPN connection or through the Tor network would just be crazy. They have fewer ISPs than other countries, and all of the Internet traffic is routed through a monitoring agency before leaving the country. For those of you with a basic understanding of networking, it’s like the government’s Internet surveillance program is the entire country’s default gateway to get out to the rest of the public Internet. Because they essentially have a single point of entry and exit for Internet traffic, it makes it much easier for the government to apply filters that will censor boatloads of Internet content. And to filter content, the government keeps a list of immoral sites as well as a list of websites that they deem to be offensive. 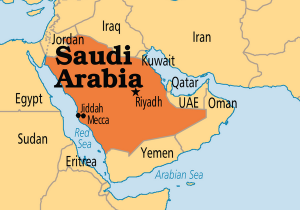 Because the government keeps a list of sites to filter on immoral grounds, you wouldn’t be surprised to learn that they heavily censor pornography. But they also censor sites that people in other countries, especially Western countries, might find surprising. For example, apart from pornography they also censor websites that have messages related to homosexual content and lifestyle, drugs, alcohol, sexual health and education, and even family planning.

Like other countries, they also try to make an effort to block websites that are related to circumventing their strict Internet control – though they aren’t incredibly successful. Though they do block a lot of proxy sites, they have also banned websites such as Wikipedia and Google translate in the past. Furthermore, they have blocked and censored social media content such as Facebook and Twitter for a number of reasons. Anytime they deem that a picture portrays someone who is dressed too proactively or contains other material deemed to be explicit, they censor the content. They even go as far as to block any websites they can find that have a message or service related to gambling.

The press is also one of the most censored in the world, having to pass government filters before any form of publishing or airing can be accorded. Independent press is also almost non-existing, causing for a very biased and controlled media industry. It is said that every news outlet chief editor is put in place by the government itself.

To top it all off, they heavily police and censor content that doesn’t align with their religion. They even make attempts to monitor social media profiles, messages, and posts to make sure that the posters are adhering to religious practices to prevent them from straying away from their religion. As such, they have taken a lot of time and effort to block and ban any information, data, and Internet content that promotes other religious practices. If content is considered to be blasphemy or portray Mohammed in a negative light, that content is quickly censored. In fact, such messages can be grounds for the death penalty in Saudi Arabia.

But things get worse. There have been rumors and reports that the government is trying to ban encrypted messages and messaging app so that the government can intercept and read anything and everything they want. They claim that they want to ban these forms of communication in an effort to protect the younger generations from being sucked in to other blasphemous religious ideologies, but there are certainly political factors at play here as well.

Protecting Yourself in Saudi Arabia

Despite the fact that they have tried to implement measures that would prevent people from evading and circumventing their harsh restrictions, VPN tunnels are still the most widely available and most popular means to unblock content and encrypt your online communications in Saudi Arabia. If you don’t take additional measures to hide your VPN tunnel, the authorities still won’t be able to see what data you are transmitting – they will only be able to see that you are indeed using a VPN tunnel to secure your communications. To date this is not illegal, but you want to make sure that your VPN provider doesn’t keep any logs of your activities to ensure that you are truly browsing the web 100% anonymously. However, this is not of large consequence in Saudi Arabia because the chances that a VPN company would forfeit data over to the Saudi Arabian government are next to nil. But if you are a reporter or posting factual information regarding current events, you are probably better of using a service that doesn’t keep logs.

Just remember that using a VPN tunnel won’t inherently protect you from all forms of government censorship and surveillance. For example, if you make incriminating posts on social media profiles where it is easy to identify who made the post, then a VPN tunnel won’t protect you. For example, if you shared a political cartoon on Facebook with an offensive statement, the authorities could very well find you and seek you out. Having said that, let’s take a closer look at the top choice VPNs for Saudi Arabia.

VyprVPN is our top pick for Saudi Arabia for a few reasons. First of all, they are not based within the US so you don’t have to worry about the US monitoring logs or connections to keep an eye on Saudi Arabia communications. In addition, they actually run their own data centers that house their VPN servers in-house, so they have greater control over speed and performance than other providers who rent space in data centers. Furthermore, they permit P2P downloading (torrents) on their network and offer incredibly strong 256-bit encryption. Plus, you can try their service for free to make sure that everything works as you would expect it to in Saudi Arabia.

PureVPN is our next pick for users in Saudi Arabia, and though they have a global network of VPN servers scattered around the globe, they also have many servers near Saudi Arabia. With servers in nearby locations such as Romania, Turkey, and most of Europe, you will be able to easily find a connection with low latency. As another perk, they are actually based out of Hong Kong, so you don’t have to worry about foreign governments snooping through your data or coercing the company into forfeiting information about their users.

IPVanish is our next choice for users in Saudi Arabia due to their well-rounded and exceptionally fast service. Not only do they provide a reliable service, but they also offer great customer support. Like Pure VPN, they offer VPN servers in nearby locations such as Romania, India, and many European and Asian locations. They aren’t the cheapest or the most expensive provider, either. Instead, they are moderately priced at $6.49 a month with a full-year subscription.

Last on our list of the best VPNs for Saudi Arabia is Express VPN. They are a fantastic option for a lot of reasons, and they only have two real drawbacks. Right now they operate in 78 countries, and their lightning fast tier-1 network is always growing. In addition to their 30-day money back guarantee, we like them because they offer great 24/7 customer support. However, they are based out of the US which is a bit of a drawback for the most paranoid of the security conscious Internet users. Lastly, they are a little more expensive than many other providers, but they offer great service.