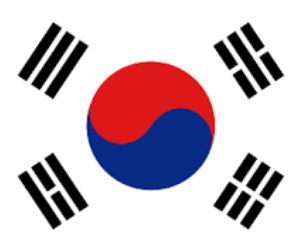 South Korea is one of the nations that is most-connected to the Internet in the world. If you have ever seen a map of the 39th parallel at night, you would see that South Korea is lit up like a Christmas tree. They actually have some of the highest Internet penetration rates in the world owing to the fact that over four fifths of the nation has access to the Internet and that they have some of the fastest consumer Internet speeds in the world. Fast Ethernet connection speeds are not uncommon, whereas other parts of the world – though they are extremely advanced and developed nations – have some pockets of rural areas where slower Internet connection speeds are the norm. The technological hub has been named the ‘most wired’ nation of the world.

While these are wonderful statistics, you also have to consider the quality of Internet that citizens and travelers enjoy there. Internet censorship is a stark reality inside South Korea, and there are numerous laws that prohibit what westerners might call the freedom of expression. Because the Internet is so readily available and because there are a lot of laws that limit what users can access on the Internet, it only follows naturally that VPNs would become very popular in South Korea. Some would even call them a necessity.

South Korea is classified as a state that is under surveillance, and rated as partially free. Overall, the general population lives under some strict censorship laws. Within the country, there are two main governmental bodies that carry out the majority of the censorship. The KCSC (Korean Communications Standards Commission) and the NEC (National Election Commission) have blocked tens of thousands of posts over the last few years. 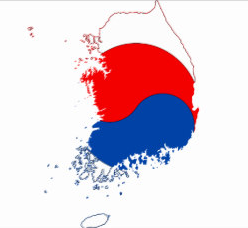 But do citizens and travelers really have the freedom of speech inside South Korea? Well, the answer is yes and no. Their constitution reserves that citizens have the freedom of speech and the freedom of the press, but there are some major caveats to those freedoms. Free speech cannot violate or infringe upon the honor of others or other people’s rights, and it can’t undermine political authority and morality. These stipulations form the groundwork for censorship, and that is why numerous websites and online posts have been banned or censored. In fact, the rules and stipulations regarding the freedom of expression relate to further laws and regulations that prohibit a person from making communications that harm the public peace, order, social morals, and good customs via electronic means. This includes all telecommunications, which is an umbrella term that describes just about any communication that involves a wire – from telephony applications to instant messaging.

If you are a foreigner and guest in South Korea, you should not take these laws lightly. More often than not, the offensive material that violates South Korea’s freedom of expression are censored and removed from the South Korean Internet, but there are scenarios with much worse outcomes. Some people have even been charged as criminals for their failure to adhere to the law. For example, in the past an individual made a comment on Twitter that compared some government leaders as pirates regarding their decision and ruling on a naval base. This poor soul was eventually prosecuted for criminal acts, but this is just one example. Other individuals have been arrested, thrown in jail for years on end, and fined tens of thousands of dollars (USD).

As you might have guessed, any hint, mention, or allusion to North Korea and their political climate is the recipe for a disaster. Any website that is judged to be a North Korean sympathizer will be taken down and the owners and posters can face some serious jail time – at least 7 years. These examples of censorship show how controlled the Internet is and how it is really up to the discretion of governmental agencies to choose what is allowed and what is blocked from the Internet.

But things become even more controlled when you consider surveillance initiatives by the South Korea. This is incredibly different that laws in the UK, Canada, the US, and Australia. If a citizen of South Korea wants to post comments or messages on select websites, they can’t comment unless they first link their identity number with the website and their profile. If you are a visitor in South Korea, you will need to have the state verify a copy of your passport. Essentially, this gives the government the ability to identify each and every person in their country who might have made a post that was deemed offensive. After removing the offensive post, the government will then be paying the offender a visit. But the problem is that the laws contain language that isn’t black and white, and instead it leaves a lot of subjective reasoning to the government who is basically going to make a judgement call against the offensive material. This lends the opportunity for even small statements to snowball out of proportion, and in the blink of an eye an Internet user could find that they accidentally came face to face with some consequences that will affect their life for years to come.

Just recently, two Japanese journalists were prosecuted, one of which is possibly facing a prison sentence over covering a story regarding the South Korean president back in 2014, regarding possible involvement of a murder of a relative in 2011.

It would also be a huge mistake to try to download free content in direct violation of a copyright in South Korea without the proper Internet security. The consequences could be a lot more than you bargained for, and past offenders have set an example for us to guard our data more closely. They have a 3 strike system for violators, but some people have found that they lost Internet access after only one strike. And the government doesn’t necessarily need to give any warning to do so, either. The measures are above severe and can be considered to violate human rights.

What This Means for Citizens and Travelers

The bottom line here is that you need to take extra care and caution when you are in South Korea for any amount of time. Just know that the government keeps a very close eye on what citizens, expats, and travelers are posting on the Internet. In addition, you may very well find that entire sites are blocked because they contain offensive material. South Korea doesn’t tolerate any kind of pornographic material, but that doesn’t mean that they only censor pornography websites. They don’t hold any tolerance for homosexual material either, and this spills over into some foreign video content that isn’t necessarily pornographic. Even games, gambling sites, and other forms of web content can be censored and blocked.

Fortunately, the good news is that you can solve all of these problems by browsing the Internet safely, securely, and anonymously by using a VPN tunnel that terminates outside of South Korea. The idea is to keep all of your traffic encrypted until it is past the demarcation point in the South Korean Internet infrastructure. That way no one in the country – ISPs or governmental bodies – will be able to see or track your online activities. Not only will this unblock websites that have been censored, but it will keep you out of harm’s way by encrypting and hiding your traffic. It would be a colossal mistake to browse the Internet in South Korea without a VPN tunnel, so consider the following list of VPNs for South Korea:

IronSocket VPN is a great choice since they offer fantastic service and because they are based out of Hong Kong. They also have servers located in nearby Asian countries such as Japan and Taiwan so you will be able to terminate your VPN tunnel in a location that is geographically close to prevent high amounts of latency. You can even pay them in Bitcoins anonymously, and they will allow you to connect three separate devices at the same time. With servers in 36 different countries and a 7-day money back guarantee, you can rest assured that IronSocket VPN is a safe choice to protect your data in South Korea.

VPN Area is another fantastic alternative for those of you in South Korea looking to protect yourselves online. Just like IronSocket, they will accept Bitcoins and give you a 7-day money back guarantee to let you try out their service. Their service is fast and reliable, but one of their greatest features is an absolute zero-log policy. Like IronSocket, they also have servers spread out across Asia in the Philippines, Hong Kong, and Japan. One area that they improve upon IronSocket’s service, however, is the ability to connect up to 5 devices concurrently to a VPN.

ExpressVPN is a clear leader in the VPN service industry, and they are a solid choice for South Korea. They are older than many of their competitors, and their maturity has created a VPN network with servers spread out across 80 different countries (and counting). Their speed, reliability, and 24/7 customer support are top notch and they also provide servers in Asia near (but outside of) South Korea in Hong Kong and Japan. One reason people love Express VPN is due to their 30-day money back guarantee that gives users plenty of time to try out their service before they buy it. However, the only downside is that they cost a little more than other providers, but their fantastic service easily justifies their cost.

PureVPN is also based in Hong Kong, and as you would expect they offer plenty of locations in Asia to terminate your VPN tunnel. They do allow up to five simultaneous connections for their users, and some of their Asian locations include Malaysia and Singapore. Furthermore, they do allow P2P file transfers on select servers, so if you are looking for a VPN that will allow you to download torrents, this is a good option.

PIA is a solid choice for those of you looking for a cheap VPN to protect your data in South Korea that doesn’t cut corners. Their VPN service is extremely solid, reliable, and fast. Most people find that the most attractive feature of this VPN provider is their price, though, because you can get their service as cheap as $3.33 per month with an annual subscription. However, most of their 3,000 servers are hosted in North America and Europe, but they do offer connections to Japan that would more than suffice to limit potential latency.