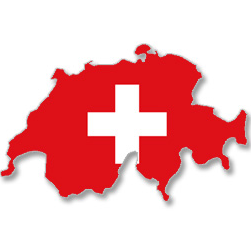 Though the EU has tried to create uniformity regarding Internet rights, laws, and regulations throughout Europe, you should all know that the laws vary significantly from country to country in Europe. However, interestingly enough, Switzerland isn’t part of the EU – making them that much different from their neighbors regarding Internet surveillance, copyright infringement, and Internet censorship.

The EU has made some drastic changes to their Data Retention Directive within the last 10 years, but Switzerland has created its own laws that force ISPs and some public sector organizations to record online web activities and information such as IP addresses and store them for six months before the information can be deleted. But the government itself also has a lot of power to eavesdrop and record online activities. The laws themselves, the (VÜPF) and (BÜPF) require ISPs and telecommunication providers to keep IP logs and details for a period of 6 months. Designed to monitor communications for public security, these programs have given Switzerland the title of a surveillance state, and have been heavily criticized by industries and citizens alike. 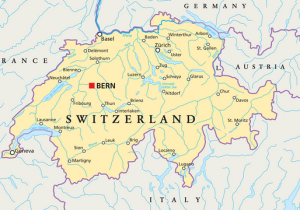 Believe it or not, they essentially have the right to hack into their own domestic infrastructure to deploy mechanisms like spyware in an effort to combat global terrorism and other offenses such as underage pornography. Ideally these methods of spying on domestic communications won’t be deployed until it can be determined that a party is guilty beyond a reasonable doubt, but in reality there are a lot of false positives and people are unknowingly spied upon when they weren’t causing any trouble. But this is only the beginning, because the government has repeatedly been making propositions to increase their power and control over the domestic Internet infrastructure. Within the last two years, there have been discussions regarding increasing their surveillance power to include instant messaging services as well as VoIP.

But there is good news for citizens and travelers alike. VPN providers are not currently subject to the data retention laws – giving people a way to legally maintain their online privacy. Because they are not subject to the data retention laws, VPN providers are not required to keep activity logs of their customers. For this reason, a lot of leading VPN service providers locate some of their servers within Switzerland. Other countries to do the same are the Netherlands, Bulgaria, Romania, and Luxembourg. But the good news just keeps on coming, as Switzerland has ruled that they don’t have a problem with copyright infringement as long as you are only downloading content for personal use and not downloading content for commercial intent.

The Need for VPNs in Switzerland

Because citizens have the legal right to download copyrighted materials as long as they are only for personal use, people in Switzerland don’t really need a VPN to download torrents. But that doesn’t mean that VPNs in Switzerland have lost any value. Due to the government surveillance initiatives people actually have an increased need for VPN services, encryption, and Internet anonymity. While some people in the US shy away from domestic VPN providers due to the fact that the government could request logs from domestic servers, the same isn’t true in Switzerland. Because the VPN providers operating in Switzerland don’t need to keep logs due to the fact that they aren’t subject to data retention laws, citizens and travelers alike can connect to servers located within the country without the fear of their online activities becoming compromised. If you either live in Switzerland long-term or you are going to be visiting in the near future, you should consider the following best Swiss VPNs:

ExpressVPN has server located in Switzerland for domestic users that want to add as little latency as possible to their web browsing experience while still getting the benefits of encryption. But they also have servers located all over the world so you have a lot of flexibility concerning what IP addresses you can use and what content you can unblock. Also, they provide a handy 30-day money back guarantee to give you ample time to try their service out before you make a long-term commitment. They’re also well-known for having extremely fast connections and 24/7 customer support that doesn’t fail to deliver quality service. They do cost a little more than some of the alternatives, but the quality of their service and the fact that they provide over 78 different countries to connect to justify the few extra dollars per month.

If you’re looking for an alternative VPN provider with servers located in Switzerland, IronSocket VPN is another great choice. With a full-year subscription, their service only costs about $4.16 per month. This is less than the price of a decent meal out per month, and they provide a fast and reliable service. However, they offer VPN connections in countries outside of Switzerland in 35 other nations. Not only do they purposefully not keep activity logs and provide 24/7 customer support that you can rely on, but they also provide a 7-day money back guarantee that will give you the opportunity to test their service before you buy it.

This list would be incomplete without PureVPN because they give access to Swiss VPN servers as well as a global connection profile of over 180 worldwide locations in over 141 countries. They are also extremely reasonably priced at just $4.16 per month with a yearly subscription – which is less than half of some of their competitors. To top it all off they also provide a 7- day money back guarantee, DNS leak protection, a VPN kill-switch to stop your downloads if your VPN disconnects, and unlimited data transfers.

Private Internet Access is another fantastic choice for those of you looking for security in Switzerland. They provide access to 3,000+ servers in over 21 countries, and some of their servers are based inside of Switzerland – so you have plenty of connection options both domestically and abroad. However, there are two key features that really make PIA stand out from some of the other options. Firstly, they allow you to connect up to 5 different devices to a VPN tunnel at the same time. And secondly, their service is very favorably priced at $3.33 per month when you purchase a full-year subscription. Last but not least, they cover all of the major operating systems and even some more obscure ones such as Linux distributions that the average user isn’t aware of.

VyprVPN makes the list because they are a staunch competitor in the VPN space and they offer a Swiss VPN connection. They will even let you try their service for free, but there are a couple catches such as a data limit of 500MB per month. However, their packages are mid-range to top-range depending on the services you want and the monthly fee for a yearly subscription can range anywhere between $6.67 and $10.00 per month. Not only will they give you access to over 700 servers spread out across the globe, but they also offer live chat support to help you if you are having technical difficulties.