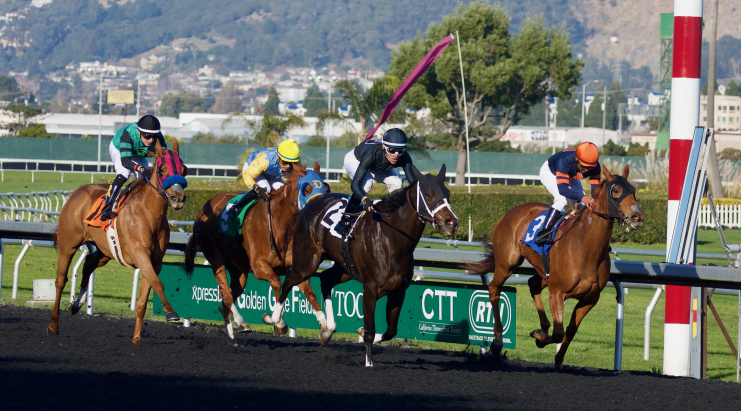 Horse racing dates back to the days when humans domesticated horses and it is still gathering interest all over the world. There are events taking place in different countries and of course. Horses have been a crucial part of history and the international season starts with the Pegasus World Cup which is held in the United States in January, and the last event is the Hong Kong International Races, which take place in December. Getting access to these races depends on your location and in some cases, you may not be able to watch any streams because of geographical restrictions. If you happen to come across blocks while trying to catch the races, don’t worry, you can use a VPN to defeat them.

There are so many VPN services out there, that is very difficult to keep track of them, as new ones are appearing on a regular basis. However, there are some options that are highly recommended such as ExpressVPN and NordVPN. We will take a closer look at these, and other VPNs later on, but first let’s talk about the general way in which you can use a VPN to watch Horse Racing Live. Once you select the VPN service that you want to use, you can download the software. Most VPNs have clients for the most popular platforms including Mac, Windows, Android and iOS. If your platform is not supported, or doesn’t offer native VPN support, you can use a router. A compatible router allows you to run the VPN on game consoles and streaming boxes.

After downloading and installing the software, you can connect to a VPN server. Select the location that you want to connect to and once you establish the connection, you will be able to defeat restrictions and access content that is blocked in your region, as long as you connect to a server in a country where the races are available. For instance, the United States offers excellent coverage and is often the best option. Since the majority of VPNs have servers in this country, finding a server wouldn’t be a major issue. When it comes to protocols, it is advisable to opt for OpenVPN (TCP) or (UDP). The first one is faster than the later, plus it is a secure solution. To connect, you simply need to press the connect button and when the VPN is On, you will get an IP address from the United States (or from the location you connect to), and will get access to the content available there.

That is all. After you get an IP address from ExpressVPN in the United States, it is possible to browse the internet or enjoy horse racing as if you were in that location. The same happens with any other location you connect to, but in order to be able to watch the races, you need to connect to a VPN server that is based in a location that offers coverage for these events. Keep in mind that if you are using a subscription service, you still need to have an account for that service. For instance, a VPN can help you to avoid geographical blocks and enjoy access to the US catalog of Netflix, but you need to have a Netflix subscription if you want to access movies and TV shows on that platform.

The best of horse racing

In the United States, horse racing can be tracing back to 1665. The competitions have evolved throughout the years, but legendary horses like Sea Biscuit, American Pharoh, Secretariat and Seattle Slew are still remembered. More recently, Justify and American Pharoah became popular names after winning the Triple Crown. It is worth mentioning that they had the same trainer, Bob Baffert.

How to watch horse racing

In the United Kingdom, Sky Sports offers coverage, while in the United States, you can get TVG and Fox Sports. Keep in mind that you may need a subscription to be able to access content through these services. Here is the schedule of races that you can look out for.

ExpressVPN is ideal for bypassing restrictions and it gives you access to all the content that you want. It has servers in over 90 countries, including the United States, where there are many servers in multiple cities, such as Washington, New York, San Francisco, Miami and Atlanta. You can stream content and enjoy horse racing from anywhere, thanks to the fast speeds that ExpressVPN offers. There are no logs kept.

NordVPN is another great choice for people who want to defeat restrictions and enjoy access to content that is available in different locations. You can defeat restrictions thanks to NordVPN’s extensive selection of servers. There are over 5000 servers in its network and many of these options are available in the United States. NordVPN offers a high level of encryption and it doesn’t keep any logs at all.

Private Internet Access is known for its affordability, but it is also worth considering thanks to the good selection of servers that it supports. You can connect to servers in over 30 countries and one of the locations supported is the United States. Private Internet Access offers fast speeds, strong security and all the features needed to ensure that you can enjoy horse racing from anywhere. There are no logs kept of your information.

Surfshark is still relatively new when compared to the other providers in the list. However, it has established a great reputation in the industry since it delivers high security, fast speeds and privacy protection. There are servers in over 60 countries, including the United States. Surfshark lets you stream content fast and securely and it allows you to use as many connections at the same time. It doesn’t keep logs of your activities.