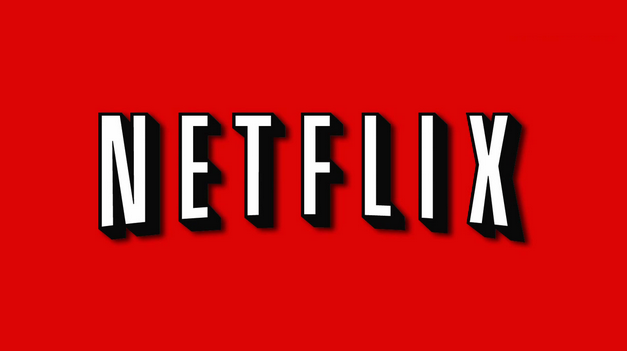 Netflix is one of the most popular entertainment solutions in the world, and millions of viewers stream content from this platform every day. There is a wide selection of content available on Netflix and many different categories are covered. Since Netflix produces its own series and movies, there is a lot of exclusive content that you can enjoy on this streaming service. Netflix also offers classic TV shows and films, and thanks to its mobile apps, you can watch content on the go. The downside is that Netflix doesn’t offer the same content across the regions that it supports. Some movies and TV shows are only available in certain countries. Users in the United States have access to a larger selection of content than subscribers in other locations.

In order to bypass the geographical restrictions imposed on Netflix, you can use a VPN service. This will allow you to defeat the restrictions and enjoy content that is normally not available in your location. Since the restrictions applied by Netflix tend to be very strict, only a handful of services are capable of defeating the blocks. The company uses advanced technology to prevent users from using VPNs or proxies to access content outside their region. Proxy servers are not effective, but there are VPN services that have managed to keep their networks updated to ensure that users can connect to servers that give them access to Netflix US.

Once you subscribe to a VPN service that allows you to access Netflix content from other locations, you will be able to enjoy endless entertainment options. Sitcoms are loved by millions of viewers and it is easy to understand why. Due to our busy schedules, we may not have time to watch a movie or a full episode of a TV show that runs for one hour or more. Many sitcoms are just 30 minutes or less so you can watch them during your lunch break or whenever you have a few minutes. They are a great way of disconnecting for a little while since they are funny and lighthearted. There are options that will suit different audiences, but the sitcoms below can be a good start.

Louis C.K has made audiences around the world laugh and now, he is bringing his comedy to another level with Louie. The main character of the show is a fictional version of Louis himself and apart from being the creator, he writes and directs Louie. The show focuses on a recently divorced comedian who lives in New York with his two daughters. The show manages to find the funny side of even the worst situations and it has an impressive list of guest starts including David Lynch and Jerry Seinfeld. It is one of the sitcoms that you shouldn’t miss.

Arrested Development is a show that has earned cult status thanks to its unique humor and outrageous characters. Jason Bateman plays Michael Bluth, who has to work to keep its family together after his father is sent to prison for fraud. While Michael tries his best to save the family business, the rest of the extravagant personalities of the rest of the Bluth clan, lead them to ludicrous situations. The story of this dysfunctional family is filled with a lot of craziness and hilarious running jokes. The cast includes Portia de Rossi, Jeffrey Tambor, Jessica Walter, Will Arnett and David Cross. The series is narrated by Ron Howard and it has earned loyal fans as well as praise from critics.

The US version of the classic mockumentary series created by Ricky Gervais became a success and helped to boost the careers of Steve Carell and John Krasinki. This sitcom shows how funny and crazy a workplace can get when you have an eccentric boss like Michael Scott, played by Steve Carell. While the first season of the series received mixed reviews, the following ones were met with critical acclaim. The Office UK is also available in Netflix and many prefer it over the American version. Regardless of which one you chose to watch, The Office is another sitcom with episodes that last only 30 minutes and that will put a smile on your face.

Although The League focuses on fantasy football, you will enjoy it even if you are not into sports. The show has been compared to Friends as it stars a group of friends who discuss life, their passion for sports and more. The League is an unusual comedy experience thanks to the fact that it is semi-improvised and its talented cast will make you laugh with their wacky humor. Football is what connects all the the different characters and the first season of the show can be watched like a short miniseries. It is a perfect choice to enjoy some time-off.

Bypassing geo-blocks to watch the best sitcoms in Netflix

As we previously mentioned, the best way to overcome the restrictions imposed by Netflix is to use a VPN service. Even if you live in a location where Netflix offers a limited selection of content, you can access TV shows that are available in other regions. When you connect to a server in the US, you will be able to unlock the library of content that is available in that country. Although Netflix has managed to block many VPN services and some providers have given up, there are others that are still able to defeat the restrictions. At the moment, the situation is a bit like a game of cat and mouse between Netflix and VPN providers. However, the below VPN services are known for their efforts to help Netflix subscribers to watch content without restrictions.

Buffered is one of the providers that is constantly updating its technology to help users to bypass geo-blocks in Netflix. If you use the web browser version of Netflix, Buffered will help you to defeat restrictions effectively. Buffered also protects your data with strong encryption. They don’t keep logs and offer a generous 30-day money back guarantee.

Apart from offering a high level of security to protect you from online threats, NordVPN is also a great option to access all the content that Netflix offers. They have servers that focus on ensuring that you can stream content from Netflix easily and without being limited by your location.

VPNArea is regularly adding new US servers to its network to ensure that users always find a server they can connect to. In addition, VPNArea offers security features that will protect your online traffic from security threats. They offer protection against DNS leaks, IPv6 leaks and Kill Switch.

ExpressVPN offers advanced technology and fantastic speeds for streaming. They update their network on a regular basis to ensure that there are servers that allow you to watch content from Netflix US. While Netflix is regularly introducing new blocks, you can try ExpressVPN with confidence because they have a 30-day money back guarantee.