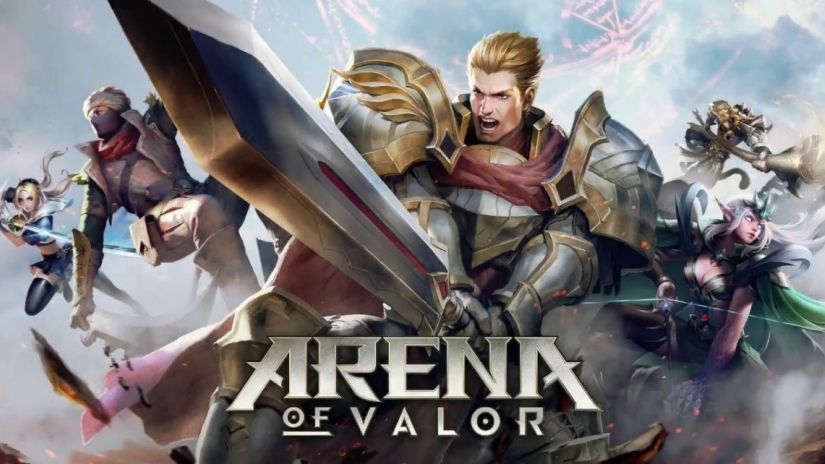 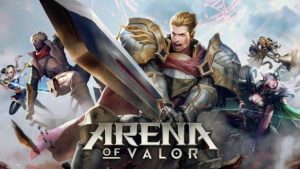 Based on Kings of Glory, a hugely popular Chinese game, Arena of Valor is a multiplayer online battle arena published by Tencent Games and aimed at audiences outside mainland China. Millions of players enjoy Arena of Valor and the game has become one of the most successful titles in the industry. The popularity of the game is very high and even a giant like Nintendo has sought the way to get into the Arena of Valor train. In the last trimester of 2017, Nintendo announced that it was joining forces with Tencent to release Arena of Valor on their Nintendo Switch console. Many people compare Arena of Valor/Kings of Glory to League of Legends, another game published by Tencent that is loved by fans. There are different game modes including Solo battles and 5v5. You can be a warrior, a mage, or an assassin and there are several characters available.

It should be noted that there isn’t a global server for Arena of Valor and the game is available in separated servers around the world, under a different name. For instance, in Thailand, it is known as Realm of Valor, while Arena of Valor is the name used in Europe. There are also servers in South Korea, Indonesia, Taiwan, Singapore and Vietnam. The problem is that outside the regions supported, players can’t enjoy Arena of Valor. In addition, each region is managed by a different publisher, which makes things difficult since there is no consistency and some servers don’t work as well as others. Many players complain about the fact that Tencent hasn’t properly released the game internationally and that they are not in charge of the servers in all regions. In addition, Garena, the publisher in Indonesia and other countries, offers different versions in each region.

Apart from the issues to access the game and the disappointing performance in some servers, many players also experience lag issues. In order to be able to enjoy Arena of Valor from any location, or to connect to a different server and even improve lag, you can use a VPN. With a VPN service, you will be able to defeat the geographical restrictions that prevent you from accessing Arena of Valor in your location. When you connect to a VPN server, your IP address is masked and you will appear as if you were in a different country. This will allow you to access the server supported in that region. Furthermore, you can try a different server, which may help you to enjoy better performance or play with friends abroad. If you are having lag issues, connecting to a VPN server closer to the AoV server that you want to use, can also help you to enjoy faster performance in the game. We recommend the below VPN services for Arena of Valor.

With the help of ExpressVPN, you can stop waiting for an AoV server to be launched in your region. Even if there are no plans to offer the game in your location, you can play the game right now by connecting to a server in one of the countries supported. ExpressVPN has servers in over 90 countries, which gives you many options to defeat restrictions and enjoy Arena of Valor, anywhere you are. A high quality VPN like ExpressVPN will also come handy in cases when the game is blocked in your network. For instance, if you are at work or school, it is likely that the game is blocked and you won’t be able to play, even if you are on your break. ExpressVPN defeats restrictions effectively and it also offers incredible speeds.

PureVPN is a well-known name in the VPN industry and it has gained a lot of popularity thanks to its vast selection of servers around the world. Currently, they have over 750 servers in 141 countries so no matter where you live, you can be sure that you will find a server that is right for your location. PureVPN also offers excellent customer support and high quality software that will allow you to enjoy security and great speeds when you play Arena of Valor. Another advantage of choosing PureVPN is that their plans are very affordable and you can also avail of their 7-day free trial to discover how the service allows you to defeat restrictions and protect your internet traffic.

VyprVPN is a VPN solution that delivers advanced technology and great performance for gaming. They own and manage their own network of servers, which allows them to offer consistent speeds and a high degree of reliability. VyprVPN is also known for its unique Chameleon protocol, which masks your VPN traffic and allows you to defeat firewalls and Deep Packet Inspection effectively. Even if your network or the service you are trying to connect to, prevents the use of VPNs, you will be able to defeat the blocks because Chameleon covers the fact that a VPN is in use. VyprVPN has servers in over 70 global locations.

IPVanish is another great solution for gaming and activities that require a lot of bandwidth. They also are in control of their own network of servers, which translates in reliable performance and excellent speeds. IPVanish allows you to enjoy Arena of Valor and other popular games with high speeds and strong security. They have over 1000 servers in over 60 countries and the service is designed to ensure that you can defeat restrictions and enjoy access to the content you want, no matter where you are. The apps are very easy to use and they support major platforms like Windows, Mac, Android and iOS.