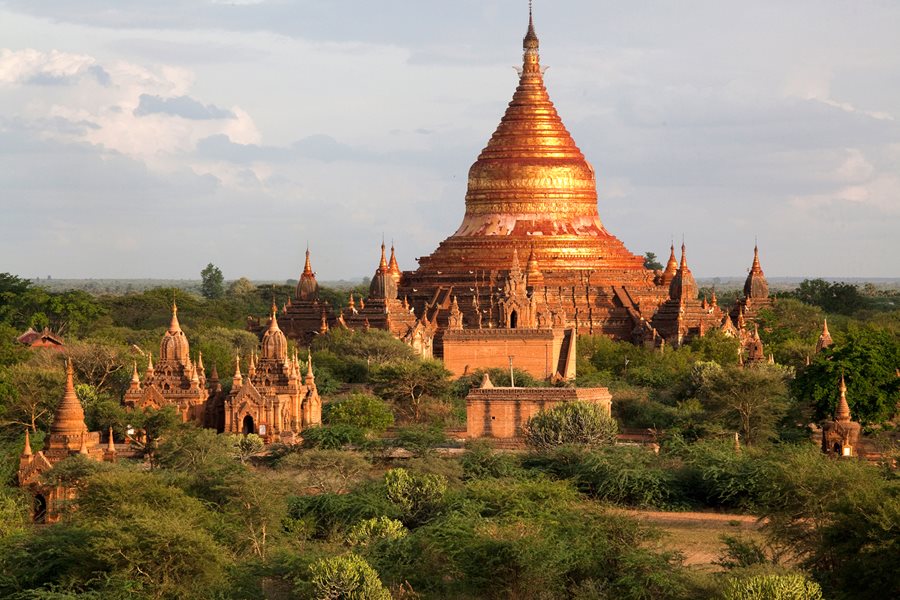 In recent years, Myanmar, also known as Burma, has become a popular tourist destination for travelers across the world, as the country offers beautiful landscapes and stunning temples. However, the country is shaped by a turbulent past and it is just now that it is starting to emerge as a country ready to embrace economic growth and technology. While internet has been available since 2000, the country still has a lot of of work to do to develop its infrastructure. The widespread censorship that ruled internet for years was reduced in 2011, but Myanmar is still considered as a restrictive environment in many aspects.

Only a small percentage of the population has access to internet due to underdeveloped facilities and restrictions implemented by the government on pricing. Things are slowly changing in Myanmar and in 2012, the economic sanctions imposed on the country were lifted, which has resulted in a wave of international investment. Additionally, websites like Facebook and YouTube, which were previously banned, are now available in Myanmar. However, access to these platforms can be very slow due to the issues with the internet network as well as the substantial filtering that is still applied in many areas.

In spite of some advances, Myanmar still ranks very low in terms of freedom of expression. The law doesn’t protect freedom of speech and up to 2012, the press had to seek approval from the Ministry of Information before publishing a news story, a cartoon or even an ad. During the 2015, the media offered extensive coverage of all the candidates and parties participating in the process. However, the local television and radio stations, remained biased towards the military and the USDP government.

It has been reported that journalists, bloggers and other internet users, have been targeted by government organizations and others, which have attempted to infiltrate heir email accounts. The country also has strict defamation laws and people have been arrested over posts on Facebook that were deemed as offensive to the military or the government. In some cases, the users involved were sentenced to prison. In the end, the religious tensions in the country have been intensified by the press, as well as posts on social media.

While it has become easier to access internet in Myanmar, it is believed that the military has extended its surveillance, intercepting online communications and launching cyber-attacks against websites, news outlets and individuals. Given the fragile stability in the country and the threats to freedom of speech and privacy, internet users in Myanmar need to take measures to protect their online traffic. Whether you are visiting Myanmar or live there, using a VPN to encrypt your communications and bypass filters is highly recommended. Below you will find a list of the most convenient VPN services for Myanmar.

ExpressVPN is a highly secure and fast solution that allows you to enjoy online freedom at home and on the go, since they have excellent desktop and mobile applications. Their plans are high when compared to other options available. However, you get what you pay for since ExpressVPN’s service is one of the best in the industry. They have servers in 87 countries, including convenient options for those in Myanmar such as Thailand, Hong Kong, Vietnam and Macau. There are many things to like about ExpressVPN, including its fast servers and a strong privacy policy that promises that no logs are kept of your traffic.

If you want to maintain the privacy of your online communications and defend your online freedom, let NordVPN take care of your VPN connection. This Panamanian provider is recognized for its strong commitment to protect the data of its customers. They offer solutions that will allow you to enhance the security of your online activities, including double data encryption and Tor over VPN. Apart from these features, NordVPN has a zero logs policy, meaning that they don’t keep track of your connection or your online traffic. It is a highly recommended option for users in Myanmar who are concerned about their privacy.

AirVPN is another top choice in terms of privacy. The service was established by a team of hacktivists and legal experts concerned about online freedom. From the start, AirVPN has been committed to provide a high level of security for its users. Apart from offering high encryption, they support VPN over Tor and SSL and SSH tunneling, which bring your privacy to the next level. They don’t keep logs of your online traffic and accept Bitcoin and other cryptocurrencies like Litecoin and Peercoin. Most of their servers are in Europe, but they also have presence in Hong Kong.

PureVPN is an excellent choice for users in Asia since it has a large selection of servers in the continent. Customers in Myanmar can connect to servers in neighboring Thailand, China and in India, Vietnam, or Hong Kong, which is not too far and offers a better option as it is much less restrictive. In fact, when it comes to locations, PureVPN is the most convenient VPN service as it has servers in 141 countries. Thanks to its great global coverage, PureVPN offers a versatile and fast service. They also offer top encryption to protect your data from eavesdroppers and no logs are kept of your traffic.

With VyprVPN’s exclusive Chameleon technology, you will be able to bypass firewalls and deep packet inspection effectively. This protocol is designed to disguise your OpenVPN traffic to prevent it from being blocked. They have over 700 servers in more than 50 countries, giving you a good selection of options to mask your IP address and bypass censorship. Their customer support is excellent and it provides professional and reliable assistance with any issues that may arise. VyprVPN Pro and Premier plans offer a high level of security and give you access to a wider selection of features.