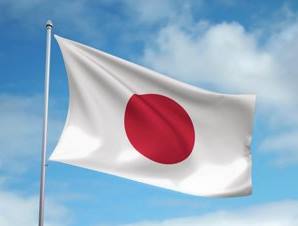 Internet users in Japan get access to a great range of content, specially when it comes to online games. That explains why many people would like to get access to the the apps that Google Play offers in Japan only. Due to the geographical restrictions implemented on Google Play, international users are not able to download apps that are only intended for the Japanese market. However, there is a way to bypass these blocks and get access to a wider selection of content. It is possible to access Google Play Japan, even if you live in a different country. Here you will find out how to defeat the geographical blocks so that you can install Japanese apps from Google Play on your Android device. 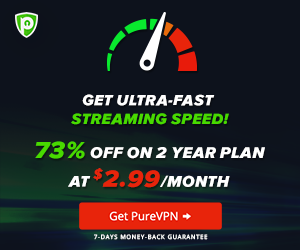 If you live outside Japan, you are missing out on great apps that Google Play only offers in that country. Users in Japan get exclusive access to highly entertaining apps such as Gitadore, Taiko no Tatsujin and eAmusement. In order to be able to download these apps, a Japanese Google Play account is required. Thankfully, you can create a Japanese Google Play account with the help of a VPN. Once you connect to a server in Japan, your IP address will be changed, which will enable you to unblock apps from Google Play Japan. Before we present a list of the most effective VPN services to access Google Play Japan, we will go through the process that you need to follow to enjoy access to apps that are only available on Google Play Japan.

Creating a Japanese Google Play account will open the doors to an amazing collection of apps. With a VPN, you will be able to appear as if you were located in Japan, which will give you the possibility of creating a Google Play account that offers access to popular Japanese apps that are not available elsewhere.

1. Sign up for a VPN that has servers in Japan. Later on in this article, you will find a selection of the best options
2. Once you have registered for the VPN of your choice, you will be able to set up the software on your device. Run the VPN and check the list of servers.
3. Select a server in Japan and connect to it. Once you have established a connection, you can go to Google (link https://accounts.google.com/SignUp?continue=https%3A%2F%2Fwww.google.co.jp%2F%3Fgws_rd%3Dssl%26pli%3D1&hl=en) and create an account. Don’t forget to choose your location as Japan there too.

After creating a Japanese Google Play account, you can install a variety of apps that were not available to you before. Many of these apps are unique games and you will discover new and thrilling options in Google Play Japan. Here is how you can install the apps on your Android device.

1. Go to Settings in your Android smartphone or tablet
2. Scroll to Manage applications and press Enter
3. Find Google Play and tap on it
4. Select Clear data & clear cache
5. Return to Menu and open Google Play
6. Sign in using the Japanese Google Play account that you previously created. After signing in, you will be able to install apps from Google Play Japan as if you were actually there.

We recommend the below VPN providers for anyone who wants to access Google Play Japan and install the exclusive apps that the digital store offers. These VPNs have servers in Japan and they provide high quality software, as well as top performance.

While ExpressVPN may be slightly more expensive than other providers, the price is justified by the impressive speed of the service, its high security and fantastic mobile apps. You can connect to servers in over 90 countries, including Japan. ExpressVPN has ultra-fast servers that will allow you to stream, play or download content without hassle. Their customer service is excellent and you can contact them at any time.

PureVPN is a popular name in the VPN industry and it has managed to combine good speed, user-friendly software and strong security in its service. Their network covers 141 countries, which makes it one of the best options if you are looking for access to content from around the world. If you specifically want to unblock Google Play in Japan, PureVPN is a great choice since it offers fast performance, practical features to bypass restrictions and it has servers in Tokyo.

HideMyAss also known as HMA, is another solution that provides an impressive network of servers around the world. They have multiple servers in Japan, located in Tokyo and Okinawa. HMA is a well-established provider that has been in the industry for many years. Apart from covering over 190 countries, HideMyAss provides a great selection of features to secure your connection and to help you to bypass online restrictions. It will help you to access Google Play Japan from anywhere in the world.

NordVPN provides high security to keep your online traffic protected from threats and it also allows you to bypass restrictions effectively. The provider has a strong no logs policy and a reliable network of servers. They have multiple servers in Japan and their guides and customer support are excellent. NordVPN supports advanced features like double hop encryption so if security is your main concern, it is the right choice.