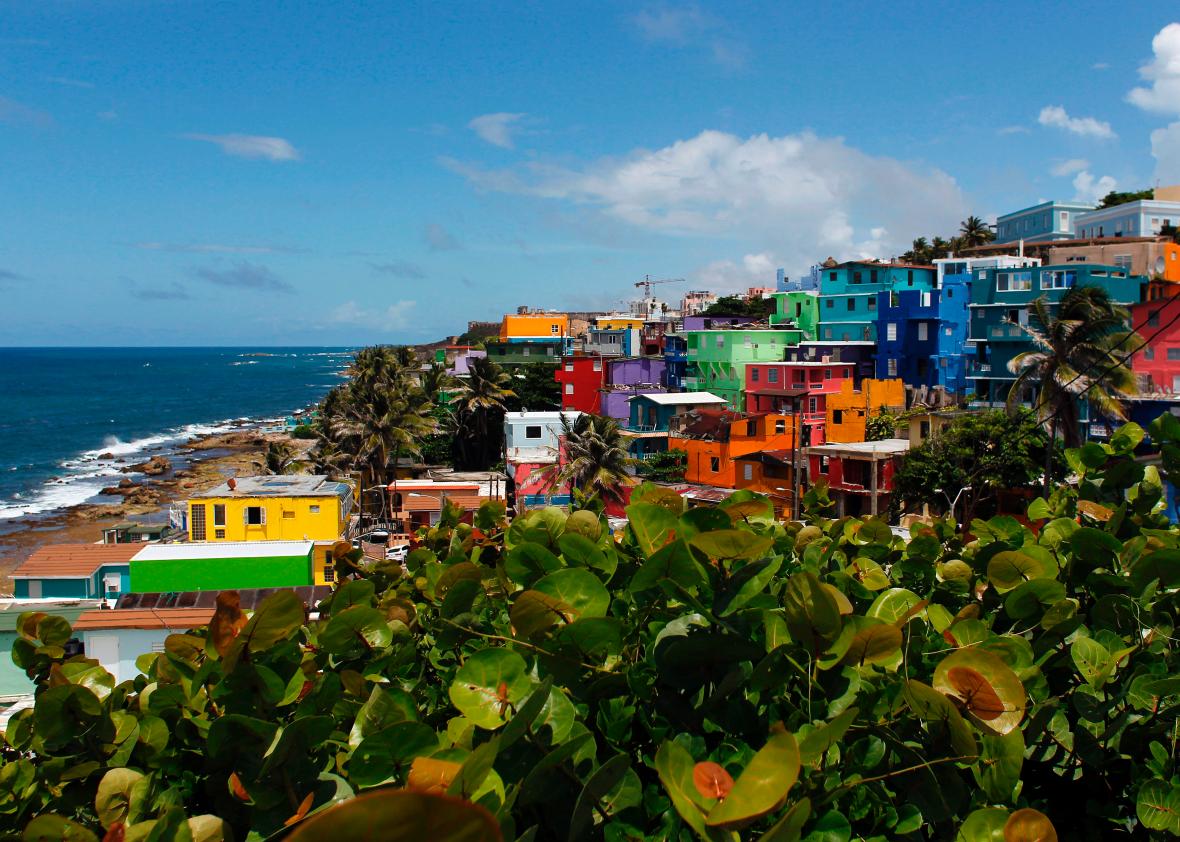 Colorful architecture, vibrant culture and beautiful beaches are some of the welcoming gifts that those who travel to Puerto Rico, will find upon arriving to the island. Puerto Rico is known as the island of enchantment and it certainly delivers an appealing combination of beauty, fun and rich history. Puerto Rico also stands out thanks to its political status as an unincorporated territory of the United States. This means that while it has its own government, it is not fully autonomous and it is subject to US laws, although only partially. The United States took control over Puerto Rico during the Spanish-American War in the late 19th century. In 1917, The US Congress passed the Jones-Shafroth Act, which granted US citizenship to Puerto Ricans born on or after April 25 1898. In the 1950’s Puerto Rico started to be referred as a commonwealth, which refers to the fact that its local constitution was approved by the US Congress, noting that federal control over the Island was not reduced.

Since 1967, there have been five referendums (1967, 1993, 1998, 2012 and 2017) related to the political status of the island. The latest referendum, held in 2017 gave voters the option to choose if they wanted Puerto Rico to acquire Statehood, or if they preferred Free Association/Independence, or to keep the Current Territorial Status. The vast majority of voters opted for the Statehood, but the low turnout (only 23%), which was attributed to a boycott from the opposition, means that it is unlikely that these results are enough to make Puerto Rico, the 51st State of the US. After all, in the previous referendum held in 2012, the majority of voters also supported the Statehood, but the US government didn’t move forward with any changes in the Island’s status.

Although Puerto Ricans are US citizens, they can’t vote for President if the live on the island and their representation in Congress is only limited. In 1950, there was a series of uprisings seeking the independence for Puerto Rico, but they were suppressed by the National Guard. There idea of an independent Puerto Rico is supported by many people in the Island and abroad. However, the Puerto Rican Independence Party hasn’t enjoyed a massive support in the local elections. Still, when Hurricane Maria hit Puerto Rico in September 2017, the unequal relationship before the United States and the island, as well as the perceived abandonment from the US government came again under the spotlight. The hurricane devastated Puerto Rico’s infrastructure, affecting mobile and fixed networks and causing a near complete Internet outage.

Internet access is not subject to heavy restrictions in Puerto Rico and the island enjoys a Free status as per the latest report (2016) of Freedom House. It is estimated that at least 82% of the population have access to the internet. However, connections tend to be slower than in mainland United States and the service is more expensive. Puerto Rico is still recovering from the effects of Hurricane Maria and it’s relationship with the United States still facing challenges. When it comes to internet freedom and privacy, that relationship is important because it has allowed the NSA and the CIA to use Puerto Rico as an strategical hub to carry out spying operations on many Latin American countries. According to some of the documents leaked by Edward Snowden, these US agencies held a joint operation from a US Navy Base in Puerto Rico.

Using a VPN in Puerto Rico

Since Puerto Rico is subject to many of the laws applied in mainland United States and it is under the jurisdiction of the NSA, one of the major enemies of privacy in the world, when you connect to the internet in the island, it is important that you take measures to protect your online traffic. Apart from the threats of online surveillance carried out by government agencies, your data could also be intercepted by hackers. If you visit Puerto Rico or live there, the best option to prevent an invasion to your privacy and to avoid becoming a target of cyber crime is to use a VPN. Furthermore, a VPN will also allow you to bypass geographical locations so that you can access content that is not available in Puerto Rico. Here are the best options to consider.

NordVPN is based in Panama and it is known as a highly secure and reliable VPN solution that keeps your privacy protected. The fact that they operate from Panama means that they are away from the jurisdiction of US agencies like the NSA. In addition, NordVPN doesn’t keep logs of your online activities and thanks to its remarkable security features, your privacy will be protected. Currently, their network has over 1000 servers in over 50 countries. If you are in Puerto Rico, NordVPN is an excellent choice to defend your online privacy and to defeat restrictions.

ExpressVPN gives you the chance to connect to servers in over 90 countries, including the United States and many locations in Latin America that will be convenient for Puerto Rico. ExpressVPN offers strong encryption to keep your internet traffic private and it allows you to enjoy outstanding speeds and great customer support. ExpressVPN protects your privacy and allows you to defeat restrictions with amazing speeds. They don’t keep logs of your online activities and are based in the British Virgin Islands. ExpressVPN is also a fast solution to stream content, even if it is not available in Puerto Rico because it lets you bypass blocks.

VPNArea also offers advanced technology and it is a provider with a strong commitment to protect your privacy and security. VPNArea uses AES-256 encryption to keep your information safe. Furthermore, they reinforce your privacy with advanced features like anti-DNS leaks, anti-IPv6 and anti-WebRTC protection. This prevents your IP address from being exposed. VPNArea has servers in over 60 countries and they are another ideal solution for users in Puerto Rico who want to use the internet securely and bypass restrictions.