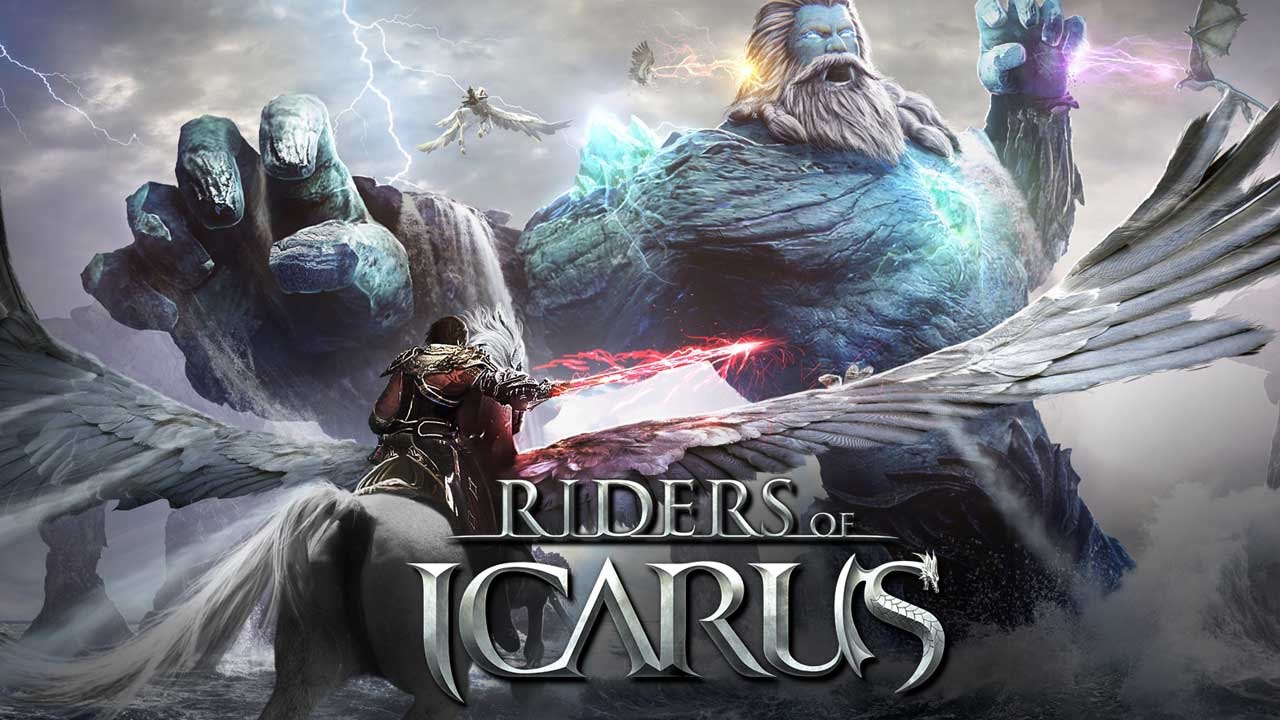 Previously known as Icarus online, Riders of Icarus is a free-to-play MMORPG developed by WeMade Entertainment and published by Nexon. The Beta version of the game was available for a while in Asia, before it was announced that Nexon has the distributing rights for North America, which generated a lot of anticipation among fantasy MMORPG fans. The game was finally released in Summer 2016 and it has gained popularity thanks to its stunning visuals and unique aerial combats while mounting dangerous winged beasts. You can collect a wide selection of flying creatures including dragons and take them to battle as your own mounts.

What makes Riders of Icarus stand out is the thrilling action that it offers as you battle in the sky, on the back of a wild winged beast. There are also land creatures that can be trained to get full advantage of their special abilities. Apart from taming wild beasts and becoming a legendary warrior in the sky, players of Riders of Icarus can explore magical realms. Players can select between five classes :Wizard, Berserker, Priest, Assasin and Guardian. The environment are rich in details thanks to the use of the CryEngine 3, a highly advanced solution for game creation.

While the game has received mixed reviews, the fact that it is available for free and that it offers a great deal of action and adventure, has captured the attention of players around the world. The graphics look great and the aerial fight sequences on the back of a flying creature, are captivating. Riders of Icarus supports PvP features and allows you to test your skills against other players, taking part in real-time duels, guild wars, arenas and more. It also allows you to enjoy a combat experience that combines point-and-click and action gameplay.

After a limited initial release, Riders of Icarus has extended the list of countries that are able to access the game. However, there are still many locations that are not supported, according to Nexon’s official site, include India, Philippine, Russia and Israel. Japan and other Asian countries have their own versions, but players in those regions can’t access the NA version. This is why many gamers opt for a VPN, in order to bypass geo-location restrictions. Although Nexon has a policy that bans VPNs, there are some advanced options, capable of disguising VPN traffic to make sure that it is not detected. You can try the below VPN services as a solution to defeat the blocks and enjoy the fantastic world of Riders of Icarus.

ExpressVPN is one of the most effective solutions when it comes to gaming. Apart from offering remarkable speeds results through its VPN, this reliable provider offers specialized SmartDNS, which may come handy for streaming as well. The advanced technology and broad selection of server locations (they currently support 87 countries), also make ExpressVPN a good option to defeat geographical restrictions. They offer DDoS protection and allow you to connect to gaming servers across the world, without hassle. There are no traffic logs kept and data is protected with a high level of encryption.

TorGuard aims to offer top speeds for MMO and MMORPG games and its service can help you to bypass geo-blocks in order to access gaming servers, while improving response times. Their network of servers covers over 50 countries and they include a free Viscosity license with their service. Viscosity is considered by many as the best OpenVPN build so it is great to see that TorGuard offers this option without extra charge. TorGuard also has stealth servers that will allow you to bypass firewalls effectively.

Although VPNArea is a relatively new name in the industry, it has already earned recognition thanks to its highly secure, fast and reliable service. Their network is continuously being updated and they currently have servers in 60 countries. The fact that they don’t keep any logs, will appeal users who want to protect their privacy. They offer efficient routes that can improve your speeds and ping. Convenient features like speed testing, kill switch, as well as DNS leak and IPV6 leaks protection, are also available.

If you are looking for a low-priced option that is also effective and easy to use, you need to check PIA. Their service offers useful features like kill switch and DNS leak protection, they also encrypt data with high security and allow you to bypass restrictions, all for as little as $3.33 per month when you subscribe for a full year. PIA has servers in 24 countries, but the locations are strategically selected to offer favorable speeds for streaming and gaming. Since they are also committed to privacy, they don’t keep logs of your online traffic.

Golden frog is a well established Internet consortium from Switzerland and it offers VyprVPN, an effective solution to bypass geographical blocks and secure your online traffic. They run their own tier-1 network, with servers distributed across over 50 countries. One of the best features of VyprVPN is its exclusive Chameleon technology, which allows you to overcome blocks effectively as it scrambles OpenVPN packets, making them practically impossible to detect via Deep Packet Inspection. VyprVPN also offers effective speeds and you can expect minimal latency.