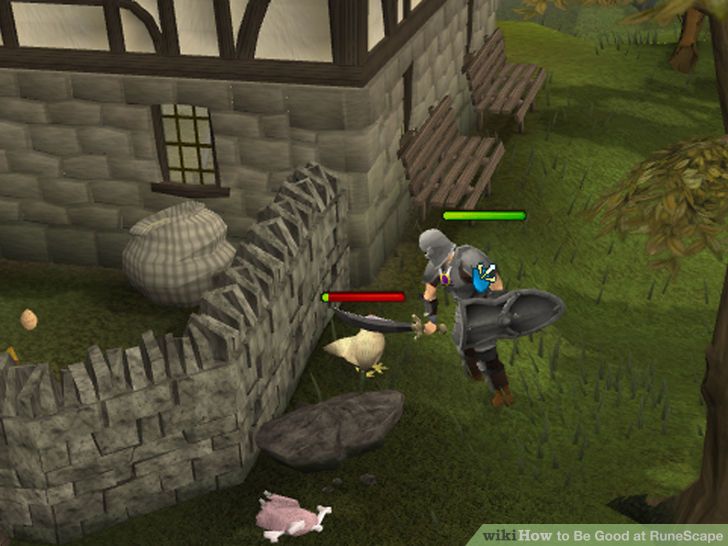 Runescape has been around since 2001 and even after all these years, it is still engaging players thanks to its fascinating settings and continuous updates. The game has managed to keep up with the demands of millions of players around the world and in fact, it is considered as the most-updated game in the industry. Runescape also holds the Guinness record as the world’s largest free MMORPG. It is estimated that over 200 million accounts have been created throughout the history of the game. The original Runescape can be played as a graphical browser game implemented on the client side in Java and it features 3D rendering. In April 2016, the NXT client, a non-browser based version was released.

This medieval fantasy game is set in Gielinor, a realm with different kingdoms and cities. There are different ways to explore the land and different challenges and monsters are found in each region. The game offers a convenient introduction module for beginners, which takes new players through the main concepts of Runescape and helps them to become familiar with the world of Gielinor. Once you learn about the ways to move through the game, you will probably become hooked thanks to the freedom that Runescape offers. You can acquire a variety of skills and take part in a dangerous quest and engage in combats.

Improving your combat techniques is an important part of the game, but you can also work on other skills like mining, fishing and cooking, which will help you to move up levels in the game. The servers are known by players and by Jagex (the publisher of the game), as “worlds” and they are located in a variety of countries including Australia, United States, Ireland, Finland, Mexico, Lithuania, Sweden, New Zealand, Norway and United Kingdom. Runescape is very popular around the world and it offers the possibility to upgrade to a paid option to enjoy a more challenging gaming experience.

Why do you need a VPN for Runescape?

There may be cases in which you are unable to access the game due to the restrictions implemented in your school network. Some organizations place firewalls that prevent access to certain websites and applications. Games like Runescape are often affected. The restrictions may be placed to prevent high bandwidth use or to make sure that you focus on your studies, but if you want to play during your break, not being able to access the game can be very annoying. A VPN can help you to bypass these restrictions to access games and other content restricted in your network. Just bear in mind that circumventing these firewalls may be against the School’s code of conduct so caution should be exercised.

If you are worried about the security and privacy of your connection, a VPN can also help since it encrypts your traffic, preventing eavesdropping and other threats. Security is important for players since those who want to cheat may launch attacks to affect your performance in the game. By changing your IP address and securing your connection, a VPN lets you enjoy a seamless experience. While in general, VPNs can slowdown your connection, there are cases in which they actually improve the speed by offering shorter routes between your computer and the game servers.

It is important to choose a paid VPN service as it offers reliable performance and high level of security. Additionally, they are less likely to be used by those who want to engage in botting and other activities that lead to a Runescape account being banned. Jagex can target IPs that are associated to actions that go against their terms, but most of those IPs belong to free VPNs that are not secure. Using a trusted VPN service for legitimate purposes such as security and defeating online restrictions, should not get your Runescape account into trouble. After all, using a VPN is not against their rules and many players rely on the below providers to enjoy a secure and flexible gaming experience.

Although ExpressVPN is slightly more expensive than other options, it is money well spent because it offers remarkable speeds and high quality software. Their servers are distributed across 87 countries. With ExpressVPN you can enjoy strong security to protect your online traffic from eavesdroppers and attacks.They include SmartDNS with their service.

VyprVPN is a great solution for Runescape and other games thanks to the advanced technology that it offers to overcome firewalls. With their exclusive Chameleon feature, you can bypass restrictions and play your favorite titles. They have servers in over 60 countries and can offer fantastic speeds and reliable performance, thanks to the fact that they manage their own network.

PIA offers affordable prices, good security, reliability and decent speeds for gaming, streaming or downloading. You can bypass restrictions without issues and keep your IP address disguised. They have servers in 24 countries and cover the most popular locations for gaming and streaming content. PIA has thousands of servers available so you have many options to secure your connection.

PureVPN stands out from the competition by offering an incredible global coverage. This provider has servers in 141 countries and it also offers reasonable prices and good software. With their practical split-tunneling feature, you can separate VPN traffic from your regular traffic. You can decide which applications are routed through the VPN, while the rest of your traffic users your regular bandwidth.

With TorGuard, you can defeat blocks to access gaming servers and at the same time, you can enjoy shorter routes to enjoy a better gaming experience. They have servers in more than 50 countries and a free Viscosity license is included with their service. TorGuard has stealth servers designed to bypass firewalls effectively.