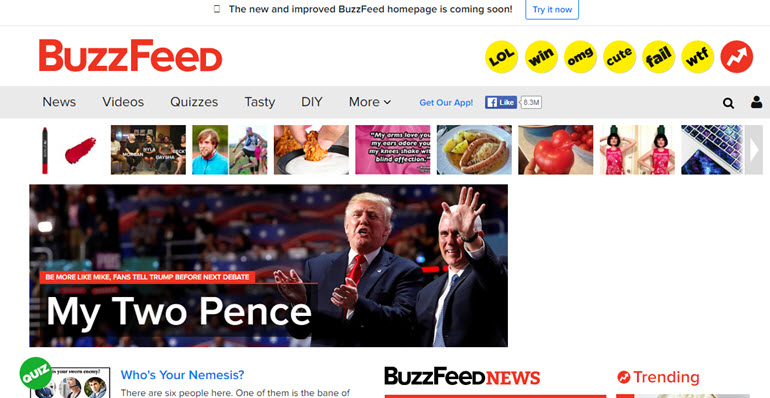 A group which claims affiliation to the hacking group OurMine is said to have breached a part of the Buzzfeed website, and managed to deface some articles on the website. The hacker is also said to have boasted that they had they had a copy of the site’s database.

A headline on one of the articles read as such, HACKED BY OURMINE. The page also continued to write under the heading that, Don’t share fake news about us again, we have your database. Next time it will be public. Don’t f**k with OurMine again.

A Google search of the cached Buzzfeed pages shows about three articles which have their headlines changed by the hacker to ‘Hacked By OurMine,’ or another variant of that sort. Wednesday morning saw two of the pages links show not found error reports, and the other article, an article which was written by British staffer, Kimberley Dadds, seemed to have been returned to the normal page of the original version on the website.

OurMine hacking group has been in the limelight lately after drawing attention to itself for gaining access to the social media accounts for some various famous people. The group hacked into the accounts of some high profile staffers and CEOs, and celebrities too.

The group’s modus operandi involved them tweeting or rather publicly broadcasting that they had hacked an account straight from the victim’s account. In the tweet they would put a link which would go straight to their website, and in doing all this, their claim was that they wanted to improve the security of the victim. However, the user has to pay to secure the account.

There was a slew of massive data breaches over summer that finally were disclosed and revealed. In most cases of the breaches, they involved the email addresses, the passwords of the people involved. Various hackers can now use this data to against the various other sites hoping that the credentials will work.

Unfortunately fortunately for them, password reuse by people is very common, and it was one of the ways that OurMine managed to access the accounts. Another issue is the access of accounts from third party applications.

Buzzfeed posted a brief statement through their Twitter page which noted that the hacks they had suffered were as a result of one of their articles which mentioned that one Saudi teenager was probably the one responsible for all the hacks against celebrities and CEOs. The article must have been deleted during the hack as it is now offline. The company however said that they were working to return all articles including the contentious one.

On its own website, OurMine published a message which said that the Buzzfeed article was falsely identifying one of its members, therefore they had hacked it for false information.