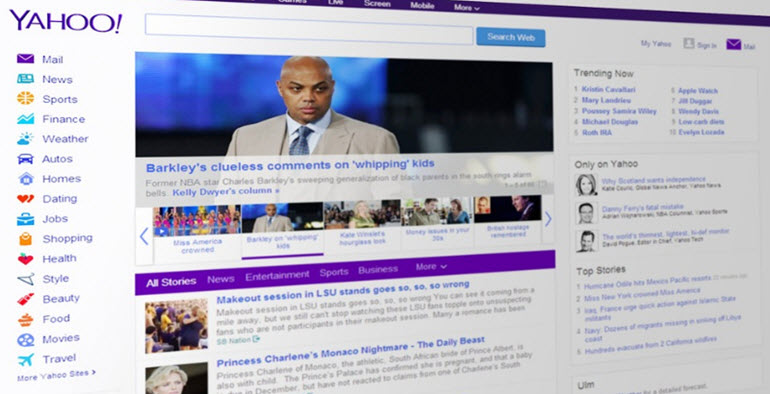 Yahoo recently disclosed that they were victims of a hack that happened back in 2014 which resulted in close to 500 million accounts being compromised. The company also claimed that the hack was state sponsored which has raised questions of which country targeted them. The usual suspects when it comes to state sponsored hacking such as China, Russia and even North Korea come to mind, experts say.

The stolen information from the Internet giant might have included usernames, email addresses and scrambled passwords. There were also some unencrypted and encrypted security questions and their answers which would help someone to gain control of an account entirely. Yahoo was under pressure to explain the hack on Friday and how it had sustained such a massive breach.

Most cyber experts believe that the attack was actually done by Russians as retaliation for the worldwide blanket ban that was targeted towards their athletes after a whistleblower had revealed evidence of state sponsored doping. The Russian Olympics and Paralympics teams did not qualify for the respective games as a result of the ban. Even though there is evidence which might show that these countries might have had motivation, the reason for attacking Yahoo is unknown.

Chinese hackers have been known to be plunderers of industrial and corporate secrets and they are also known to have started a breach that targeted US government files on the employees and the hack they performed was said to have targeted close to 21 million people. The hack led to the US quickly withdrawing its US officials from the country so as to protect their lives.

Analysts also noted that political motives could be changed to commercial ones also. Shashank Joshi said that Russia would also feel a need to conduct one large scale hack on a giant like Yahoo because of its incredible value as a commodity. Joshi is a senior research fellow at the London Royal United Services Institute. The Russians might need the information to get access to maybe Russian dissidents or US citizens, but the information would be hard to get because of the encrypted passwords put by Yahoo.

Julien Nocetti, an analyst from the French Institute of International Relations also said that the hack was too big for one independent to carry out on its own. He said that the scale of the revelations of Yahoo showed that there had been a lot of resources, technical equipment and there was coordinating required. He said that he was positive the move was state sponsored. He also said that since the Russians and the US have been at loggerheads with each other because of the Syrian War, so the American cyber defenses were being tested.

However, Yahoo has not showed any evidence yet to support its claim that the hack was state sponsored. This is one of the big problems when it comes to cyber-attacks, Joshi said. However, he does believe that Yahoo would not blindly pointing the finger without having any proof to their accusations. He said that most of the times people look at hacks and notice the signatures and then from there they could check what they know about it.