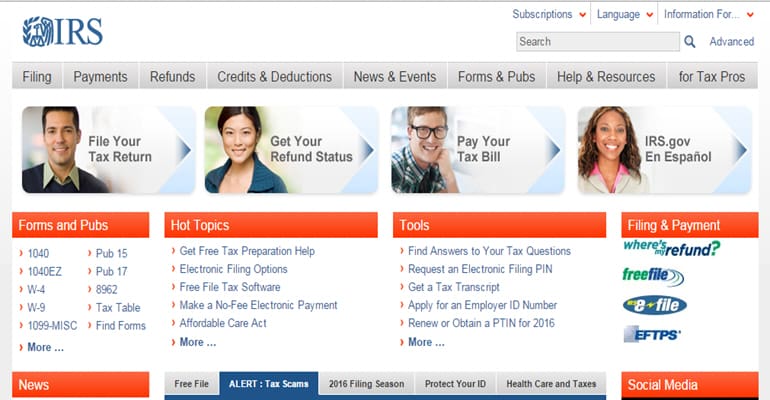 A nine-month review conducted by the Treasury Inspector General for Tax Administration (TIGTA) revealed that the IRS allowed hackers to view account details of over 700,000 U.S. taxpayers through a poorly thought out website feature.

The cause of the fact is the new “Get Transcript” function which the IRS implemented on their website in May last year. This function allowed users to view their tax account transactions and line-by-line tax return information online after only responding to a few identification questions. Hackers who already had obtained data such as social security numbers from other hacks could easily gain access to data.

IRS account data could then allow them to impersonate the taxpayer, submit a false tax return and collect a tax refund. The IRS have now disabled the feature from their website, but not before a large number of accounts were compromised. It was initially suspected that around 100,000 taxpayer accounts had been accessed by hackers, the revelation that the breach was much bigger will be a huge embarrassment to the IRS among growing concerns about identity theft and tax fraud.

TIGTA will only release their findings in full later this year, but information that has been made public already shows that the IRS has serious and longstanding security issues. In the past, the tax agency failed to properly screen workers who had access to personal data from taxpayers. The IRS also disclosed recently that they have detected over 450,000 attempts to gain access to e-file personal identification numbers in January. They were only able to block 3 quarters of those attempts.

IRS Commissioner John Koskinen stated that the agency is doing as much as possible to help taxpayers affected by the hack and to prevent future breaches like this one from happening. The IRS plans to mail notification to taxpayers whose accounts have been flagged for suspicious activity and offer them extensive assistance free of cost, including free Equifax theft protection for a year and IRS personal identification numbers.

It remains to be seen if these efforts will be enough to calm anger at the agency’s blunders in the last few years. During a hearing, earlier this month, the chairman of the House Committee on Oversight and Government Operations accused the IRS of putting taxpayers at risk and being grossly incompetent. Unless the IRS improves its practices its current bosses could end being targeted by impeachment.