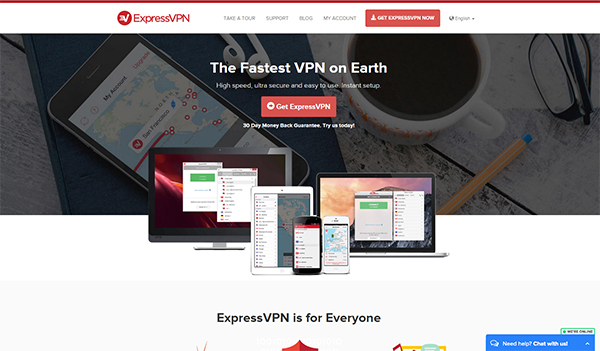 VPNs are used around the world by people who want to protect their online privacy and remain anonymous. This technology helps internet users to defend their personal information from hackers and eavesdroppers. Unfortunately, in some instances, VPNs have been used for criminal purposes. As reported by Turkish news outlets  the Turkish authorities seized a VPN server run by ExpressVPN, as part of their investigation into the assassination of Russian Ambassador to Turkey, Andrei Karlov. Off-duty police officer Mevlüt Mert Altintas carried out the assassination.

During the course of the investigation, it was established that someone logged into the police officer’s Facebook and Gmail accounts and deleted conversations related to the assassination. Turkish authorities determined that a VPN was used to hide the real IP address of the perpetrator. While the Turkish police was able to establish that the VPN server used was operated by ExpressVPN, the investigation has reached a dead end. Although the authorities seized the server, they were not able to find any logs stored on it that could lead to the identity of the person who deleted the crucial information from Altintas’ accounts.

In a statement released by ExpressVPN about the situation , the provider explained that after being contacted by Turkish authorities in January 2017, it informed them that it doesn’t have any logs that would allow investigators to find out which customer used the IP addresses that were allegedly used in this case. In addition, since ExpressVPN doesn’t keep logs of its customers’ activities, it was not able to see who accessed Gmail or Facebook during the time cited by investigators. Upon seizing and inspecting the VPN server involved, the Turkish police confirmed that as stated by ExpressVPN, it was not possible to find any information that they could use to identify the perpetrator.

Although ExpressVPN keeps some statistic logs for maintenance purposes, the information doesn’t include IP logs or timestamps. This means that the privacy of its customers is still protected. While the company cooperated with the request from authorities, even when they seized their server before that, ExpressVPN simply wouldn’t be able to provide information that it doesn’t have. In this case, it was proven that ExpressVPN is true to its privacy policy and that as promised, it doesn’t keep logs that can be used to identify users or to uncover their activities. While this case exposed the dark side of VPNs and how they unfortunately may be misused, ExpressVPN and other serious VPNs are focused on offering security tools for everyday users who want to defend their right to online privacy. The fact that the provider stands by its word of protecting the privacy of its customers is the positive side of this story.