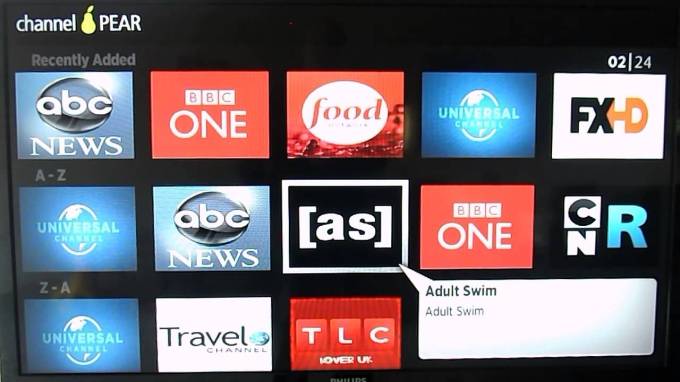 Not long ago, Roku removed XTV, one of the most popular private channels in the platform. Many Roku users relied on XTV to enjoy access to premium content for free. Now, Roku has taken action on Pear, another private channel that enabled people to watch TV shows, movies and more. The problem with Pear and XTV is that they were offering pirated content. Pear had become an alternative to XTV, but now it is clear that Roku is cracking down on private channels that go against their policies and that infringe copyright. After Roku banned Pear, those who tried to access it came across an error message telling that the channel is no longer available due to a copyright claim from a third-party. In addition, the message mentions that Pear was against Roku’s policies.

Why is Roku taking action on private channels?

Roku faced issues in 2017, when the sale of Roku devices was banned in Mexico due to piracy concerns. Mexican cable provider Cablevision claimed that Roku devices were being used by hackers to provide access to pirated content. Cablevision felt that Roku was not doing enough to prevent the inappropriate use of its platform. Following a court order, Roku was not able to sell its devices in Mexican territory. Roku is determined to avoid similar issues in the future, so it is taking measures against the channels that are not in compliance with its policies.

What are Roku private channels?

There are Roku channels that you won’t find on Roku’s official store. The possibility of creating private channels was implemented by Roku to allow independent developers to test their channels before making them publicly available. If you try to add them to your Roku device, you will see a warning message, letting you know that the channel is not certified by Roku. This means that Roku has not approved this channel and cannot confirm that it complies with its policies. If you decide to access these channels, there is a risk that find inappropriate content. Plus, if the channel offers illegal or pirated content and goes against Roku’s policies, it will be removed without previous notice.

What is the future of Private channels on Roku?

Roku is actively taking action on private channels that are infringing copyright and that are not in compliance with the platform’s terms and conditions. Channel developers are now required to use an email address that has been verified. They also have to link at least one Roku device and register a payment method to their account. These measures are set to allow Roku to monitor private channels and to keep record of the developers behind them. Developers are less likely to include illegal content in their channels if they know that Roku has information that can be used to identify them.

What other private Roku channels may be banned?

Now that Roku has removed XTV and Pear, it is very likely that other private channels will suffer the same fate. Roku is probably monitoring its platform closely to identify any channels that are offering content that is illegal or that doesn’t comply with Roku’s policies. Although accessing private Roku channels comes with some risks, if you decide to try them, it is advisable to use a VPN service. This will protect your privacy and will help you to overcome restrictions, in case the content that the channel offers is subject to geographical restrictions. ExpressVPN is one of the best services available because it is fast, secure and it offers advanced features. It doesn’t keep logs of your activities.