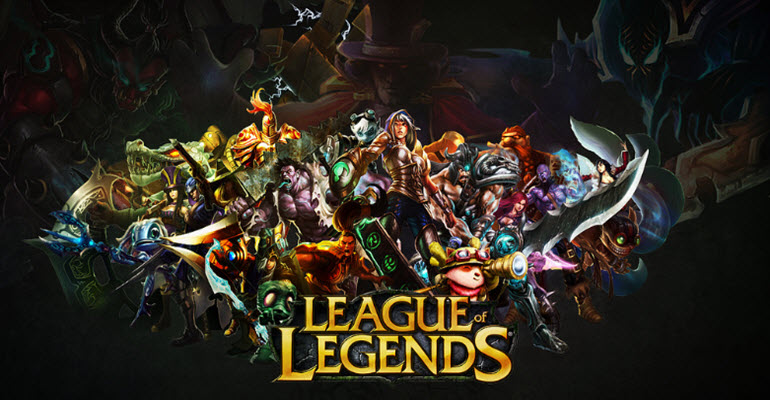 League of Legends is one of the most popular multiplayer online games today. The game is played by over 67 million users each day, which speaks about the huge popularity of the game. Since almost everyone reading this knows about League of Legends, we will get down to the main issue here, which is using a VPN for League of Legends. We will provide you with a list of the 5 best VPNs you can use to play League of Legends. But before that, you need to understand why using a VPN is important here.

We will provide you with a list of the 5 best VPNs you can use to play League of Legends. But before that, you need to understand why using a VPN is important here.

VPN effect on League of Legends

Talking about why VPNs are useful for League of Legends, it is quite common for users to be unable to play in certain leagues due to them being available for people in select parts of the world. This means that users miss out on a lot of leagues. Using a VPN, though, can help you out there. VPNs help you change your IP address, so all you need to do is choose an IP from the area you wish to connect to, and you’re good to go. Another advantage is that VPNs protect you from DDoS attacks, which is a strategy that people use to hamper the gameplay of their opponents.

League of Legends is an online multiplayer game, and like all multiplayer games, your gaming experience can vary significantly depending on your internet speed. Now, it is true that using a VPN can significantly reduce your connection speed due to the extra hops it needs to make as well as due to the overhead of encryption. However, VPNs can also boost your speed, depending on the distance of the gaming server from the server you are connected to.

Top 5 VPNs for League of Legends

IPVanish is one of the best VPNs in the market today. They offer a large number of servers across more than 60 countries of the world, so you have a lot of connectivity options. The connection speed is pretty good, there is no limit on bandwidth, and the client is quite simple to use. The only downside is that it is not compatible with iOS.

PIA is renowned for its blazing fast connection speeds and reliable connections. They have servers in 13 countries only, but the number of servers they have beats any other VPN by a fair margin. Users can easily switch between servers as and when they want, and since it is one of the cheapest VPNs, it is a great pick for gamers.

ExpressVPN is one of the best VPNs for gamers today. Their high-speed connections, large server count, and prompt customer service make them a popular choice among gamers. ExpressVPN is compatible with all devices as well, and they also offer a 30-day money back guarantee.

BolehVPN is quite popular with Asian gamers since it is based out of Malaysia and offers high speed for them. Users in other parts of the world don’t find any problem with their connection speeds either. The software is easy to use, and they also have private game hosting on their service, which is a big plus when we are talking about this context.

VyprVPN has attracted unwanted attention regarding their logging policy, but they do offer great connection speeds and have a knowledgeable support base. The connectivity options are numerous, making this another viable option for League of Legends enthusiasts.

In this article, we talked about why VPNs are useful for playing League of Legends, and provided you with a list of the top 5 VPNs for League of Legends. All the VPNs discussed here are good enough, and you can visit the website of the vendors to make the decision.