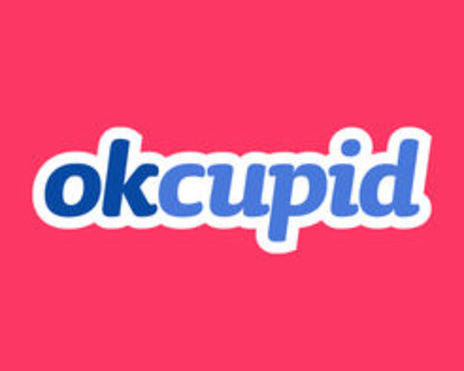 Launched in 2004, popular dating website, OkCupid is known as a social networking and friendship site where numerous users find and meet friends and special someone. This site uses multiple choice type of questionnaires which are used to match individuals who their system would think as compatible. For this site to continue its operations, advertisements support them at the same time they sell user data for data mining purposes. Though these methods of support are popular, it is still important to protect your connection and one way to do that is through the use of a Virtual Private Network or more commonly known as VPN.

okCupid is owned by IAC which is also the parent company of Match.com which is another popular dating site and we suggest that whenever you connect to any dating site, to connect to a VPN. The reason behind this is through a VPN, your online activities will be kept private.

Another reason why you need to have a VPN is that numerous dating sites are being hacked all the time. Though VPNs could not stop others from stealing your data, it could make it more difficult for hackers to get through your data which lessens the chance of your sensitive information being used for criminal activities. Furthermore, a VPN could provide you a layer of encryption and keep your browsing history private whenever you connect to a public WiFi.

Another reason is that OkCupid restricts you from accessing other profiles that are outside your region. Through a VPN, you will be able to unblock geographical restrictions.

What is the best VPN for OkCupid?

To determine which VPNs are best to be used for OkCupid, we have created a list of criteria and they are the following:

Together with MediaStreamer, ExpressVPN has the ability to unblock geographical restricted content including live sports event. This VPN service provider is based in British Virgin Islands which means, they are not under the jurisdiction of the 5 eyes and 14 eyes countries. This also means, that they do not have to adhere to storing user information. Aside from that, they also implement and maintain a strict no logs policy.

ExpressVPN comes with huge VPN server network locations. This means they could unblock censorship, privacy and allow you to watch your favorite streaming shows. This VPN service provider also is compatible with Windows, iOS, Mac and Android. They allow their subscribers to connect up to a maximum of three devices simultaneously. Moreover, you could use this VPN as a web extension for Firefox and Chrome.

Based in Panama, NordVPN has a huge presence in United States. They have good mix of servers and features. If you are looking for a longer subscription plan, NordVPN is your best bet. They have the ability to provide you streaming platform access to Amazon Prime Video, Netflix, BBC iPlayer and many more. As for their privacy and security features, NordVPN offer double VPN, dedicated IP address and P2P servers. They also have browser extension for Safari, Chrome and Firefox.

CyberGhost was launched in 2001 and has been expanding their team, operations and services ever since. They have amazing mix of features and server locations, strong encryption levels and has the ability to unblock geographical restrictions for multiple regions for streaming sites such as Netflix, Amazon Prime Video, YouTube Red and many more. In addition to that, CyberGhost could let you surf anonymously, torrent anonymously, protect WiFi and unblock basic websites such as Facebook, Instagram and Google.

Private Internet Access or more commonly known as PIA is another great option for OkCupid. They have server locations in about 33 countries worldwide. Their interface is easy to use as they have alphabetically arranged their servers by region, country and city. They allow their subscribers to customize their own security and speed levels. In addition to that, they have a kill switch that will protect your connection in case your VPN drops.

IPVanish is another popular VPN service. They have numerous server locations all over the world. In fact, they have servers in every continent other than Antarctica. They have the ability to unblock geographical popular restricted streaming services. They also have fast connection speed which means, you will not have to worry about any buffering and lags. IPVanish is compatible with Mac, Windows, iOS, Amazon Firestick and Android and they have a 7-day money back guarantee.

VPN could protect your privacy and network from government restrictions and third parties. With OkCupid being susceptible to online privacy and security risks, it is highly recommended to use a VPN. Through this list above, we hope we were able to help you choose one that will suit your expectations and needs.