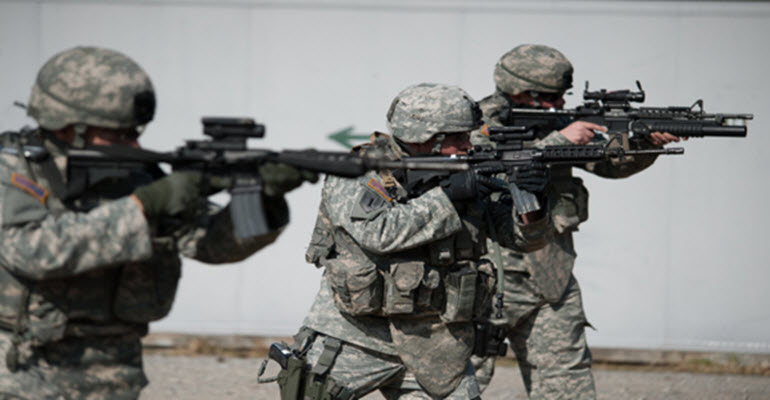 One of the mobile internet networks which are used by the US Army in Iraq, Afghanistan and Africa has been found to contain some cyber security vulnerabilities. The details of the compromise came forward during combat testing. The network, which cost a massive $12 billion, is said to be the latest defense to have vulnerabilities.

TWatfighter Information Network-Tactical (WIN-T) Increment 2 providing on-the-move network capability. This is a mobile infrastructure which employs military and commercial satellite connectivity and line-of-sight (terrestrial) radios, therefore, achieving end-to-end connectivity and dynamic networking operations. The compromised network is currently distributed to 11 of the Army’s combat brigades. The Chief of the Defense Department’s acquisitions, Frank Kendall, was the one who approved the production of the network in June.

A Bloomberg report states that the Army and contractor General Dynamics Corporation have been working hand in hand to try and improve the systems and install updates into the mobile networks that are planned to be deployed through 2028.

An Army spokesperson, Paul Mehney, said that the Johns Hopkins University in conjunction with the Army Research Laboratory, who have done the assessment, “recommended both improvements to user training techniques, and any procedures and hardware and software enhancement to harden against cyberthreat.”

In March, in its annual review of major weapons programs, the US Government Accountability Office (GAO), mentioned that Kendall had directed an independent assessment of the mobile network in 2015, since any “cybersecurity vulnerabilities reduced the program’s operational capability and could further incur growth cost and schedule delays if there were any significant changes that were necessary.”

The GAO, however, could not reveal any details pertaining to how to gain access to the system or how it can be attacked. The Pentagon’s director of operational testing, Michael Gilmore, mentioned that the vulnerability in the network posed a difficult challenge as it was dependent upon the cyber defense capabilities of all mission command systems.