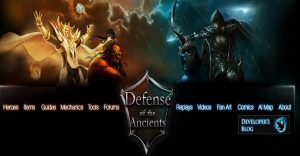 The story of Defense of the Ancients or DOTA goes back to 2003 when the original game was released. However, it is DOTA 2 (released a decade later) which has many players around the world hooked thanks to its unique features. Unfortunately, many players face latency issues that hamper their gaming experience. In order to get victory, fast moves are essential but when you have to deal with spike lags, a game that should be full of action and entertainment becomes a nightmare.

Distant servers are the main reason why players experience high ping times. There are different factors that cause latency including the number of nodes that you data packets have to cross to get to their destination. When there are long routes with multiple hops that further delay the response time. If a server is above capacity, between the long distance that packets have to travel between your computer and the gaming server, the ping time will increase and you will experience frustrating lags while you are playing. Since everything can change in a matter of seconds in a game like DOTA 2, lag can have devastating consequences.

In order to prevent lag and latency issues, players are advised to connect to a server that is close to their location. This should improve ping and allow you to experience optimal speed while playing DOTA 2. However, there may be cases in which you may want to use a different server to be able to play with friends or you may just want to find an effective solution to avoid latency. If you want to enjoy DOTA 2 without experiencing frustrating lag, you can count on a VPN to help you to enjoy every second of the game. While in general a VPN can slow down your connection due to the encryption that it applies to your online data, there are good providers that can actually help you to enjoy better ping times thanks to the use of shorter routes.

When you play DOTA 2 using you standard internet connection, the performance of your ISP’s servers can be affected due to heavy traffic, which will result in high ping and annoying lags. The advantage of a VPN is that it redirects your traffic through a less congested, more efficient route to the DOTA 2 servers. For players, good speeds without lags are essential since their performance on the game depends on being able to make moves as fast as possible. The best VPN services offer servers specially designed for gaming and once you connect to them, your will be able to enjoy reduced ping rates, which will result in a better gaming experience.

Using a VPN will not only help you to fix latency issues, it will also help you to avoid matchmaking problems. It may happen that you are trying to play DOTA 2 with a friend and during the matchmaking process you couldn’t get in the same queue in which they are going to play due to high ping times on your side. When you connect to a fast VPN server you can reduce ping by connecting to a server near you. DDoS attacks are another concern for DOTA 2 players, particularly for those who have reached the leading board. A VPN disguises your IP address, keeping your identity protected. VPNs are great tools for online security because they encrypt your traffic. You will be safe from hacking, eavesdropping, cyber crime and other threats.

Additional tips to get the best performance for DOTA 2

There is a great selection of VPN services that will allow DOTA 2 players to enjoy fast performance to defeat their enemies. Before we go through the list of the best options available, it is worth considering a few tips that will help you to boost speed and get optimal connection for your gaming needs. First of all, a fast internet connection is crucial so make sure that your plan supports the best possible speeds. When using a VPN, the best option to avoid latency issues is to connect to a VPN server that is close to your current location. Make sure that there are no downloads or updates taking place while you play as this will have an impact on your gaming. You can also adjust the bandwidth distribution, assigning greater bandwidth to your online gaming and limiting it for other tasks. It is also important to consider hard disk defragmentation as this will boost the speed of your system. Without further ado, here are the best VPNs for DOTA 2.

ExpressVPN has achieved a prominent place in the VPN industry thanks to a great combination of speed, high security and top quality software. DOTA 2 players can fight back latency issues and enjoy a seamless gaming experience thanks to the ultra fast servers that ExpressVPN offers. They cover 94 countries at the moment and offer solid protection against online attacks and other security threats.

Another excellent option for DOTA 2 is PureVPN, a provider that has more than 750 servers in over 140 countries. Their network includes servers optimized for gaming that will allow you to enjoy better ping and avoid latency. PureVPN also offers a practical feature called split-tunneling feature, which lets you separate VPN traffic from your regular traffic. You can select which applications are routed through the VPN and the rest of your traffic will use your regular connection.

VyprVPN is an excellent choice for online gamers as it offers ultra fast servers for gaming and advanced technology to bypass firewalls. They have over 700 servers in 70 global locations. Thanks to the fact that they manage their own network of servers, VyprVPN offers reliable performance and stable, fast speeds. They also offer strong security to protect your online traffic.

VPNArea lets you enjoy a high level of protection for your privacy, without sacrificing speed. The service is fast and it also includes great security features like Kill Switch, Anti-WebRTC, anti-DNS leaks and anti-iPv6 leaks protection. They have servers in 60 countries and support up to 6 simultaneous connections. VPNArea protects traffic with AES-256 encryption and with the speed test feature, you can easily locate the fastest server for DOTA 2.

One of the most appealing aspects of PIA is the affordability of the service, but it is also a great solution to bypass restrictions and to enjoy faster performance. They have a network with over 3000 servers and they offer good speeds and strong encryption to protect your online data. PIA is a reliable choice that is also commited to protect your privacy.