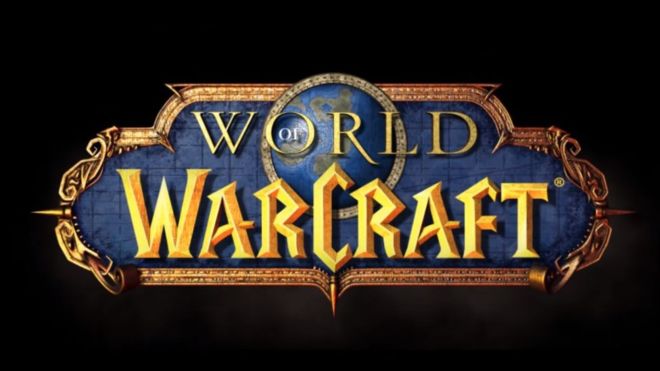 Over a decade has passed since the original release of World of Warcraft and the popularity of the game is still very strong. WoW is part of Blizzard’s Warcraft series, which has inspired novels and even a movie that currently holds the title of the most successful video game adaptation of all time. At the end of August 2016, Blizzard released “Legion”, the sixth expansion of World of Warcraft. Overall, Legion received great reviews and it has helped to reinforce the status of WoW as one of the best games available.

In spite of the updates and additions, there are still many fans of the first version of World of Warcraft. In fact, up until April 2016, a community of almost 1 million players maintained a “vanilla”, expansion-free version of the game on their own server known as Nostalrius. The unofficial server was shut down by Blizzard in April, but after requests from the team of volunteers behind Nostalrius and its loyal users, the company agreed to meet with them to discuss the situation. However, since Blizzard has not released its own legacy server and has not referred publicly to the subject, the Nostalrius team decided to set up a new home for the community of fans of the classic WoW. The new legacy server is called Elysium and will be launched in the following weeks.

Why do you need a VPN for WoW?

While some players may seek to relive the classic WoW experience, the latest version of the game offers incredible new content and it has sold over 3 million copies around the world. This shows that Blizzard has managed to recapture the magic of World of Warcraft and many want to discover what the game has to offer to the new generations of players. However, some fans of the hit MMORPG may face challenges when they try to play. There are countries and places where access to the game is restricted. For instance, many schools have implemented firewalls that prevent students from accessing certain websites and services, including games like WoW. In countries where internet is subject to censorship, World of Warcraft is likely to be blocked.

Additionally, Blizzard doesn’t support certain countries, which also means that if you try to access their servers from one of these locations, you will be unable to play. The most effective way to bypass these blocks is to use a VPN service. This technology will not only help you to get around any restrictions, but will also keep your real IP address protected. A crucial benefit of using a VPN is that it provides security for your connection. This is particularly important when you play WoW because it will allow you to protect your traffic from DDoS attacks and other common threats in online games.

Although the encryption that a VPN uses can slow down your connection, there is a way in which a VPN can actually improve your experience with WoW. When you connect to servers far away from your location, a VPN can help you to enjoy better ping times and reduced lag. This is because you can choose a VPN server that is in the same country and even the same city as the game server. Having a shorter route to game servers will give you better speeds, with less lags. m

Consideration for VPNs for WoW

Before we check the best VPN services for World of Warcraft, it is important to address an issue that may concern players. You may have heard of users who have been banned after using a VPN to connect to Blizzard’s servers. While it is true that some players have experienced issues, in most cases they have been able to restore their accounts after contacting Blizzard’s support. A VPN is a great solution to secure your connection and bypass restrictions. However, it can also be used for activities that go against Blizzard’s policies such as cheating, account sharing and selling gold.

Blizzard bans VPN IP lists that have been associated to these activities, which may affect legitimate users. Thankfully, in most cases you can restore your account by contacting the support team and clarifying the issue. After all, VPNs are not against Blizzard’s Terms as long as they are not used for any activity that compromises the security and game experience of the community. Still, there are a few things that you can do to prevent issues with your WoW account.

The first is to opt for a paid VPN service as free solutions are more likely to be used by cheaters and scammers, meaning that they are blacklisted on a regular basis. You also need to make sure that your VPN is active before accessing the WoW servers. If you switch between your regular internet connection and the VPN, your location would vary (if you are connected to a server in a city different to the one where you live in), which could bring your account to Blizzard’s attention. For the same reason, it is advisable not to switch between different server locations too often.

ExpressVPN is an excellent provider that can give you a seamless experience when you play World of Warcraft. Their network of fast servers located in 87 countries, will allow you to bypass restrictions effectively. You have many options available to secure your traffic and improve your game speed while reducing lag. With ExpressVPN you will enjoy a high level of security so you can focus on the game without worrying about malicious hackers and DDoS attacks.

Commonly known as PIA, this provider is the one to chose when you need reliability, speed and security for an affordable price. PIA supports decent speeds and although it only covers 24 countries at the moment, its network of servers features more than 3000 servers in key locations. You will have many options to choose from and they allow up to 5 simultaneous connections.

VPNArea users can expect good speeds, protection for their privacy, as well as a high level of security with features like Kill Switch, Anti-WebRTC, anti-DNS leaks system and anti-iPv6. They have servers in 60 countries and allow up to 6 simultaneous connections. Your traffic is protected with AES-256 encryption and no logs of your activities are kept. The speed test feature lets you find out the fastest server for your needs within a few seconds.

Security is the strongest aspect for NordVPN. This Panamanian provider is known for supporting two unique features that add a solid layer of protection for your data: double encryption and Tor over VPN. NordVPN also offers practical solutions for gaming such as dedicated IP, ultra fast servers and anti-DDoS protection. They have servers in over 50 countries.