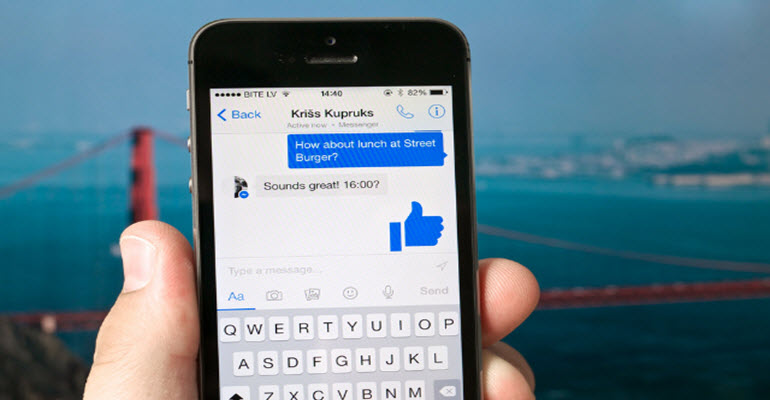 Security researchers might have found a major flaw in the Facebook Messenger app which might have some serious legal ramifications. The flaw might cause waves in the judicial decisions which will be sent to the appeal court and any commercial agreements which were sent into disarray.

Researchers at Check Point told reporters at a conference in London that they would reveal the details to the security flaw later. The flaw is present in the Facebook Messenger app, which at the time about 900 million people are currently using. One of the researchers from the company, Roman Zaikan, found a backdoor on the Messenger app, which makes it possible for hackers to come into a conversation and alter the message threads without the knowledge of the people involved in the conversation. The victims would not discover the man in the middle attack.

The security firm’s report on the security flaw notifies people that the flaw could impact everyday lives heavily since people use the Facebook Messenger system every day in various activities worldwide. One of the major problems is that these Messenger conversations are admissible in court as evidence.

This means that hackers could enter into conversations in the Messenger platform, change the conversation on a thread and as it is presented in court can lie that they had an agreement with a victim about a particular issue. The report by the security firm says that the report gives hackers and criminals a chance to cover up evidence or even incriminate innocent people in the process.

Hackers could also use the flaw to pose as friends, encourage users to download various links after which they would send ransomware a demand they be paid for them to receive payment before they can unlock the device locked.

The Australian general manager for Check Point, Christopher Rodrigues, said that as soon as the company got hold of the flaw, they reported to Facebook, which rapidly fixed the problem. But the duration of the flaw before it was discovered is unclear at the moment. He said that the company could not confirm how many of the apps users could have been affected by the discovery of the app.

He also said if the flaw had been present for a long time then there would be probable legal ramifications to think of. He said there were a few questions to answer such as, “Has that evidence been tampered with it or not? Does that particular individual, or the people in that case, do they know if they’ve tampered or not? If all the questions were to be answered then, it would be something to investigate even more.