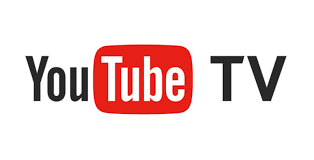 Earlier in the year, Google launched its internet TV subscription, meaning that YouTube TV became available in selected cities. The first locations to get the service are major cities like Los Angeles, New York, San Francisco, Philadelphia and Chicago. While the service is meant to be extended to other areas, in the meantime, there is a way in which those who live outside these cities can enjoy access to the service. We’ll tell you how you can get YouTube TV in your location, but first, there are a few facts that is worth considering.

2. Unlike the popular online platform that has the same name, YouTube TV is a paid service. You need to pay $35 per month to stream content from networks like NBC, CBS and Fox. With one membership, you can have up to 6 accounts and enjoy three different streams simultaneously.

3. When you buy a YouTube TV membership, the ads are not removed from regular YouTube videos. In order to get rid of the ads, you need to pay $9.99 per month for YouTube red. Keep in mind that if you sign up for YouTube TV on your iOS device, you would be charged $39.99 plus taxes and additional fees. If you only want to pay $35 (plus taxes and fees) per month, you need to sign up using your computer or Android device.

4. There is a 30-day free trial that allows you to enjoy the service for a month and discover what it offers. A credit card is required in order to get the trial.

How to sign up for YouTube outside Los Angeles, New York City, San Francisco, Chicago, Philadelphia and surrounding areas

Since YouTube TV is currently only supporting certain cities, if you are not in any of these locations, you can use a VPN service to disguise your IP address and appear as if you were connecting from there. This is a helpful solution if you are regularly traveling and want to be able to enjoy the service when you are on the go. The vast majority of VPNs have servers in the United States and most of them are located in major cities. While there are free VPN services available, if you want to get the best performance, speeds and security, the best option is to go for a paid solution. It is possible to find affordable VPNs such as Private Internet Access. Here is more about PIA and other options that you can consider.

ExpressVPN is one of the best services in the VPN industry and thanks to its fast speeds, it is a great solution for YouTube TV and other streaming services. It has servers in 94 countries and there is an extensive coverage in the US. It is possible to connect to servers in Chicago, San Francisco, New York, Los Angeles and other US cities so you will be able to unblock YouTube TV even if it is not available in your location yet. ExpressVPN also offers a high level of privacy thanks to the strong encryption applied.

PureVPN lets you access servers in 141 countries, making it one of the providers with the best global coverage you can get. In United States, PureVPN offers servers in several cities including New York, Chicago and San Francisco, which are locations where YouTube TV is currently supported. PureVPN is great for YouTube TV and similar services because it has a dedicated feature for streaming that gives you the possibility of loading content faster. You will be able to watch your favorite TV series, catch up with the news, or enjoy live sports without issues.

TorGuard is known for offering advanced technology and it will allow you to defeat online restrictions so that you can access YouTube TV from anywhere. TorGuard has stealth servers that allow you to bypass blocks and overcome Deep Packet Inspection firewalls without issues. Viscosity software is included in their plans and your online traffic is protected with strong encryption, this will help to ensure that your privacy is not compromised. At the moment, TorGuard has servers in over 50 countries and in the United States, you can connect to servers in Los Angeles, New York, Chicago and more.