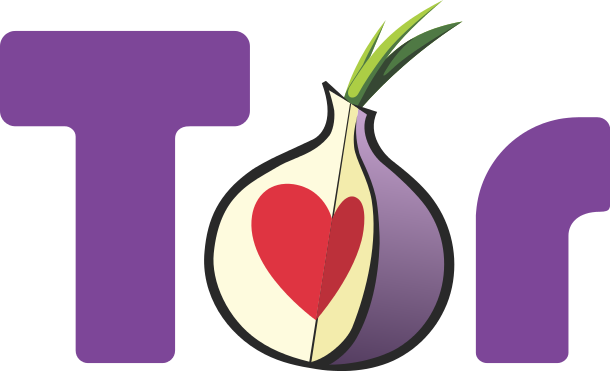 Internet users who want to enjoy a higher level of security for their connection are familiar with Tor and VPN. These technologies are designed to keep your online data protected with encryption, keeping eavesdroppers at bay. Tor and VPNs share some similarities, but in general, it is possible to say that while Tor focuses in anonymity, VPN is a better option for privacy. With a VPN, all your online traffic is encrypted and routed through a remote server. You can select the location of the server and get a new IP address that covers the real one, assigned by your ISP. This means that others will see the VPN IP address and not your true IP, which keeps your real location and identity protected. Thanks to the encryption applied, your ISP and other parties won’t be able to monitor what you do on the internet.

There are many well-established VPN providers that offer no logs policies, meaning that they don’t monitor or record your activities or other aspects of your internet connection. However, when you sign up for a VPN service, you will need to trust that the provider is true to its claims and that it won’t hand over your information to government agencies or other parties that request it. When you use a VPN, what you do on the internet remains private but that doesn’t mean that you remain truly anonymous.

With Tor, your traffic is encrypted and routed through multiple volunteer-run relays that form the Tor network. Whenever you try to access a website, the route is modified, which makes things very difficult for anyone who tries to trace you. Tor is not centralized and the traffic is not regulated, so you don’t need to trust on a provider or administrator. However, it should be noted that the entry and exit nodes can be identified and when you connect to the network, your ISP and the destination server will know that you are using Tor.

Using Tor can drive attention to you, not to mention that some Internet Service Providers, governments and applications are likely to prevent traffic to and from Tor exit and entry nodes. Accessing the Tor network is enough to get your name added to a watchlist, at least in some countries. Another aspect that should be considered when using Tor is that it is very slow, meaning that it is not the best option when it comes to streaming or downloading content. Tor is ideal for browsing internet anonymously and it allows you to access .onion websites in the Darknet. It is often used by journalists and whistleblowers due to the anonymity that it can provide.

In order to enhance the security of your traffic and enjoy more flexibility at the same time, you can use Tor along with a VPN. Your online data is encrypted by both technologies, it is routed through the Tor network and then over a VPN. This method is known as VPN over Tor. Using Tor over VPN means that the traffic is first routed through the VPN and then over Tor. With Tor over VPN, you just need to connect to a VPN and access the internet via the Tor browser. Your traffic is encrypted by the two technologies before it leaves the device.

Tor over VPN Vs VPN over Tor

One of the main advantages of Tor over VPN is that your ISP won’t be able to see that you are accessing Tor. This method is also easy to set up since you just need to connect to a VPN server and use the Tor browser. You can access .onion websites and will also be able to use the VPN on its own with a normal browser for tasks that are not critical. In addition, the entry node doesn’t have visibility of your real IP address. However, your traffic may be blocked from Tor exit nodes and the VPN can see and your real IP address. Furthermore, using Tor over VPN doesn’t protect you from malicious Tor exit nodes that may steal your data or compromise it with bad code.

VPN over Tor is the other method available and it is more complicated than Tor over VPN in terms of set up. It requires configuration on the VPN server, but it prevents both your ISP and your VPN from seeing the traffic. You can access websites and apps that usually block content from Tor exit nodes and the VPN provider won’t get visibility of your real IP address. In addition, this setting protects you from malicious Tor exit nodes and all the traffic is routed through Tor, without requiring individual configuration. Apart from the fact that it is difficult to set up and you will need to contact your VPN provider to do it, your ISP will be able to see that you are using Tor. Another downside is that you won’t get access to .onion websites and your real IP address can be seen by the Tor entry node. VPN over Tor is only supported by AirVPN.

Using a VPN in combination with Tor will enhance your anonymity and privacy and if they are your priority, it is a practical solution. However, it is important to keep in mind that using these two technologies at the same time can have a significant impact on the speed of your connection. The below VPN providers are ideal for Tor users because they support features that focus on Tor and they offer features that will help you to protect your privacy, including high encryption and policies that state that no activity logs are kept. They also accept anonymous payment methods such as Bitcoin.

NordVPN is a provider that takes security and privacy very seriously. They are based in Panama, which keeps them away from privacy enemies like the NSA and the GCHQ. In addition, they have a zero logs policy and have features that are specially designed to suit Tor users. You can connect to server that have been already configured with Tor over VPN. This means that all the traffic is initially sent through the VPN and then it is redirected through Tor. NordVPN also supports double-VPN, which reinforces the security of your connection. NordVPN protects your data with 256-bit encryption and it has apps for all major platforms. They also accept Bitcoin as method of payment.

AirVPN was set up by hacktivists who met at a pirate party festival in Rome. From the beginning, this VPN provider has been committed to online freedom and privacy. The client is not as easy to use as other options and it may be more suitable for advanced users. The speed of the service is not exactly impressive, but AirVPN is the only provider that supports VPN over Tor. Your traffic is encrypted by bith VPN and Tor before it leaves your device and you also have the option to use VPN over SSH and VPN over SSL. AirVPN protects your traffic with high encryption and it doesn’t keep any logs. They support anonymous payment methods such as cryptocurrencies.

ExpressVPN is a great choice thanks to its reliability, 24/7 customer support and high quality software that works on the most popular platforms. There is a .onion version of their website that offers the possibility of creating an account anonymously. ExpressVPN doesn’t keep logs of your online activities and it operates from the British Virgin Islands. Your data is protected with military grade encryption: 256-bit AES, 4096-bit DHE-RSA keys with perfect forward secrecy and SHA512 authentication. The service is also known for its great speed and you can connect to over 1500 servers in 94 countries. Bitcoin is accepted as method of payment.