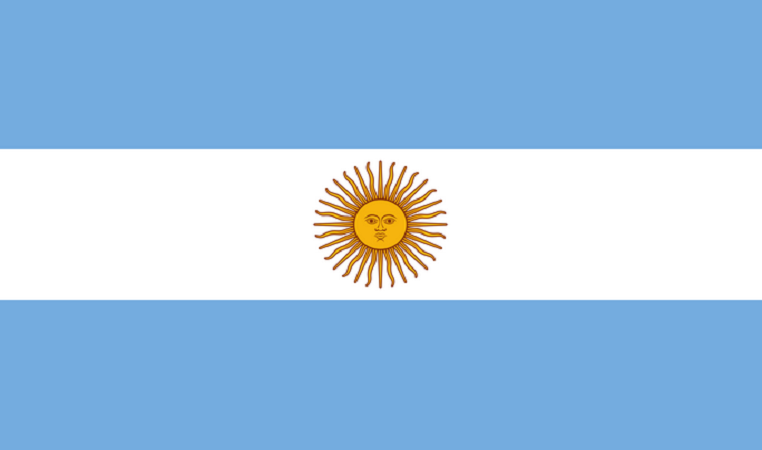 Argentina has a booming media industry that produces a lot of video content within South America. But the problem for a lot of Argentinians is that most of the video content that is domestically produced is restricted geographically by IP address. If you are in another country, you are going to have a very difficult time accessing your favorite content without a VPN tunnel. One such video provider that geographically restricts their content is the increasingly popular Clarovideo, but without an additional service you won’t be able to access this content when you are traveling the globe. This problem has a couple different solutions that each have their own pros and cons.

Firstly, you can (and should) get a VPN service if you want to access data that is geographically restricted within Argentina. The only drawback of a VPN is that it costs a little bit of money, but you can get one for as little as $3.33 per month – which is next to nothing. A VPN will not only unblock your favorite content, but it will also encrypt your data so that governments, ISPs, and hackers won’t be able to decipher your data as it traverses the public Internet. In short, they won’t have a clue what data you are downloading or what servers you are accessing. The only way to discern this information would be to contact the VPN service you use and request logs of data with a court order, but many VPN services don’t keep logs of your data so you can rest assured that you are truly anonymous online. 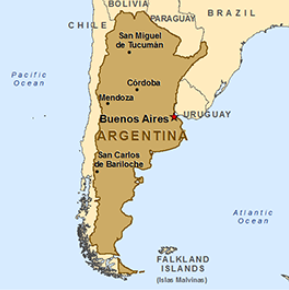 The second option at your disposal is called SmartDNS. SmartDNS will be able to unblock your content just like a VPN tunnel, but it has a major drawback. This technology will not encrypt any data that you are sending across the Internet, so it would be very easy for an ISP or governmental agency to see your data and take action to block further connections if you infringe upon their policies. This is why SmartDNS is undesirable on its own without a VPN service.

Because a VPN will keep you safe from hackers, governments, and security breaches while simultaneously unblocking your favorite content, you need to find the best VPNs for Argentina. Whether you are a resident within the country or one of the 600,000 some odd expats, you need to protect your data.

The State of the Argentinian Internet

The Internet in Argentina is relatively free and open, and citizens and travelers alike don’t need to worry as much as citizens in other countries about intolerable governmental censorship and monitoring programs on the whole. Thus far, bloggers and social media users don’t need to worry about harsh punishments from the government in the event that they make an offensive post. However, copyright infringement laws are still a concern at the business level.

But the Internet is always changing, and the government has created propositions that cast fear and doubt in the minds of citizens regarding the future of their Internet freedoms. More specifically, late last year the Argentine National Congress proposed a bill that contained some stipulations and provisions that could potentially increase the government’s control over the Internet and reduce the citizens’ freedom of expression and Internet access through censorship. Though these new potential laws haven’t been passed, they don’t exactly foreshadow a bright future for Internet freedoms.

At any rate, it is still a necessity for Argentinian Internet users to bolster their Internet security with a VPN tunnel. Though the Argentinian government doesn’t necessarily impose strict Internet censorship laws, you’ll still find that you may lose access to your favorite content in Argentina due to licensing rules and other regulations. To unblock content from social media sites and streaming video services, you are going to need a VPN tunnel to provide you access to these sites and to give you encryption that will keep foreign governments from accessing your data as it crosses geographical boundaries. The following are the best VPNs for Argentina, and you would do well to consider one of these services for your personal protection.

ExpressVPN has a solid reputation in the VPN industry, and it’s no wonder why. In addition to providing connections to Buenos Aires, they also have servers spread out across the globe in over 78 countries. Their customer support is phenomenal, and their VPN service is fast and reliable. They don’t throttle your connection or impose data limits, and they even offer a 30-day money back guarantee. There are only two downsides to their service. First of all, they only allow two simultaneous connections per account (their competitors frequently offer 3-5 devices per account). And lastly, they cost a little bit more than some of the other alternatives, and a 1-year subscription costs $8.32 per month. But that cost is easily justified if you need a solid VPN service to connect to from Argentina.

IPVanish isn’t the oldest service on the market, but they are more than 15 years old and their VPN network has grown and matured into an extremely reliable service. Not only that, they also have a no logs policy that will help you browse the web completely anonymously. And with 400 servers in over 60 countries, they give you plenty of flexibility and connection options to ensure that you can find a geographically close connection to limit overhead such as latency. With such a great service, you would expect them to cost more than they do. But they are actually cheaper than Express VPN and only cost $6.49 per month with an annual subscription.

IronSocket VPN is a younger service and company than the previous two providers, but they still offer a great service for those of you located in Argentina. They offer 50 servers in over 36 countries, and they are always expanding their services and growing their network. One reason that they are so attractive is due to their price, and they only cost $4.16 per month – making them cheaper than the previous two options. Two other notable features include their 7-day money back guarantee as well as the fact that they allow you to connect up to 3 devices simultaneously with the same VPN account.

VyprVPN is a little more expensive than IronSocket VPN, but not by much. A full-year subscription to their service will reduce their monthly cost to only $6.25 per month, and they even offer a free trial to let you try out their services at your location in Argentina. However, you should know that their free service imposes restrictions such as data limits and they won’t give you support priority if you need to contact customer service with your free trial. In addition, their network boasts over 700 servers in over 50 countries, so you have plenty of connection options to choose from.

Last but not least is Invisible Browsing VPN, which has servers in over 39 countries. They are a great option for users based in Argentina because of their global locations as well as their price. Their pricing model is a little more complex than their competition, but it ensures that you can find a plan that gives you the features that you want without any extra bells and whistles. Their price fluctuates between $3.08 and $4.84 per month depending on which plan you select, and their family plan will allow you to connect 3 devices concurrently with the same account.