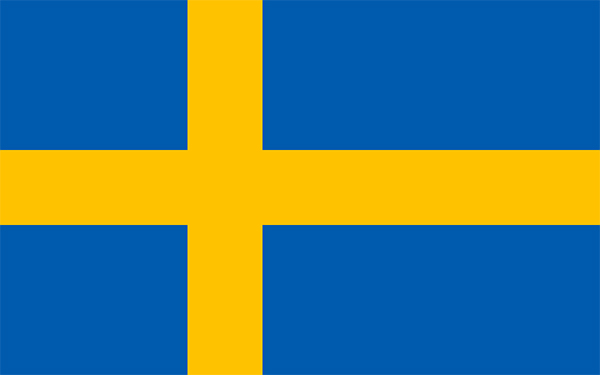 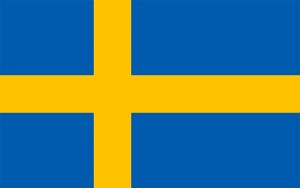 Sweden is recognized as a country in which freedom of expression (with the exception of hate speech) is protected and where censorship is practically non-existent. Internet is used by over 94% of the population, making it the country with the fourth highest usage rate in the world. For the most part, users in Sweden have open access to any applications and websites they wish to visit. Filtering is not applied for political reasons and unlike other countries in Europe, Sweden does not actively block websites that are considered to promote copyright infringement.

Many users in Sweden use torrent websites to download copyright- protected content and the fact that The Pirate Bay, one of the most popular torrent sites in the world is Swedish, and has contributed to the country’s reputation of having a relaxed attitude towards online piracy. For a long time, Sweden did not play ball with the rest of Europe regarding copyright laws, however, in 2009 Sweden adopted the directive from the European Union regarding Intellectual Property Rights Enforcement (IPRED), which enables legal action against users who share a large number of files.

Under the Swedish implementation of IPRED, ISPs can be asked to hand over details of suspected heavy file sharers, following a court order. Nevertheless, the law in Sweden does not ban users from accessing internet and in the Swedish courts, the right to privacy of suspected offenders has prevailed over the interests of copyright holders. Furthermore, the fact that many Swedish ISPs are deleting records from their customers and that many users have chosen VPN services in order to continue downloading files, means that in practice IPRED is very difficult to apply, and unfortunately in some cases it has been applied at the extreme, fining a 25 year old man $652,000 for sharing a copyright protected Swedish movie. Regardless, IPRED made its mark and piracy dropped significantly in the country, causing internet usage to drop by 30%.

While The Pirate Bay is still active, the website is blocked in several countries and in 2009, its founders faced chargers for assistance to copyright infringement. More recently one of them, Gottfrid Warg was found guilty of hacking into computers and illegally downloading files in Denmark. The Pirate Bay is considered by many an iconic name in P2P downloading and its case reflects the continuous struggle between copyright holders and those who stand by offering users the possibility of sharing files without restrictions.

The EU Data Retention Directive that was adopted by the majority back in 2006 was initially rejected by Sweden, but eventually by 2010, the European Court of Justice (ECJ) ruled that the law be in effect. It too another two years, but by 2012, Sweden was set to begin following the directive with a data retention period of 6 months. Later in 2013, the ECJ fined Sweden a hefty 3 million EUR for failing to implement the directive in a timely fashion. In April of this year, 2014, the ECJ pivoted their position and declared the directive invalid. The court stated that the retention law interfered with the rights of private life and personal data of citizens. During this time, Swedish ISPs deleted all existing records and stopped collecting subscriber data, and later on started offering free VPN service to its citizens. The UK defied the court and continued to fiercely implement data retention, and so did most other European countries.

Internet users in Sweden should not only consider using a VPNs as a way to access websites that are not available in the country or to use file sharing websites. Even though the right to privacy is defended, the truth is that things are not as transparent as they seem and users in Sweden are also subject to surveillance. You would think that Sweden would not have government surveillance issues of their own, but they have been rated second worst in the world many years ago already.The Swedish Defence Radio Authority monitors online conversations and is believed to collaborate closely with similar organizations including the NSA and have had immense warrant-less surveillance power since FRA Law was passed in 2009.

The extent of the government surveillance in Sweden has come to light over recent years, following revelations from independent media, which found plans to allow emails and online communications to be monitored by local authorities. This has increased the concern about privacy and anonymity, prompting many people to use VPNs. In this list we show you which providers offer protection and a flexible online browsing experience for users in Sweden.

Thanks to its strong privacy policy, this Panama based company has gained attention from users that want to keep their identity protected. They also accept Bitcoin as method of payment, which is an additional way to ensure that you remain anonymous online. NordVPN also has useful features to secure your connection against eavesdroppers.

Reliability is one of the advantages of choosing IPVanish as your VPN provider. The company manages its own network of servers located in 60 countries, including Sweden. They offer high security for your connection, thanks to their advanced encryption. With IPVanish you can enjoy a more flexible online browsing experience.

PureVPN offers practical features like split tunnelling, which lets you connect to a secure VPN server in order to access certain applications while you keep your local connection for other websites. This is very useful when you want to change your IP address to access content on Netflix and at the same time need to use your local IP to access online banking in Sweden without any hassle.

AirVPN is recognized for its commitment to protecting the privacy of its customers and for offering great speed. It is an ideal option for streaming online content and downloading files. They also give users access to detailed server statistics that ensure that they can connect to the most suitable server.

This Swedish provider offers a fast service and a strong set of features (including DNS leak protection and kill switch), that allow users to enjoy internet securely and with freedom to access websites from around the world. They do not keep logs and accept Bitcoin, which reinforces the protection to your privacy.