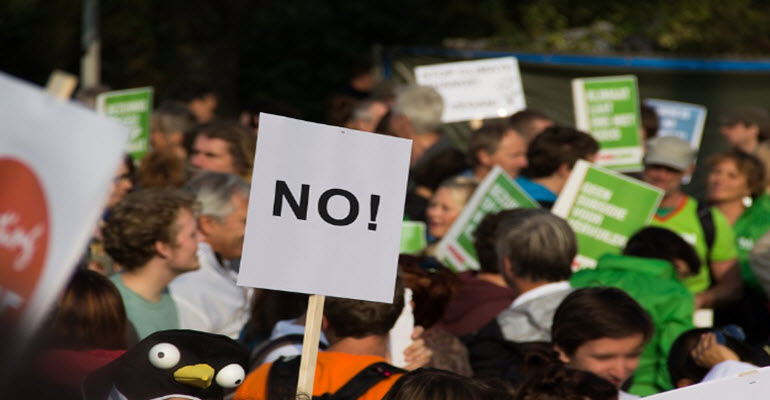 There has been proposed legislative changes advocating for the increase in law enforcement’s ability to hack into various computers over the past few months. But a certain coalition group is not happy with the decision and has decided to protest the changes. Google, the EFF, Demand Progress and FightForTheFuture have joined forces together with Tor, Private Internet Access and various other VPN service providers to change the rule and block the legislation known as Rule 41.

The legislation was voted in by the Supreme Court back in April, as it approved a rule change that allows the law enforcement to get warrants to hack into computers and also get into phones located anywhere in the world. The changes would affect the legislation known as the Rule 41 of the Federal Rules of Criminal Procedure. The rule is usually used to help the government in investigating any criminal complaints.

The changes to the rule, therefore, mean if a judge grants any law enforcement agency warrants, they can use them to hack into any computer anywhere as long as the location of the computer in question is hidden in the technical meaning. This puts to risk users of TOR, VPNs and any other privacy tool such as proxies, regardless of why they might be using that technology in the first place. And the rule goes on.

The EFF has previously warned that the powers might also extend to people who have denied location access in smartphone apps because they don’t want to share their location data with ad networks. They also say that the change could also affect users who have changed the country setting on any online service.

Another worrying thing to take note of from the proposed changes is that judges can issue warrants to law enforcement agencies which would allow them to seize any computer that might be part of a botnet. Which means if a user is unknowingly infected by Trojan botnets it could be seized too.

There is still some hope because Congress has not voted the changes in yet. The Department went straight for judicial approval, which means Congress has to block the law by December 1, and if they don’t, it stands.

With the deadline quickly coming, the companies have been pushing for Congress to notice and block the rule changes. Many people see the changes as a security hazard to users security worldwide. Because of that, a coalition of 50 of some of the most reputable organizations has written to the Congress to oppose the changes.

In the coalition’s letter, Google, the EFF, Demand Progress, FightForTheFuture, TOR, VPN providers, Golden Frog and Hide My Ass and much more other partners are encouraging the Congress to at least debate and ponder on the repercussions of the implications of the new rule.