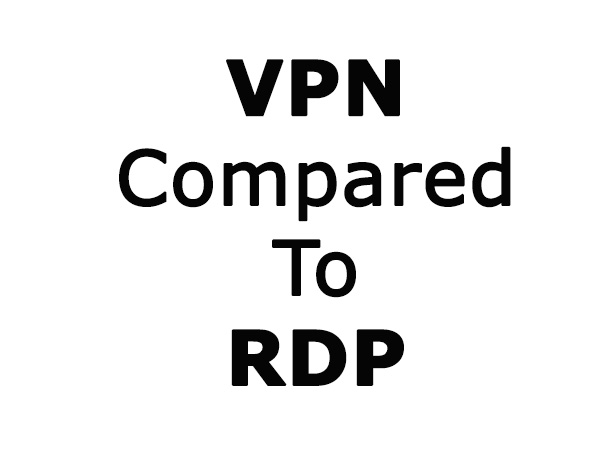 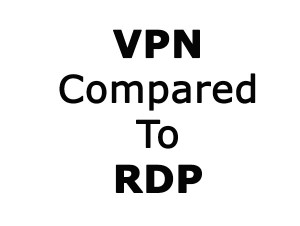 Virtual Private Networks and Remote Desktop Protocols have been mistakenly considered by some people as the same software. However, the reality is that even though these tools can be used together, they work differently. VPNs and RDPs have distinctive characteristics, including their own benefits and downsides. While they both can be sued to access content on a remote network, they do not offer the same levels of access. For instance, with a VPN you gain access to resources on the network and with RDP, you can get extended options to access an specific computer terminal within the network. In order to understand what makes VPNs and RDPs different, we will have overview of each of them to understand better how their advantages and shortcomings.

A VPN allows you to encrypt internet traffic, protecting the data that is transferred online. It also lets users bypass geo-location restrictions in order to access content from any website, regardless of their location, but not to be confused with SmartDNS which performs this same task without any encryption. You can also gain remote access to a network, which allows you to get access to all the documents and files from your company’s network while you work from home. The downside is that with a VPN, you need to use a large amount of bandwidth because the data from the network you access is transferred to your PC temporarily to enable you to view files and edit them. This also means that they can be considerably slower. You also need to keep in mind that when you access a file on a network, you must have the software required to open it installed on your computer. Furthermore, when you use a VPN, traffic is routed through your connection, even applications that do not require it. With that said, it is possible to bypass a VPN for specific websites as needed. It is also important to consider that when you access a database using a VPN, there is a risk of affecting its configuration. However, this is a risk that would most likely impact only databases that are not configured appropriately. Still, VPNs have the benefit of being easy to maintain and any issues can be solved easier than with a RDP, not to mention that they offer a higher security.

Remote Desktop Protocol is a proprietary protocol from Microsoft allows users to remotely access a computer in a network and replicate its interface. This means that you can access the same files and programs. RDPs are easy to use and you can share the screen of the device accessed. Originally developed by Microsoft, Remote Desktop Protocol can now be accessed from all the main operating systems and there are other open source instalments such as FreeRDP. With RDP you get access to the resources from a network and also the files, programs and everything else on a particular computer. This allows you to use software that is specifically licensed for that machine. The main issue with RDP is that it does not offer a strong protection and its security can be easily compromised. This would put a whole network at risk, which is why it normally is used in combination with a VPN or SSH tunneling. Another downside is that RDPs are not easy to identify and to configure and can also cause slowdown on the computer’s performance.

Remote Desktop Protocols can be used on its own if you are applying encryption and ensuring that you are using the network securely. A Virtual Private Network requires a lot of bandwidth, which is why some users opt for a RDP but it offers a higher level of security. If you want to guarantee the security of your connection, it is advisable to use encryption if you decide to go for a RDP. RDPs are easy to use but if you are concerned about security, it is better to combine it with a VPN.