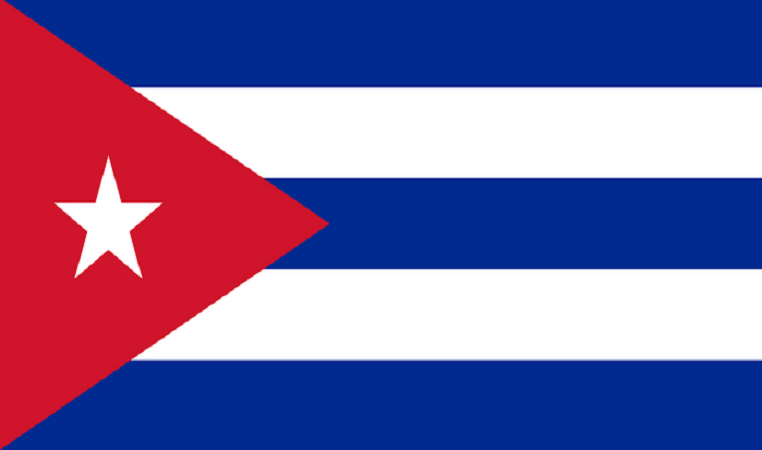 Cuba doesn’t exactly have a track record for being known as one of the world’s leaders in providing Internet access to their citizens. In addition, they have been known for having some of the most restrictive Internet regulations in the world. To top it all off, their Internet infrastructure was largely underdeveloped and they didn’t have access to high-speed broadband technologies. Instead, users in Cuba relied on ancient technologies such as modems that failed to provide Internet users with a modernly acceptable Internet connection. Though this sounds pretty dismal, things get even worse. Up until just eight short years ago, people had to apply for a permit to even own a personal computer and to date they still need a permit in order to setup and run a wireless network. All of this negativity gave them a poor international reputation, and other countries – such as the US – decided to block inbound Internet connections originating from IP addresses in Cuba. 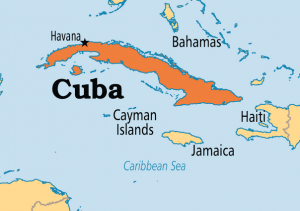 While this all sounds pretty gloomy, things have been improving slightly over the past few years. As of 2012, about a quarter of their population had some form of Internet access and things seem to be continually improving – albeit slowly. Though many people don’t have their own personal Internet connection, there are public options available such as an Internet café despite the fact that people need a permit to operate a wireless network. But there’s just one problem: an hour of connection at such an establishment will cost about $1.50 for an hour. This cost is about 7.5% of the average monthly income, so it is fair to say that this isn’t an attractive option for the average citizen. But understand that this rate will only allow an individual to access the domestic Internet infrastructure – not the global Internet. To access the global Internet a user would have to pay between $7-$10 dollars per hour.

With so many people hungry for Internet content and the limits imposed on web browsing, a truly interesting industry emerged. Think of it as an archaic buffering industry, whereby people would sell hard drives that had been loaded with various types of content like movies, text content, news, and music from external sources. In addition, a veritable hidden Internet composed of hidden wireless antennas, ad-hoc connections, and Ethernet cables developed without the consent of the government. It has been named the “street net,” and though it is technically illegal the government seems to be mostly ignoring it for now.

But the times are always changing and US President Obama created a new deal with Cuba to move forth with a new chapter of international policy. Between the opening of diplomatic relations between the US and Cuba as well as a recent boost in Internet technologies, Cubans are enjoying more Internet freedoms than ever before. In fact, Netflix has stated that it will be available in Cuba to the small percentage of people that have access to Internet technologies capable of streaming their data. And a groundbreaking offering in Havana appeared last year when the first free Wi-Fi service was introduced.

Should You Still Get a VPN for Cuba?

With the current state of their Internet infrastructure, you might erroneously think that you don’t need a VPN in Cuba. But that is far from the truth. The fact of the matter is that things are moving pretty quickly and advancements are finally being made to increase Internet access. Even though advancements are being made to develop the Internet infrastructure, the ugly truth is that there are still some extremely restrictive Internet censorship laws. In fact, there are some extremely negative consequences for those who try to stir up political dissent that create a need for Internet security services from a VPN. Most of the determinations of whether or not a message or post is deemed to be controversial is determined by the government’s judgement, and you cannot take the risk of accidentally offending someone if your communications were to become intercepted. Though there are other ways of circumventing Cuba’s Internet infrastructure completely – such as a satellite connection – this alternative costs a lot more than the measly price of a VPN subscription service. However, due to the low incomes for citizens, a VPN may not be a viable option and instead it may very well only be a great choice to travelers. Having said that, you can find extremely inexpensive VPN services with a monthly cost of just $3.33 per month. Given the various means of connecting to the Internet in Cuba, there’s no way of telling if your specific connection will filter VPN connection attempts. In addition, users should take great care to understand any local network restrictions as they can change from place to place.

Lastly, note that due to the harsh and strict Internet infrastructure in Cuba, you’re not going to find a VPN service with domestic server connections. Instead, all of the connections will need to be made on a foreign server. But given the current Internet climate and the state of the freedom of expressions and information, you undoubtedly need a VPN connection if you can find a decent Internet connection. So, let’s take a look at the top choice VPNs for Cuba.

Express VPN beats out most other VPN providers with their quality service. To put things bluntly, they do a better job of executing on creating a high quality service with excellent 24/7 customer support. Having said that, you do get what you pay for and their service costs more than most other providers. At $8.32 per month, they are still reasonably priced and they provide the added benefit of a 30-day money back guarantee. Furthermore, their service is known for being extremely fast and reliable, and they offer connections to over 78 different countries. If you are located in Cuba, you will most likely want to connect to the US to unblock content. But understand that the US monitors foreign communications. However, Express VPN will allow you to connect up to 2 devices with the same account and they are one of the best services on the market.

Next comes Private Internet Access’s VPN, and while their service is comparable to ExpressVPN, they are the complete opposite on pricing. They are actually the cheapest option on this list, and they only cost a measly $3.33 per month with a 1-year subscription. However, they do a great job of offering plenty of US-based IP addresses and they have over 3096 servers spread out in over 24 countries. Their next two biggest features include the ability to connect up to 5 devices with the same account as well as a 7-day money back guarantee.

VPN Area is another great alternative VPN for Cuba, and they are moderately priced at only $4.92 per month – putting them in the middle of the road regarding their pricing model. They will also help you make connections to the US to unblock content and they secure your data transmissions with the latest industry standards. In addition, they have servers in over 51 countries so you have plenty of flexibility when establishing a VPN tunnel. And like PIA VPN, they also let you connect up to 5 devices at the same time whereas Express VPN only allows 2.

Tor is an extremely famous method for browsing the Internet anonymously, so it only makes sense that the TorGuard VPN would also be a fantastic service. But their VPN adds benefits that their anonymity network does not – namely encryption. They have a tremendous server profile with over 1200 servers in 42 countries as well, and they will let you connect up to 5 devices with the same VPN account, too. In addition, they don’t impose any data restrictions and their service is extremely fast owing to their fast network and the fact that they won’t throttle your bandwidth. To top it all off, their service only costs $5.00 per month.

PureVPN is our list pick for the best VPNs for Cuba, and they offer a fantastic service that is extremely reliable. They also offer great 24/7 customer support in case you need a helping hand to assist you with software or connection problems. We are blown away by their server profile, as well. To date they have more than 500 servers in 140 countries, and they are always seeking to expand their massive network of fast servers. Two other notable features include the ability to connect up to 5 devices at the same time as well as their 7-day money back guarantee that will let you test the waters with your Internet connection in Cuba. They are also priced lower than most of their competitors at only $4.16 per month.