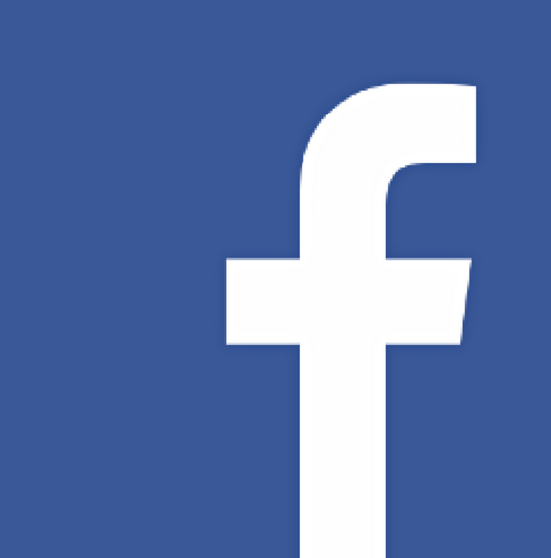 Facebook has become a social media staple that is present in many people’s daily lives. Even a few short years before Facebook emerged, people wouldn’t dare post their inner thoughts and personal information on the web. But today the world is connected like it never has been before thanks to Mark Zuckerberg. Today news, current events, and trends spread like wildfire and people have access to information at blazing speeds. In fact, some people are perhaps a little addicted to Facebook and spend too much time reading news and updating information on the incredibly popular website.

To date there are well over 1 billion users, and because of their immense size, Facebook has raised plenty of discussions about privacy laws and information sharing. But despite the issues and questions Facebook has created due to their journey into new technology territory the world has never seen before, no one can deny how incredibly beneficial Facebook is in a social context for marketing, keeping in touch with loved ones, and rallying people together for organizational purposes. Because Facebook is so incredibly useful and because people spend so much time on it, many organizations have noticed that their members suffer from sub-optimal efficiency and are distracted by the social networking site.

Much to the chagrin of their members, organizations will frequently completely block Facebook in an effort to promote focus and productivity or for political reasons.

Two of the most frequent places that we see Facebook censored is in our schools and at our place of business. Though Facebook doesn’t really pose a threat to anyone, many schools have found how challenging and irritating it is to try to keep students off of Facebook. Even young children have smartphones these days, and teachers simply can’t rely on the honor system to ensure that students are paying attention during their lessons. To thwart this problem, many schools completely block access at the domain-level to ensure that their students aren’t tempted to mess around on Facebook instead of focusing on their studies.

And businesses have found a similar problem and take a similar approach in their strategy. Even though it may not seem like a big deal to check Facebook updates for five minutes, it can cause employees to become easily distracted and crush productivity. And both employees and students know that they should be focusing on their work instead of goofing off and watching the latest cat videos and memes on Facebook.

But here’s the problem. What about down time? Both students and working professionals aren’t occupied 100% of their day when they are at work or school, and during these periods of time it can be unbelievably frustrating that an organization chooses to block our favorite social networking site. Besides, some people even think that small breaks that allow an individual to unwind in between larger chunks of work promote higher productivity.

I’m sure that you have all already heard that some countries block Facebook altogether. Many countries choose to heavily censor their Internet for political and governmental reasons, and one of the greatest examples is China. But some believe that Facebook is a security concern. To be honest, it is so free and open that the ability to exchange information at the speed of light and the ability to coordinate large groups of people is unprecedented in human history, and some crime and terrorist groups have used social media to their advantage. Not to mention that political messages can propagate around the globe in the blink of an eye, and many countries have strict laws about the freedom of speech and what can be said or not said about political figures. Though we all know China has blocked Facebook before, many people don’t know that the following countries have also censored Facebook at least once in the past: Iran, Egypt, Bangladesh, Vietnam, Tajikistan, and Syria.

The good news is that it doesn’t matter what a school, employer, or foreign government does to stop you from accessing Facebook. In our digital age, it is possible to unblock just about any type of content with a proxy service or a VPN. However, I would caution you from using a proxy service as they do nothing to protect and hide your data with encryption. In some countries, the governmental censorship is so strict that they monitor the posts different profiles make, and they could easily trace a post back to your computer if you were using a proxy service that lacks encryption – even if you are posting to a Facebook account that doesn’t have any identifying information about yourself.

The preferred method to unblock Facebook is a VPN tunnel, because it acts as a proxy service with extra features such as unbreakable encryption. With a VPN tunnel, a nation, school, employer, or ISP won’t be able to see what data you are sending over the tunnel, and it helps you to access the Internet anonymously.

Because just about any of the leading VPN services will be able to help you unblock Facebook at a school or work environment, we have created the following list to target problems from the  governmental perspective. If you need help unblocking Facebook in your country, consider the following list of VPNs for Facebook:

IPVanish is a great option for those who just want access to Facebook due to their fast network speeds and their global presence. Their server profile offers connections to over 350 servers in over 60 countries, and they are always expanding. In addition, they are based in the US and offer plenty of US-based IP addresses. They are also very reasonably priced at $6.49 per month, and they offer extremely strong encryption services. The only drawback is that they aren’t the best provider if you want to access copyrighted materials via torrents, but if you are mainly concerned with Facebook connectivity they are a top choice.

ExpressVPN is another fantastic alternative if you are focused on obtaining secure access to Facebook. They have VPN servers present in 78 countries and their network is always expanding. Like most providers, they offer 24/7 support should you run into any connection problems, and their VPN connections are extremely fast as they don’t impose any bandwidth throttling or data restrictions. The only drawback is that they are priced a little higher than most of their competitors, and the monthly cost with a full year subscription is $8.32 per month.

PIA is another great option for those of you looking to connect securely to Facebook, and they allow each account to connect up to 5 devices. They offer connections to over 3,000 servers in 22 countries, and they offer fantastic pricing. Not only do they offer a 7-day money back guarantee, but they are one of the most inexpensive VPNs on the market. When you buy a 1-year subscription, the monthly rate plummets to just $3.33 per month.

VyprVPN has over 700 servers in over 50 global locations and they offer an extremely fast service. Facebook connections aren’t extremely bandwidth intensive, but a fast connection is still a necessity. They support all of the major operating systems and provide connection options such as OpenVPN, L2TP, and PPTP. In addition they have a zero-logging policy that will give you the peace of mind that you are accessing Facebook anonymously.

VPN.ac isn’t as old as some of the other VPN services in the market, but they do a great job of delivering reliable service. Currently they offer VPN connections in 16 countries, and they mainly base their servers in North America and Europe. But they do have several Asian locations such as Japan, Hong Kong, and Singapore. They do provide a 7-day money back guarantee in order to give you time to test their services from your location, and they are pretty reasonably priced. Their services are priced at $4.80 per month when you get a 1-year subscription and they will even allow you to connect 6 devices with the same VPN account.