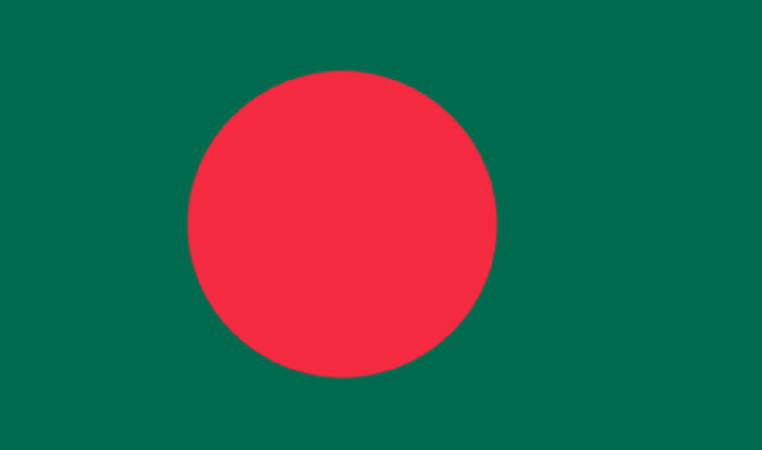 Unfortunately, Bangladesh is anything but a leader in Internet infrastructures. In fact, their Internet is lagging behind the times and their Internet penetration rate is extremely poor. Though other nations such as North Korea have statistically lower Internet access rates, Bangladesh is still among the worst in the world. However, since the invention of mobile technologies, things have been changing a little. More and more people are accessing the Internet through their mobile devices, and just 5 years ago it was believed that approximately 9 out of 10 people accessed the Internet solely through their smartphones.

Because Bangladesh realizes the importance of the Internet, they have been trying to promote it (generally speaking). They seem to realize that it is a critical part of any nation’s infrastructure, and they have been working hard to improve their current situation. Because they see value in the Internet and because their Internet programs aren’t highly developed, the nation wants to build a higher Internet penetration rate. But that does not mean that the government doesn’t filter content, though. They have, in fact, made many efforts to censor content that is hostile towards Islam. In addition, they have also filtered some content that is generally considered offensive towards certain religions and some content that they have deemed detrimental to order and peace. Blocking content that is disruptive to peace is fairly common in many nations, and even some of the most developed nations in the world want to censor content that might give rise to riots, crime, and terrorism. 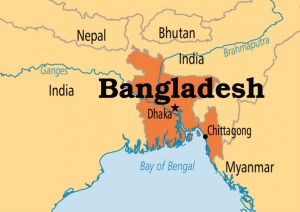 And there have been a few cases of Internet users being punished severely for their posts and their messages – but not only by the government. Believe it or not, Islamic extremists have sought out and targeted people for their ideas because they found them offensive. Many of these victims were journalists and bloggers, and though many have been assaulted, a few have even been killed.

Though the government does take action to censor forms of content that other nations might feel infringe upon the freedom of expression and the freedom of information, the government has certainly tried to make improvements to decrease the state’s control over data. This progress is rooted in 2007 when political activity was impeded by the military. But even though the government is slightly loosening their grip on the Internet, they still certainly have the power to sentence offenders to 10 years in prison and massive fines for violators.

In addition, the government has blocked Facebook in the past due to extremely offensive images regarding the depiction of Mohammed and they have blocked numerous websites with pornographic material. However, Facebook did agree to remove the offensive images and Facebook was once again accessible. And back in 2010, a man was charged with publishing content online that poked fun at political leaders that caused him to be arrested.

Apart from Facebook, the government has banned many other sites. Even though at the time they didn’t have laws that specifically regulated various types of content, they did block access to YouTube completely back in 2009 because a video was uploaded of the Prime Minister speaking to the army. Though it was eventually unblocked, the government seems to be able to block content whenever they see fit. YouTube was again censored in 2012 for offensive content towards Muslims and there have been numerous pages on Facebook that have been censored as well.

Today, governmental surveillance isn’t as big of a problem as it once one. From 2007 to 2010, Internet surveillance was extremely stringent, and governmental organizations closely watched social media posts and other forms of messages such as blog posts. Their surveillance programs haven’t been as advanced as wiretapping initiatives by the US and the UK, but they certainly had made a big effort to make sure that there were no disruptive messages towards religion and politics. However, it is still believed that political activists, media organizations, and journalists are still being closely watched.

And just two years ago a lot of bloggers took heat from the government because of their political viewpoints. Because they sympathized with protestors, the government had arrested offenders such as journalists and bloggers. Believe it or not, they even have a special agency whose sole purpose is to track people online who have been found in the past to promote messages that are anti-Muslim.

What This Means for Your Internet Security

Whether you are a resident or a traveler, you absolutely need a VPN if you plan on using the Internet while in Bangladesh – especially if you are new to the area or you come from a country that enjoys the freedom of expression. What is acceptable in your home country may get you into big trouble with the government, and you shouldn’t take the risk. For example, what if the government noticed that you liked an offensive image on Facebook or responded to a social media post that was offensive towards religion? Even if you didn’t intend to offend people, the government could see your message as an act of aggression or an anti-political or anti-religious statement. You are much better off not taking the risk in the first place.

And if that weren’t enough, you also need a VPN to browse the Internet freely. I’m not suggesting that you would want to access offensive content, but understand that a lot of foreign Internet services block IP addresses from Bangladesh. Many streaming video content sites like Netflix and Hulu only allow connections from US-based IP addresses, but there are many other types of services that you won’t be able to access as well unless you have a VPN.

With a VPN, you will be able to browse the web freely and securely. A VPN will bypass any content that is blocked while simultaneously encrypting your data so the government can’t see what traffic you are transmitting. However, a VPN will not give you free reign to send any message you want. For example, the government could very easily find your profile on Facebook and view messages you have posted – whether you use a VPN or not. And if someone sees your computer screen with offensive material while you are in a public place, such as a café, you can still get into a lot of trouble. Having said that, a VPN is absolutely essential to protecting yourself online. You really can’t do without one if you are browsing the web in Bangladesh. For that reason, we have compared the top VPN services to find the top selection of VPNs for Bangladesh.

ExpressVPN has a stronger Asian presence than a lot of their competitors, which is important for users located in Bangladesh. They have servers that are located very near to Bangladesh such as Hong Kong, India, and Singapore, and you will likely want to connect to these servers if you want to introduce minimal latency. Although, you will need to connect to US servers to unblock certain content like most of the popular video services. However, ExpressVPN has a lightning fast network with servers located in 78 countries, and they do provide a 30-day money back guarantee to ensure that you are pleased with their service. To top it all off they have fantastic 24/7 customer support should run into any configuration or connection issues. The only disadvantage is that they cost a little more than other providers, but $8.32 a month is reasonable when you consider that you are protecting yourself from hackers as well as the government.

VyprVPN is another fantastic alternative for user in Bangladesh, and they also have servers located in Hong Kong so that you don’t experience high amounts of latency. Not only do they have a 7-day money back guarantee, but you can test their service out completely free. While the free version does have some limitations, it is a great way to see how well their service will work on your Internet connection. The Pro version of their service is only $6.25, but you can get it cheaper if you don’t want all the bells and whistles. The only disadvantage is that they do keep some logs, but it is highly unlikely that they would forfeit any information over to the government in Bangladesh.

PureVPN also makes the cut, and a lot of people like them because they allow P2P file transfers on some of their servers. Like the previous two options, PureVPN also has servers located nearby in Hong Kong, Malaysia, and Singapore. In fact, they are actually based out of Hong Kong. Furthermore, they have the ability to send VPN connections over port 445 that make it nigh on impossible for ISPs and other organizations to see that you are using a VPN tunnel. And believe it or not, they are cheaper than the previous two options with a monthly rate of $4.16 when you get a 1-year subscription.

PIA VPN doesn’t have servers in as many countries as the previous alternatives, but they do certainly have servers nearby in Asia. What’s great about their network is the fact that they have more VPN servers than most of their competitors. To date they have about 3096 servers in 24 countries, and they even allow you to connect up to 5 simultaneous devices with the same VPN account. While they don’t offer a free trial, they are one of the cheapest options in the VPN market that still provides quality service. A 1-year subscription will make the monthly price drop to $3.33 per month.

Last on our list of the best VPNs for Bangladesh is IronSocket VPN. They are moderately priced at only $4.16 per month with a 1-year subscription, and they have a 7-day money back guarantee. As you would expect, they have servers in nearby Asian locations that are great for users in Bangladesh, and they currently have over 50 servers in about 36 different countries.