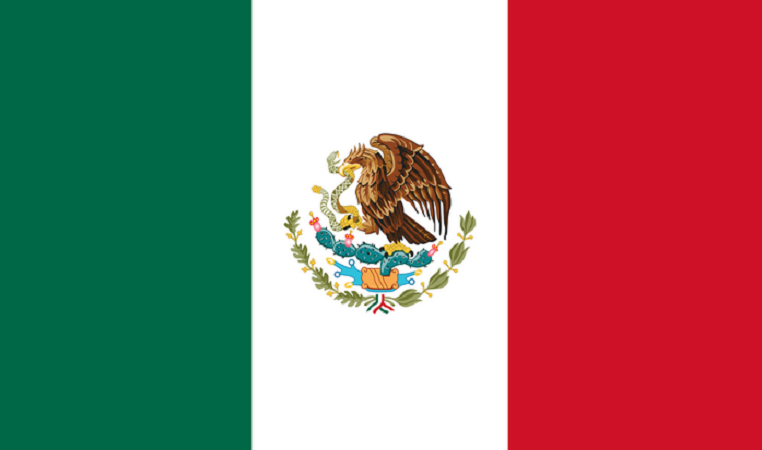 The number of Internet users in Mexico have exploded over the last 15 years, and more and more citizens are connecting online than ever before. In the early 2000’s, the percentage of people that had Internet access were in the single digits. Today that figure is past 40% and still growing. In addition, you might be interested that an extremely high percentage of people in Mexico use a VPN service to connect to the Internet.

But given that their Internet isn’t overly restrictive and the fact that they have relatively free and secure online freedoms begs the question: why do over a third of their citizens choose to protect themselves online with a VPN? After all, they don’t have laws like many Middle Eastern or Southeast Asian countries with respect to censoring political content. Though the state does practice Internet surveillance, it isn’t near as bad as other countries. 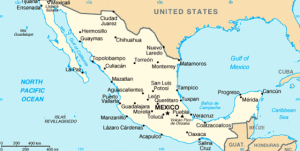 The answer to this question has its roots in drug trade and crime. In reality, the government does have politicians that are very corrupt (just like everywhere else), and they allow crime to continue for personal gain. A lot of people choose to protect themselves out of fear of certain crime organizations, and it is common for journalists, bloggers, and social media users with large following to find themselves in the cross-hairs of criminal organizations. When using a VPN, a citizen will be able to make anonymous posts and speak freely without fearing any backlash or consequences from nefarious criminals.

Internet Surveillance by the Government

Mexico was formerly oppressed by the PRI (Institutionally Revolutionary Party) for close to 7 decades, but that all changed in 2000. Under the PRI, Mexico was very restricted regarding public broadcasting and the media, so it was commonplace to self-censor. But in 2012, the PRI regained power when Calderon lost the elections.

Though Calderon tried to wage a war on drugs when he was in office by increasing surveillance powers of the state, that only set the stage for the next rulers to spy on citizens. In 2011 and 2012, the Mexican government gave the police a lot more power regarding surveillance that allowed them to spy on mobile and digital transmissions. For now these older laws remain active, but it doesn’t seem that they have taken drastic action to use this power against their citizens. While the government does have surveillance powers and capabilities, these tools and mechanisms are mostly aimed at criminal organizations.

But there is a new development that would change things drastically for civilians. Proposed changes would give companies like ISPs the ability to make decisions on their own, such as keeping logs of user data, censoring websites at their own discretion, and allowing the national government to spy on citizens’ data.

Journalistic Censorship and the Media

For most people in Mexico, the largest problem that plagues people online and offline are the drug cartels and criminal organizations. This is especially true for reporters. If a journalist made a report that exposed the details of how criminal organizations operate or their plans for the future, these journalists will naturally experience a lot of fear. In the past, there has been a lot of violence and conflict between political leaders who are corrupt, the actual criminal organizations, and reporters and other forms of journalism – such as blogs and social media. Because of the fear and violence, a lot of people and organizations such as typical news stations are terrified to make further reports on the state of drugs and crime within the country. But that’s only half of the problem, because popular media outlets are owned by some of the wealthiest people in Mexico. And it has been rumored that these individuals are surely take part in criminal activity for personal gain.

Because the media is so corrupt, your average citizen can’t find viable news on their televisions. Instead they turn to the Internet for the truth – be it a news site, blog, YouTube, or social media sites. But the crime syndicates and gangs are very adaptive, and they have violently lashed out against people posting news online. If you hadn’t heard, back in 2011 two Twitter users that spoke out against the drug cartels were found hanging from a bridge close to the border. In addition, in the same year two bloggers were found dead with messages attached to the bodies with a message that you shouldn’t post things online about the gangs and drug organizations. Not only have the gangs harmed people who posted messages in the past, but they have also attacked and killed the users of certain websites. The immense fear of the gangs and drug organizations cause many people to use VPN tunnels to protect their identity. On the right side of the law, in 2011 again, two Twitter users as well, made false claims that drugs gangs had been attacking an elementary school causing a mass panic event so big that they now face 30 years of imprisonment.

Mexico had almost no legitimate and enforceable laws against copyright infringement, and there is so much activity with illegal downloads and piracy that it is believed to be a multibillion dollar industry. However, in 2013 the laws were changed and the MCI (Mexican Copyright Institute) will play a leading role in inspecting the violation of copyrighted material. But in all reality, even with the amendments to past laws, consequences for copyright violations are still extremely lax. And as a result, you don’t really need to worry about downloads in Mexico. Your biggest concern is going to be criminal activity that watches what people post online.

Private Internet Access or PIA is based out of the US, and the best thing about their service is its price and the fact that they don’t take any logs of their users’ data. Though it is highly unlikely that a criminal organization would be able to get their hands on VPN logs from a company based in another country, most people still don’t want to take the risk and instead prefer companies that don’t log activity. Other notable features of their service include the ability to connect up to 5 devices at the same time as well as the fact that they have about 3096 servers on their network. And one of the most enticing features is that you can get their service as cheaply as $3.33 per month.

Though they are based out of the US, they also have VPN connections in nearby locations such as Panama and Costa Rica. They are one of the leading VPN service providers, and they have an incredibly fast tier-1 network that supports all of the major operating systems. Furthermore, they offer a 30-day money back guarantee, and you can rest assured that they implement the strongest security protocols created to date. However, they are a little more costly, and the monthly cost can get as low as $8.32.

Nord VPN gets the bronze medal for this competition, and they are based out of Panama – which isn’t too far away. They have an absolute zero logging policy and you can even pay with Bitcoins if you want to stay 100% anonymous. In addition, they have plenty of servers in the US that might be closer depending on where you live. To date they have a network comprised of 80 servers in 27 countries, and they even have a 3-day money back guarantee. And believe it or not, they are incredibly affordable at just $4.00 per month.

In the recent past, TorGuard VPN has matured into an extremely competitive service that offers extremely fast VPNs and doesn’t keep any logs of user data. They also accept Bitcoins as a form of payment, so you can rest assured that you are 100% anonymous when you purchase and use their service. Interestingly enough, they even communicate server information to their customers so they have real time data showing capacity constraints of their 1200 servers.

PureVPN gets a notable mention for the best VPNs for Mexico due to their rock solid performance and their pricing model. Not only do they offer a 7-day money back guarantee that will give you plenty of time to test their service in Mexico, but they also price their service very inexpensively – you can get it as cheap as $4.16 per month. To top it all off, they provide plenty of nearby locations and they have over 500 servers in 140 countries around the world.