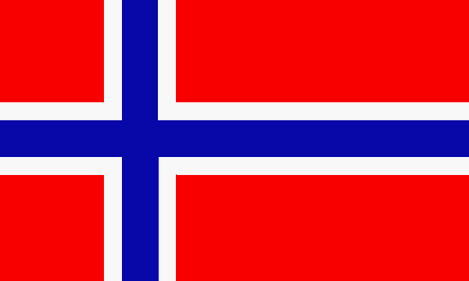 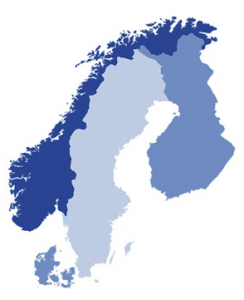 Though many people would feel safe browsing the web in any European country due to laws and regulations set forth by the EU (but they work closely together as Norway is part of the EEA), you should understand that each nation’s interpretation and implementation of those laws varies greatly. But Norway is an outlier from even these types of countries owing to the fact that they aren’t part of the EU. If you’re a resident of Norway, you likely already have an understanding of how irritating government censorship can be. But if you’re a foreigner and you find that work or travel has brought you to Norway, you are going to be shocked at how different their Internet is than in your home country.

Norway has a  very light history of Internet censorship – perhaps even much more more lax than most other countries, but data collection and privacy has become a concern. According to their laws, the burden of legal compliance is placed on the ISPs to make sure that they don’t allow access to content that is deemed to be illegal. Most frequently this pertains to child pornography – which is perfectly acceptable – and copyright infringement. But there is one catch with this framework. The ISPs can include end user agreements that give them the power to censor any content they want in an effort to cover their bases and protect themselves. This most frequently happens with content that is a little controversial because the ISP doesn’t want to run the risk of failing to comply with the law. This means that some political and religious content and other forms of information can easily become censored. Back in 2008, for example, one of an ISP’s customers had caricatures of Mohammed on their website that were admittedly sacrilegious and offensive, and the ISP banned the host servers by using censorship. In addition, they have also banned The Pirate Bay in the past in an effort to comply with copyright law. This is extremely troublesome for people that are trying to download content for free, and very irritating when you consider that other European countries are given the right to download that content as long as they aren’t using it for commercial purposes.

But the most concerning facet of the Norwegian Internet is the nation’s surveillance laws which operate on three different levels: privately, by the police, and by the military. For example, a private operator doesn’t have the legal capacity to record IP addresses unless they have permission to do so from the government, but the police and the government have far greater power. While it is true that the police first require a court order in order to listen in on domestic phone calls, they can obtain a court order with only the suspicion that someone is engaging in crime. If they were suspicious but it turns out that the subject wasn’t engaging in criminal activity, they essentially eavesdrop without consequence. But the military surveillance is pretty typical among countries who implement such techniques. They have the legal capacity to wiretap communications that are one-end foreign, so unless citizens are only communicating with domestic servers (which isn’t at all likely), the military can see what you are up to.

These concerns only amplify the need for Internet security with a VPN tunnel to prevent the government from seeing your online activities. But that is only half of the problem, because there are still hackers and petty criminals that employ techniques to steal your data as it is in transit through the public Internet. If you are spending any amount of time in Norway, it is highly advisable to consider the following list of the best VPNs for Norway:

This VPN provider has spent years and years building out a network of global servers that provide lightning fast connections. As such, they provide a reliable and well-rounded service to encrypt your data and secure communications around the world. They offer servers in over 78 countries (and counting) and they offer 24/7 support to accommodate people from all corners of the world. Also, they offer VPN servers in Norway so you can make domestic connections if you wish. All in all, Express VPN is a fantastic choice with only one downside – they are a little bit more expensive than some of their competition. But the quality of their service easily justifies their price.

PIA offers a wealth of connection options outside of Norway that will allow you to access content from VPN connections that terminate in other countries. They are one of the VPN services that provides better logging policies than most, and don’t keep any logs of your data. Equally important is the speed of their service, which is incredibly fast. In addition they won’t throttle your connection speed or limit the amount of data you can send over their VPN tunnel. The only drawback is that they are based in the United States, which could mean they have fallen victim to the N.S.A. However, if you are only using PIA to unblock websites, this is inconsequential.

This VPN provider is based out of Hong Kong and they allow up to two simultaneous VPN connections. And because they support both iOS and Android, you can rest assured that your data is safe on your smartphone as well as your desktop computing systems. They also provide a 3-day money back guarantee, and some people feel safer using them since they aren’t based in the United States. However, on the other hand, they do keep some logs. But they offer connections all over the world and will drastically help your data from being intercepted and read by local and foreign governments.

This VPN service provider has recently added more servers across Europe, and they have even added connections to Norway. Furthermore, they do offer a free trial so you will have an opportunity to try it before you buy it. They offer a variety of packages with different features, but their VPN and SmartDNS package is only $4.84 per month when paid yearly – which isn’t too bad at all. Also, there VPN and SmartDNS package will give you access to 94 servers spread out across 39 countries, and they are always growing their network.

If you live in or are visiting Norway, fear not. Vypr VPN offers servers for VPN connections there as well as over 700 servers in 50 different countries. Some of their best features include the lack of VPN throttling, unlimited data usage, and the ability to change server connections on the fly as many times as you want. Lastly, they even offer a free trial lasting 3 days so you can get an idea of how well it will work with various applications.