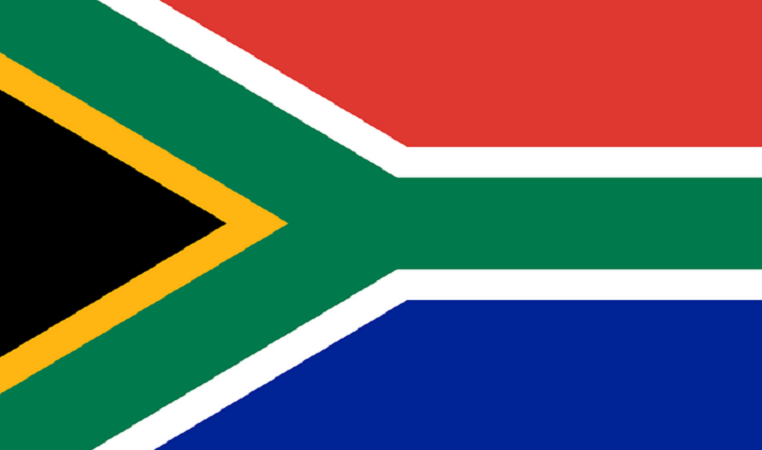 Though South Africa is more developed than many other nations, you might be surprised how low their Internet penetration rate is. Currently, approximately 45% of the residents of South Africa have access to the Internet, and the highest concentration of Internet users are in Johannesburg.

Even though they have a decent percentage of citizens with Internet access, how free is their Internet? Well, it really falls somewhere in between a closed Internet and a completely free Internet. To be fair, they don’t suffer from laws that inhibit the online freedom of expression as much as other countries, but they certainly aren’t as free as many other countries either – they seem to fall in the grey area. Many people have said that their Internet is only partially free, and this is mostly due to the heat the media has taken from law suits.

The press is frequently the target of court battles, and there are a lot of civil cases as well. With that said, online news and other publications are often seen through the cross-hairs 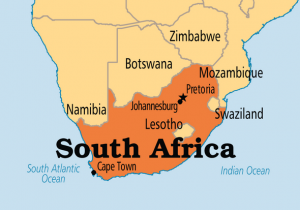 of the court system when they offend various people and organizations. Libel isn’t a criminal act as it is in many other countries, and you won’t go to jail for it. And as far as their Internet censorship programs are concerned, they really don’t have extremely restrictive programs in place to block Internet content. The largest exception is pornography among a few others, but by and large the Internet is mostly free. But even though the South African government doesn’t place unreasonable censorship restrictions on the Internet, many US based content providers only allow access to their services from US-based IP addresses such as Netflix, Hulu, Amazon Prime’s video content, and many others.

Arguably the largest threat to the freedom of expression in South Africa is the Secrecy Bill. Although the government set forth specific reasons why the law was proposed in the first place. The laws affect journalist who divulge state secrets in any form – including online. And the consequences are very severe. In fact, an offending journalist can receive a sentence as long as 25 years in prison. The argument against these laws is that it gives the government a tremendous amount of power. And many people question if these laws will give the government a foothold to further diminish the freedom of expression. The good news is that the current President, Jacob Zuma refused to sign the bill, and is still awaiting a second proposal from parliament.

Furthermore, since 2013 there have been laws that protect the information of individuals. PoPI (The Protection of Personal Information Act) was created to ensure the protection of personal data and online privacy, and no such laws existed previous to this act, and it gives people the power to file civil cases against individuals and organizations who violate these rights.

To be completely honest, even though the Internet climate is milder than many other nations, you really do still need a VPN connection to secure your data. First of all, there is a lot of content online that isn’t available in South Africa simply because it is only allowed in select locations such as the US. Though the South African government doesn’t censor this data, this content is blocked by the providers. You will still need a VPN to unblock access to these sites, and you should also consider a VPN for encryption. Though PoPI does protect your rights to privacy as well as your data, the last thing you want is a lengthy battle in court. It is time consuming, expensive, and a real hassle. Furthermore, you need a VPN to protect you from foreign governments. Many governmental agencies, such as those in the US, regularly perform wiretapping to monitor and survey foreign communications. Do you really want your name and connection information (as well as sensitive personal data) to end up on a database controlled by a foreign government? Of course not. Understand that it isn’t that uncommon for VPN service providers to host servers in South Africa, so we built this list based on many different factors. For these reasons, we have compared the leading VPN services to find the top selection of VPNs for South Africa.

IPVanish is our top pick for users in South Africa who want to circumvent web restrictions and protect their data as it is in transit to foreign countries. They have servers on all of the most popular continents that host major web services, and right now they have more than 400 servers in 60 countries. They make the top of the list because they have an extremely fast and reliable service with great 24/7 customer support – but they aren’t priced too high, either. The monthly cost of a 1-year plan comes out to be $6.49 per month.

ExpressVPN had to be mentioned near the top of the list due to the fantastic quality of their service. They offer a service that is very comparable to IPVanish VPN, and their lightning quick tier-1 network of VPN servers combined with their 24/7 customer support make them a contender for the best VPN for South Africa. They host servers in 100 locations around the world in 78 countries, and they support all of the major operating system platforms as well as some more obscure ones. But there are two drawbacks to their service. First of all, they only allow you to make concurrent connections with 2 devices per VPN account. Secondly, they cost a little bit more than other providers at $8.32 per month, but it’s like they say: you get what you pay for.

NordVPN improves upon ExpressVPN in two key areas for South African users. Firstly, they cost a lot less, and the monthly cost of their service can go as low as $4.00 per month. Secondly, they will let you connect up to 5 devices simultaneously when using their service. However, though they have great customer support and a 30-day money back guarantee, they don’t have as large of a network as ExpressVPN. To date they provide connections to about 80 VPN servers that are geographically located in 27 different countries.

VPN Area has grown into a tough competitor in the VPN industry, and they had to make the list for the best VPNs in South Africa. First off, they are very reasonably priced at $4.92 per month. But what’s interesting about their service is that they include a feature called anti-DNS leak protection, which will ensure that your computer doesn’t make DNS queries through your ISP. Doing so would drastically harm your privacy and your ISP could see every website that you connect to. In addition, VPN Area has servers in 51 countries and they will allow you to connect up to 5 devices with the same VPN account.

Last but not least is PIA VPN. They have been around for a long time, and they are another great alternative for users based in South Africa. One staggering feature of their service is the fact that they have about 3096 servers in 24 countries. They have more servers and more capacity than just about every other VPN provider, and they will even let you connect up to 5 devices at the same time with a single VPN account. Their lightning fast VPN connections don’t limit you with data restrictions and they don’t throttle your connection, either. With such a fantastic service, you might expect them to cost a lot – but au contraire. Their service only costs $3.33 per month!