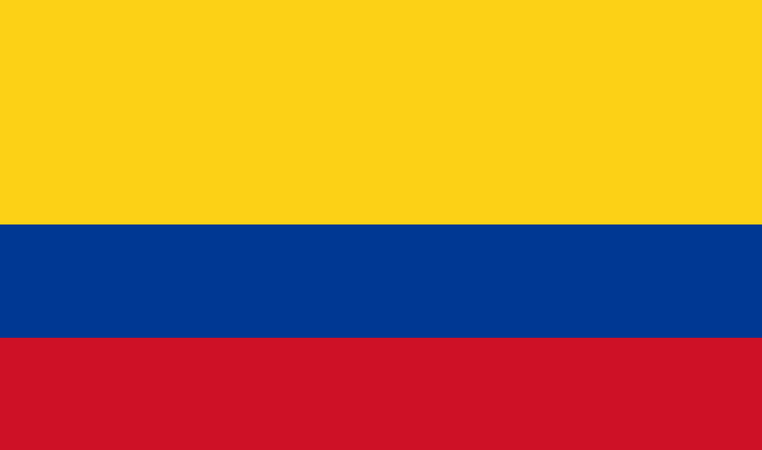 Though Colombia didn’t have massive Internet penetration and availability for the bulk of their users, we have seen a recent rise in Internet connectivity over the past few years. With each passing day, more and more of Colombia is becoming connected to the Internet and currently a little more than 50% of their domestic population has Internet access. But as the Internet landscape in Colombia rapidly develops, so too does the amount of control and influence of the government on domestic communications.

The threat isn’t only domestic though – it is also foreign. The fact of the matter is that the most popular Internet services such as social media and entertainment media don’t host their services in Colombia. This means that any user in Colombia, whether traveler or domestic citizen, will have to send their data to a server located in another country. This introduces a whole new range of threats because many foreign governments have data monitoring programs in place to censor and spy on communications that are one end domestic and one end foreign. For example, if a Colombian user wanted to access data on Facebook or another service located in the United States, the US government can perform wiretapping techniques. 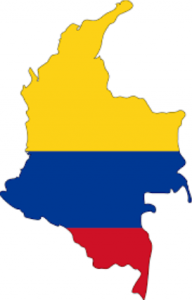 The can of worms was opened when whistleblower Edward Snowden first revealed the Internet spying initiatives of the N.S.A., but the US is only one such power on the Internet. There are many governments around the globe that spy on data, and more often than not data sent from Colombia is going to cross geographic boundaries that put your data in harm’s way. If you are a resident of Colombia or just passing through for holiday or business, you need to make sure that your data is properly secured with a VPN tunnel. As we cover in our informative online privacy guide, VPNs are great for securing your data so governmental agencies and hackers alike cannot intercept and read your data, but they also offer another fantastic benefit. You might find that some of your favorite video streaming and content sites are blocked in Colombia due to either censorship programs from the government or licensing deals that prevent online services from making their websites available in select geographic locations. A VPN tunnel will allow you to access this restricted content and hide your data so ISPs and other types of network won’t be able to see the data you are transmitting.

The State of the Colombian Internet

Colombia has been making massive strides towards improving the state of their country and increasing trade with other countries to increase their GDP. In fact, the FTA (Free Trade Agreement) with the United States back in 2011 has helped to further develop their nation and increase incomes from business and travel.

But the real benefit of the FTA from an Internet perspective is that it has helped make massive improvements regarding the number of citizens that have Internet access. The only other country in Latin America that surpasses Colombia in Internet penetration is Uruguay. For the most part, Colombian Internet users have the freedom to browse the web without encumbrances from massive censorship programs that would edit and track blogs and social media content. In some other countries, a misguided or political social media comment could mean serious jail time and steep fines.

But the Colombian government won’t usually throw citizens in jail for things such as trolling or making generally offensive remarks, posts, or messages. There are, of course, a few exceptions. For example, back in 2014 a person by the name of Gonzalo Lopez received a $5,200 (USD) fine and 18 months in jail on the grounds of libel. The extreme ruling for an internet comment was not the first, back in 2013, a similar case involving Luis Agustin Gonzalez was sentenced to 18 months of jail time, but was eventually acquitted. So, in summary, Colombia doesn’t have overly harsh laws concerning the freedom of expression. That said, given the two previous examples most people would like to stay anonymous online by using a VPN service that doesn’t log their data. Furthermore, you are most likely going to want to connect to a VPN server that isn’t located within Colombia. This is especially true of people looking to unblock video content like Hulu, Amazon Prime, Netflix, and other similar streaming services that only cater to IP addresses based in the US. Without further ado, here are the five top VPNs for Colombia.

ExpressVPN is our top pick for users located in Colombia for many reasons. Each component of their service is either on par with their competition or completely surpasses it. For example, they have a highly developed tier-1 VPN network with lightning fast speeds and servers in over 78 countries. In addition, they have fantastic customer support that is available 24/7 and they even let you connect up to two separate devices to the VPN tunnel with the same account. They are admittedly a little more expensive than some of their competition, and the monthly rate for a 1-year subscription is $8.32 per month. However, having said that, they do give you a 30-day money back guarantee to give you ample time to test their services at your current location.

VyprVPN is very comparable to ExpressVPN with regards to the number of users who can use the VPN tunnel per account as well as the speed and reliability of their service. They also do a fantastic job of providing you with plenty of global connection options, and they have over 700 servers located in over 50 countries. While they don’t offer a 30-day money back guarantee like Express VPN, they offer something better. You can actually use their service completely free of charge to test it out, but there is one caveat. They do impose data limits on their free service. However, this should give you plenty of time to see how well their service works in Colombia, and their monthly rate is very reasonable as it only costs $6.25 with a 1-year subscription.

PureVPN is also another top pick for users based out of Colombia for a variety of reasons. First of all, they have an expansive tier-1 network that provides blazing fast speeds and reliability that is on par with Express VPN. With more than 500 servers in over 140 countries, you don’t have to worry about global connection options of capacity issues. In fact, they don’t throttle your bandwidth or impose data limits. They will also permit you to connect up to 5 devices with their service, but their pricing features are even more enticing. Not only will they give you a 7-day money back guarantee, but they are extremely affordable at just $4.16 per month.

PIA is easily the cheapest VPN service for users looking to secure their Internet in Colombia. But don’t let their cheap price fool you into thinking they offer a subpar service – it’s actually quite the opposite. Though their service only costs $3.33 per month with a one-year subscription, they actually offer more server connections than many of their competitors and therefore have a greater capacity. To date they have some 3096 servers in over 24 countries, and they will even allow you to connect up to 5 concurrent devices with the same VPN account. To top it all off, they even provide you with a 7-day money back guarantee.

Last but not least is IronSocket. Though they are newer as a company than many of their competitors, they aren’t exactly a burgeoning VPN service anymore. They currently offer connections to over 50 servers in 36 countries, and they are extremely affordable. Their current pricing plan only comes to $4.16 per month with a 1-year subscription and they even offer a 7-day money back guarantee. Lastly, you should note that they will allow you to secure up to 3 devices with the same VPN account.