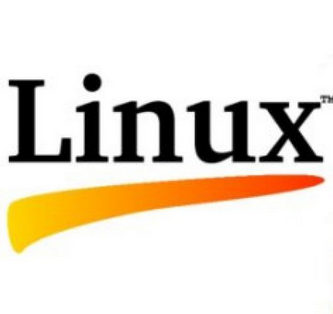 Those who are new to Linux are often enamored with all of the exciting features of their new operating system. Linux systems have a lot to offer, any many find them superior to other desktop operating systems such as Windows. But even just a few years ago Linux wasn’t as popular as it is today. Different distributions are constantly popping up that contain exciting new software features, and the good news is that there are many new varieties of Linux that were created to be so easy to use that even the most technically challenged individual won’t have a problem using the operating system.

Many feel that the benefits of Linux outweigh the drawbacks of Windows. Unfortunately the Windows operating system is extremely flawed and contains a lot of bugs that will cause machines to crash (the blue screen of death). But they also contain security flaws that makes it easy for Internet attackers to steal your data with viruses, rootkits, malware, Trojans, and more. Believe it or not, Windows 10 is incredibly insecure by default owing to the fact that Microsoft built it to send copious amounts of data back to their corporation, that even VPNs cannot prevent alone. Many of the inherent bugs and exploits on Windows and proprietary software are outlined in our online privacy and security guide. All of these drawbacks leave users looking for a better alternative operating system that is easy to use and incredibly secure, and this is where free open source software shines. 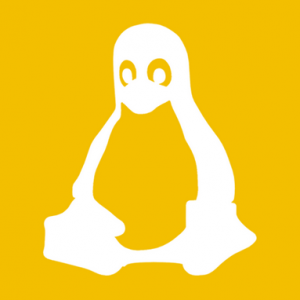 Enter Linux. As most people know, Linux is incredibly more secure than other operating systems and you have virtually limitless access to free software. But the newbies often make a big mistake when they switch to a Linux system. While it’s true that Linux is extraordinarily secure when compared to Windows, that doesn’t mean that you don’t need security services. Sure, Linux systems aren’t susceptible to the myriad of viruses and malicious attacks that Windows is, but by and large your data is a sitting duck as it traverses the public Internet. Linux can only protect your data while it is sitting on your local machine. If you send your data through the Internet in an unencrypted format, any old hacker could easily intercept and read your personal information – be it personal pictures or payment card data. If you’re the type of person that takes care to secure your data, a VPN combined with a Linux system is going to offer you levels of comprehensive protection that aren’t obtainable on other operating systems.

But this introduces a new problem. How do you know which VPN services to choose from? The vast majority of software in the world of desktop computing was written for Windows, and this is a hurdle that Linux newbies have a hard time overcoming when they first make the transition. Fortunately, the top VPN providers in the industry typically make their services available on Linux platforms by taking advantage of an open source software project called OpenVPN. Though not every VPN provider explicitly states they are available on Linux via OpenVPN, the best providers are going to offer a setup guide that will show you step by step how to configure OpenVPN on some version of Linux. OpenVPN is the most secure VPN protocol and should always be used as a first choice. Typically I find that they most often show their demonstrations on Ubuntu because it is the most popular Linux desktop-replacement operating system owing to its ease of use. You can also consult the Best VPNs for Ubuntu page instead, which focuses on similar setup guides, but specifically for that build. If you need help finding the best VPN for Linux, consider the following options that are the top services in the industry that work well with Linux:

ExpressVPN makes the top of the list for Best VPNs for Linux due its compatibility and reputation for speed and reliability. They currently have servers in over 100 locations in over 78 countries, and they don’t impose any constraints on how often you can switch VPN endpoints. The best part is that they are supported on a wide variety of operating systems, and they will show you step by step instructions on how to setup OpenVPN on Linux. In their example, they show users how to setup the software on Ubuntu, but the steps are almost exactly the same on many other versions of Linux.

Private Internet Access also provides a great VPN solution for Linux users. Yet again, you’ll find that their Linux how-to configuration guide will use OpenVPN in an Ubuntu the demo environment. They only downside to their guide is that the screenshots they took aren’t of the entire screen, so newbies might have to hunt around for the right button for the first few steps. But they provide an excellent service that can be as cheap as $3.33 per month when you buy a 1-year subscription – and they even provide a 7-day money back guarantee in case you don’t like their service for some reason.

IPVanish uses Ubuntu as their demo environment to show you how to configure your software in a Linux environment using OpenVPN. And their screenshots are fantastic. They use a slider full of images that have been edited to highlight every single button you need to click on and every command you need to enter. They make it so simple that even Linux novices won’t have any trouble configuring their VPN. Their service costs a little more than their competitors at $6.49 per month when you purchase a 1-year subscription, but that’s reasonable when you consider the quality of their support and the speed of their tier-1 network.

VyprVPN has over 700 servers in over 50 countries that provide access to more than 200,000 unique IP addresses, and they are well known for providing an extremely fast and reliable service. Their Linux guides show you both how to configure your software using OpenVPN and PPTP. Admittedly it would have been nice if they added some screenshots of the installation and configuration process for newbies, but they still do a good job of simplifying the steps in their guides.

NordVPN, though supported on Linux, also doesn’t provide any screenshots in their Linux configuration guide – but they do a great job of listing out every last step and command you need to enter to configure your software. They also provide some handy features with their service such as a VPN kill-switch to stop your downloads if your VPN disconnects as well as a feature that will help spot DNS leaks. Interestingly enough, their service even allows you to run concurrent VPN connections on up to 6 devices with their standard package, which is priced extremely low at just $4.00 per month when you opt for the full year subscription.