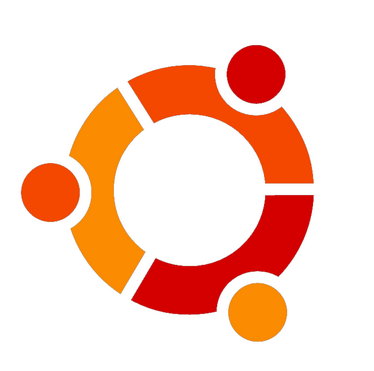 Whether you’re a Linux geek or an Ubuntu newbie, you still need to think about your Internet security once data leaves your computer and travels through the Internet. The problem a lot of people make is they figure that Ubuntu is much more secure than Windows (which it is) that they don’t need to give their Internet security a second thought. But this just isn’t the case. Even though Ubuntu is many times more secure than Windows, your data still isn’t secure once it leaves your computer.

But if that’s the case, then how is Ubuntu more secure than Windows? Well, Ubuntu has operating system features that make it much harder for hackers to corrupt or hack into. In fact, the majority of viruses and Trojans in the world were designed specifically for Windows. In part, this is due to the fact that Windows has been the most widely used desktop operating system for a number of years. Linux operating system have controls and security features that don’t make them vulnerable to the same kinds of threats that Windows operating systems are susceptible to. In that sense, Ubuntu is many times more secure. This is mostly always true when it comes to open source software, due to the nature of the platform allowing for continuous improvement and development from a community of coders. 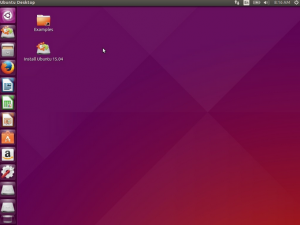 But there’s just one catch. An operating system will only be able to protect your data when it is sitting on your local computer. If you were to send data across the Internet to a server in a different geographic location, any number of people could see your data and steal your information if you haven’t secured it properly with a VPN tunnel. As your data flows through the public Internet, hackers, governmental agencies, and Internet service providers have the opportunity to see, capture, steal, and store your data if you haven’t encrypted it with a VPN tunnel – and there’s nothing Ubuntu can do to stop them. If you want to have all of your security bases covered, it would be wise to use Ubuntu in combination with one of the top VPNs for Ubuntu. The following providers offer in-depth setup guides for Ubuntu, but you can also visit our VPNs for Linux page if Ubuntu is not your build of choice.

ExpressVPN makes the top of the list owing to the fact that they have existed in the marketplace for years and have a proven business model that delivers an extremely fast and reliable VPN service. They do cost a little more than other providers ($8.32 per month for a full year subscription), but they offer phenomenal customer support and their software is extremely easy to use. Furthermore, their VPN infrastructure is one of the most developed in the industry and they can give you access to over 80 different countries. Their Ubuntu setup guide makes the configuration process easy to complete, too.

TorGuard also does a fantastic job of showing Ubuntu users step by step how to setup their software in an easy to follow guide. Their software is loaded with features and supports Ubuntu with DNS leak protection, connection options such as OpenVPN, L2TP/IPSec, and PPTP. They also do a great job of protecting your anonymity with anonymous Bitcoin payment options and the fact that they don’t keep logs. Their full featured software and variety of connection options for Ubuntu users makes them a great alternative to Express VPN.

PIA has been a favorite service in the industry for a while now owing to their fast service and there developed network. They also do a great job of supporting Ubuntu users with an easy to follow OpenVPN setup guide, and their screenshots will make the process extremely simple. They also accept Bitcoin payments, and they offer a “client” that you can download that is really just a script that utilizes everything that OpenVPN needs in order to work with the Network Manager. But it will speed up and simplify the configuration process. Lastly, most people love the fact that you can purchase their service for as little as $3.33 per month when you select an annual payment plan.

ibVPN is our last top choice for Ubuntu, and you should note that while they have a no-logs policy and refrain from logging the activity of their users, they do retain some data for up to 7 days at a time. But they do a fantastic job of showing users how to setup OpenVPN using Ubuntu with easy to follow screenshots and commands. They, like the other providers, will accept payments using Bitcoins and they do allow P2P traffic on their network. Lastly, their service is pretty inexpensive when compared to some of their competitors and you can get their service as inexpensively as $4.95 per month.

PureVPN also provides an extremely fast and reliable service, and they allow P2P file transfers on many of their servers. Furthermore, they will allow up to two simultaneous connections for your devices and they offer an Ubuntu setup guide – but they show you how to configure PPTP when there are other stronger protocols out there. That said, they did do a great job of capturing screenshots and they offer 24/7 support to help you out no matter what time zone you are currently located in.