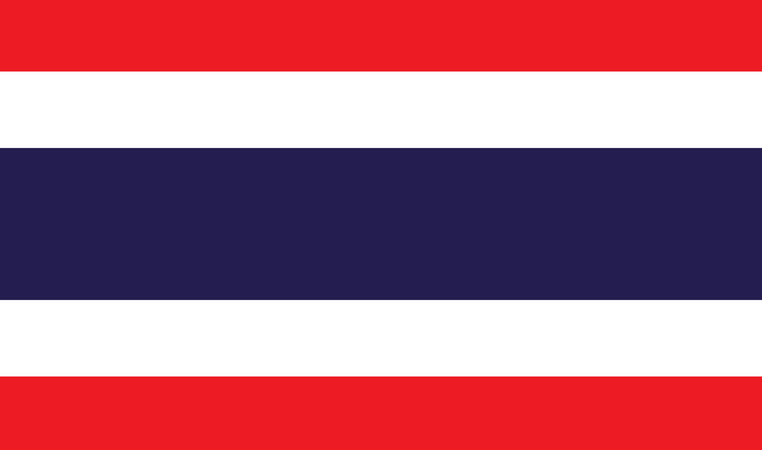 Though Thailand may have some of the prettiest beaches in the world, hordes of tourists, and an accepting Buddhist culture (at least on the surface), their Internet is heavily censored and corruption runs rampant through the country. In fact, they are one of the nations in the world where people try to circumvent Internet laws and regulations the most.

And within the last 5 years, Thailand has been changing a lot. Due to political and religious motivations, there have been numerous attacks, protests, and bombings. If you remember back in 2010, there were protests that might have passed riots between the red-shirt and yellow-shirt groups who had competing ideologies regarding the government. In addition, the southern tip of Thailand that borders Malaysia has long been in conflict. For these reasons, it is no surprise that the government would want to squash any content that might result in political tension like a bug. They frequently censor content that might have offensive or extreme political messages, and offenders have been sent to jail. 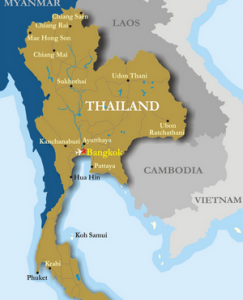 Furthermore, in Thai culture you cannot disrespect the king or his family. To do so is considered extremely offensive and it could get you into a lot of trouble. Posting videos or making comments online that disrespect the royal family or Buddha can have some dire consequences, but sometimes they may go overboard and censor content that other nations might simply see as news and current events.

Though Thailand is still a Kingdom with a monarchy, their government has underwent some drastic changes and developments in the last 10-15 years that built the foundation of the current Internet freedoms today. Back in 2001 Prime Minister Thaksin took office. He was a favorite of the poor farming communities, but he was not favored by the middle class. The tension under his leadership erupted into the first change in government in more than 15 years that was not constitutional, and he was overthrown in a coup d’état. The military upheaval did little to calm the waters, and in 2007 a new election was held. The PAD (People’s Alliance for Democracy) were the group that opposed Prime Minister Thaksin, and they were called the yellow shirts. The red shirts largely represented the communities from small farming towns and villages, and they were violently opposed to the yellow shirts.

Then in 2010 the tension erupted into violent attacks and protests between the two parties. There were multiple grenade attacks throughout Bangkok that were allegedly linked to the red shirts, though party leaders would only deny these claims. As you can surely see, there is a history of a tense political climate within Thailand, and this short background should give you a good idea of why the government chooses to censor and control Internet content.

Thailand has a history of Internet censorship that existed well before the coup d’état that overthrew Thaksin. While a small percentage of the content they censor correlates with threats to the nation and acts of terrorism, the vast majority of sites that are blocked have reasons rooted in culture and religion. For example, a large number of the sites that were blocked contained sexual and pornographic material. Generally speaking, the types of contents that the ISPs will censor are mainly related to political dissent, pornography, gambling, and tools that might help a citizen or visitor circumvent web restrictions. But as we have said already, Thailand is one of the top nations in the world where citizens use tools to get around Internet censorship and other restriction techniques.

However, the censorship of the Internet is not consistent. Sites that are blocked when using one ISP may very well be accessible when using another ISP. But understand that the Thai government does coerce ISPs into blocking sites according to list that the government has curated. But they really only make an effort to block web content and they haven’t blocked other services such as voice, IM, and other types of data transmissions.

The government certainly does take great measures to monitor what people say and post on the Internet. One of the largest offenses apart from political dissent is disrespect towards the royal family, and they have people that constantly monitor forums, social media, and other types of online information to look for people speaking out against the government and the royal family. In fact, members of the state and police have the power to collect logs from ISPs that track online activity.

The Criticality of VPNs in Thailand

You will certainly want to use a VPN tunnel if you are traveling or living in Thailand for any amount of time. Firstly, their censorship program means that you won’t be able to access a lot of data that is hosted in other countries, and many of those countries block incoming connection attempts from Thai IP addresses. The good news is that the top providers will give you plenty of global connection options to choose from. If you only want to secure your data to hide it from the eavesdropping local government, you will likely want to connect to servers located nearby geographically in places such as Japan, Hong Kong, Singapore, or the Philippines. However, your best bet is probably Hong Kong if you want to protect your privacy and anonymity without introducing undesirable latency.

ExpressVPN is our top pick for Thailand because of the quality of their service. Not only do they give you a lot of flexibility when determining which of their VPN servers you want to connect to in 78 different countries, but their service is extremely fast, strong, and reliable. Though you shouldn’t have any problems running a VPN in Thailand, their 30-day money back guarantee will give you time to test connections to servers in a lot of different countries to find the closest server with the best performance. They do have a strong Asian presence, and you can easily make connections to neighboring countries and locations such as Hong Kong or Singapore. As the old saying goes, you get what you pay for – and ExpressVPN does cost a little bit more than their competitors at $8.32 per month.

VyprVPN is a fantastic alternative to ExpressVPN if you still want quality service, Asian servers, and a cheaper price. Though they are based in the US, this service has servers in 38 countries and has a strong Asian presence in locations next to Thailand such as Singapore, Hong Kong, Malaysia, and even Bangkok-based servers – though you will likely want to terminate your VPN tunnel outside the country.

They do have a 7-day money back guarantee to give you time to test connections to different servers, but you can also try their free trial. Their pricing model is a little more complex than other services, but you will most likely find that their Pro package has the highest value.

PureVPN is our third choice for users in Thailand, and they offer even greater global flexibility than the preceding two services. Right now they have over 500 servers in 140 countries, and they have servers strung out across a great portion of Asia. One great advantage of their service is the ability to connect up to 5 devices to a VPN tunnel with only one account, and they do have a 7-day money back guarantee. Lastly, understand that they are more affordable than the previous two options given that their service is only $4.16 per month.

PIA ranks number four on our list of the best VPNs for Thailand, and their service is a little different than the ones already mentioned. While they only have servers in 24 countries, they have more servers than any of the other services in this list – meaning that they have far greater capacity. Currently they have around 3096 servers, but they are always strengthening their network by adding more VPN endpoints. Like a few other services, they also allow you to connect up to 5 devices per account, but most people think the biggest advantage of their service is their price – only $3.33 per month with a full-year subscription.

Last on our list is VPN Area, and they have been an up and coming service for a while. Though they aren’t as old or as developed as some of the other services in the marketplace, they have grown into a great VPN service. They have more global locations than PIA, and they currently have servers in 51 countries. Also, VPN Area will allow each account to have 5 devices utilize the VPN tunnel, and they even have a 7-day free trial to let you test their service at your location in Thailand. Lastly, they are very affordable at just $4.92 per month.