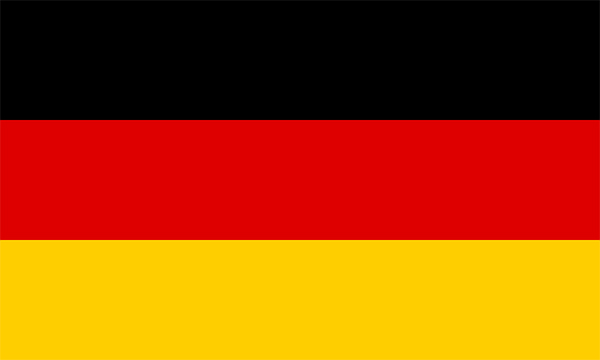 In Germany, privacy is a main concern and there are strong regulations in place that aim to protect it. That is why it does not come as a surprise that the German government took very seriously the allegations that the NSA tapped Chancellor Angel Merkel’s phone. The public also reacted with concern when broadcaster ARD revealed the extent of the surveillance that the US organization is applying in Germany.

To make matters worse, in July 2014, Germany expelled the CIA station chief from Berlin, after finding out that the agency had recruited a German intelligence officer to act as a spy for the US government. These events have led to a growing aversion towards the intrusive operations that US agencies are carrying out across the world.

It is clear that Germany is heavily targeted by the NSA and while it is expected that the German government reinforces its approach to prevent surveillance in its territory, users should not neglect their responsibility in the protection of their own privacy. The truth is that while the German government has condemned the NSA actions, they are not free of guilt when it comes to using questionable monitoring methods. In 2006, a German investigation report from a fomer judge by the name of Gerhard Schäfer, revealed Germany’s own surveillance programs from the Federal Intelligence Service (BND) of Germany, had also been abusing privacy rights at alarming levels for more than a couple of decades. Furthermore, Snowden documents also revealed that the BND worked very closely with the NSA, contradicting their claims of ignorance.

Germany also follows the EU IPRED Enforcement Directive, which is used to trace and punish copyright infringement online, which force ISPs to collect and hand over subscriber data to law firms and authorities. Although the courts have handled the increase of infringement cases very well, declining claims altogether and reducing the fines for legitimate ones, it is questionable if the cases should have ever existed. The country has been active at fighting piracy for many years now, and one notable case was the eDonkey 2000 offensive, where over 3,500 residences got raided for utilizing the P2P file sharing program and thus distributing copyrighted material. Overall, the country retains strong privacy laws, and the EU Data Retention Directive has been ruled unconstitutional by Germany’s highest court, but with the current climate, it remains difficult to say how much is still protected by privacy rights.

One of the things that users can do to enhance the security of their connection is to use a VPN. This technology is an ally in protecting your privacy and that is only one of the advantages that it offers. A VPN also ensures that you can enjoy unlimited access to websites and online media content. Even though Internet in Germany is not subject to the levels of censorship that are applied in other countries, there are certain restrictions that should be taken into consideration. For instance, copyright enforcement laws in Germany are quite strict and users that are found to be in violation could face severe legal actions including fines and police server raids.

Furthermore, due to an on-going dispute between YouTube and the German performance rights organisation GEMA, many music videos from popular artists are blocked in Germany. A German court ruled that YouTube may incur in violation of copyright and cause damages for copyright holders when videos are hosted without the proper authorization. As you can see, there are many reasons to use a VPN in Germany and in this list, we’ll tell you which are the best services to consider.

Based in Panama, NordVPN is a convenient solution for users that want to keep their privacy secure while enjoying a flexible internet browsing experience. Their no logging policy and solid service have gained them recognition amongst users around the world. NordVPN’s Double VPN is a great feature that encrypts your data twice using AES-256-CBC. This ensures that your online traffic is protected with the highest level of security.

AirVPN allows you to remain anonymous online so that you can enjoy freedom to access the content that you really want to see. Thanks to the solid performance and speed that AirVPN offers, users can watch videos and download media content without delay. AirVPN is versatile and reliable and thanks to the detailed statistics provided, you can have access to important information such as download/upload speeds, ensuring that you get the most out of this VPN service.

Features such as dynamic IP and split tunnelling, which allows users to connect to a secure server to visit specific websites while using their local connection for other applications, are what makes PureVPN stand out as a reliable choice. They also offer great tutorials, top speeds and performance. Additionally, PureVPN’s customer support is recognized as one of the most efficient in the industry.

IronSocket has a great selection of servers and provides high security thanks to its AES 256-bit Data encryption with SHA256 message authentication. With IronSocket you can count on strong protection for your privacy, as well as a fast and reliable service that allows you to access a wide variety of content.

With SwitchVPN you can bypass restrictions in order to access videos in YouTube. It is also an easy to use solution that secures your connection with top encryption. While its selection of servers may seem limited when compared with other services, SwitchVPN is a practical option that allows you to keep your privacy protected.