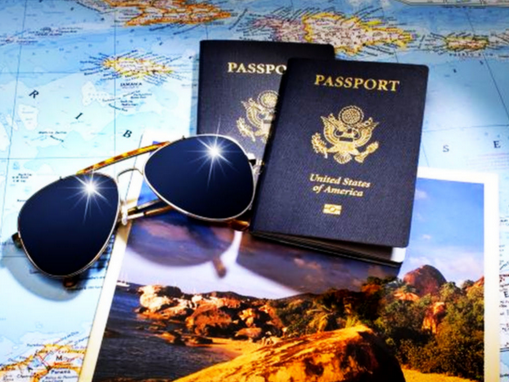 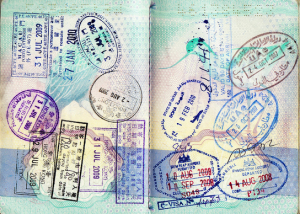 Travelers beware: you can’t afford to turn a blind eye to Internet security in our digital world. Ignoring your Internet security and being completely naïve to your current location’s Internet laws is a huge mistake that can have some terrible outcomes. Just about every traveler suffers from the same problems during their adventures. Whether you are taking a vacation abroad or you have found a work opportunity in a new country, the Internet is going to be incredibly different at your destination than it is in your home country. But don’t think that your data communications are safe just because you are accessing servers located in your home country. As we have seen by the information released from Edward Snowden, many governments choose to wiretap data that is one end domestic and one end foreign. So even though you’re a legal citizen of your home country, your very own government may be monitoring your communications simply because they originated from foreign soil.

And that’s just the beginning of your troubles. Censorship laws vary drastically from country to country, and what is acceptable information to access in your home country may be illegal at your travel destination. You may very well find that you lose access to your favorite websites – even though they are harmless sites such as video streaming sites. Many times foreign ISPs block content in an effort to prevent themselves from potentially violating laws because the government places the compliance burden on the service provider. But the good news is that a VPN tunnel will be able to.

If you want a VPN specifically to protect your data and unblock websites when you are traveling, there are two things you are likely most concerned with: the number of servers and the number of countries a VPN provider offers. PIA has over 3,000 servers in 21 countries, giving you a lot of flexibility with where you want to connect globally while simultaneously ensuring that you don’t run into capacity problems with busy server. In addition, many people find PIA VPN attractive because it is one of the most affordable on the market at a measly $3.33 per month for a 1 year subscription. Other notable features include no bandwidth restrictions or data limits as well as allowing you to connect up to 5 devices to a VPN tunnel simultaneously.

PureVPN gives the most global connection options on the list with over 500 servers in over 141 countries. But one reason people really like their service is because they will allow up to 5 devices connect to VPNs concurrently. They even have a split tunneling option that will allow some of your data to bypass the VPN for higher performance if you wish, and they also offer 24/7 support through a live chat feature. In all honesty, the best reason to use Pure VPN for traveling is due to the number of locations they offer worldwide.

If you travel a lot, ExpressVPN is a great choice for several reasons. First of all, they offer a 30-day money back guarantee so you can try there service out at your new location. They also offer VPNs in over 100 locations spread across 78 countries, so you have an immense amount of control where your VPN terminates geographically. Like PIA, they don’t limit the amount of data you can send over their VPN tunnel and they won’t throttle you data, but they don’t offer as many concurrent connections. However, they do offer 2 simultaneous connections on one desktop device and one handheld device. Though they do cost a little more than other providers ($8.32 per month for a 1 year subscription), they offer fantastic customer support and a fast and reliable VPN service.

IPVanish is also great for travelers. As a mature and developed VPN service, they have existed in the market for over 15 years. And they can provide you with excellent speeds and incredibly strong encryption no matter where you are in the world. With over 60 country locations to choose from, you can select a nearby country to unblock your favorite content without introducing high amounts of latency. Though not as long as Express VPN’s guarantee, they do offer a 7-day money back guarantee to give you the opportunity of testing their service.

VyprVPN also does a great job of offering a multitude of global connection options with over 50 country locations around the globe. They will also let you try their service for free to give you an idea of how it will work with your favorite applications and websites. But the free version only allows half a Gigabyte of data transmission per month. If you upgrade to their basic plan, however, it will only cost you $6.67 per month for a 1-year subscription.