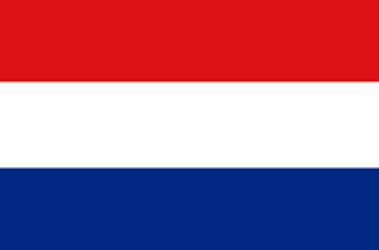 If you find that your travels take you to the Netherlands or you are a citizen that wants to circumvent censorship of your favorite web content, you will undoubtedly need a VPN. The Netherlands, though part of the EU, has different Internet laws than other European countries and it has a very different Internet infrastructure from the US, Canada, Australia, and even the UK. But the largest problem for Internet users in the Netherlands isn’t censorship that originates from the government because it is practically nonexistent. The only reason you would find that you can’t access your content would be because it has been blocked on your local network by and administrator or because of an acceptable use policy. By and large, the Netherlands enjoy a freer Internet than other European countries such as the UK. 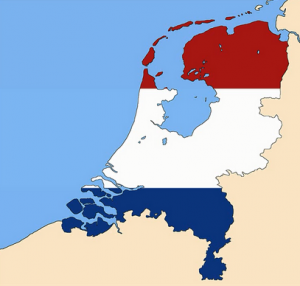 The government does censor some content on the Internet, however, but most people would agree that the content they censor is acceptable. Instead of blocking political messages or social media sites like China or other countries around the world, they put their foot down when it comes to child pornography. And the vast majority of people across the globe would agree that this isn’t an infringement on free speech as no one wants to support those who engage in child pornography.

Furthermore, you’ll find that the Netherlands are one of the countries with the least amount of governmental surveillance on the Internet within the EU. Other countries such as the UK have been classified as surveillance states because they frequently record online activities of their citizens and even intercept their data and store it for long periods of time. Not so in the Netherlands, but a VPN will still provide you with encryption that will protect you from nongovernmental threats such as hackers and thieves who are out to steal your data.

But the fact that censorship programs are so lax in the Netherlands doesn’t mean that VPNs diminish in value – far from it. One of the largest concerns for Internet users in the Netherlands are the copyright infringement regulations due to having a high percentage of piracy downloads in the country. Back in 2012, leading ISPs were required to block The Pirate Bay because of copyright infringement laws. But the ban didn’t last too long because the censorship aroused heavy debate regarding the freedom of information, expression, and speech. In 2014, the courts reversed their stance on the verdict and didn’t require that ISPs block The Pirate Bay. If you like to download free content via torrents, it is in your best interest to use a VPN to obscure your IP address and to make your traffic stream unintelligible to ISPs.

When it comes to the EU Data Retention Directive, the Netherlands do follow the directive to some extent as well. The DRD requires ISPs  and telecommunication services to keep records for one year, but the Netherlands reduced their participation to 6 months, still a very long period, however, VPNs do not qualify as service providers and are not required to keep any logs, making the Netherlands a prime place to operate secure VPN servers. Other neighboring countries to operate this way are Bulgaria, Switzerland, Romania and Luxemburg. However, that does not mean that external parties such as the NSA would not be conducting surveillance programs across the EU. As it has been revealed many times, this is the case, and using a VPN would greatly improve online privacy. If you are spending any amount of time there, you should consider the following list of VPNs for the Netherlands:

The top pick is ExpressVPN because they offer a rock-solid service and a global presence, meaning your VPN from the Netherlands can terminate in locations all around the world. Not only do they offer connections in 78 various countries around the world, but they also offer a money back guarantee for 30 days after purchasing their service – giving you ample time to test it out. Though they don’t keep usage logs, you should be cautioned that they are a US-based service if the N.S.A. is one of your top concerns. But all in all, they offer a fantastic service that will keep you safe online while you live in the Netherlands.

One reason PIA is a great option for those in the Netherlands is because of the fact that they have a global presence, but they offer a myriad of other features such as DNS leak protection and a VPN kill-switch to stop your downloads if your VPN was to disconnect. In addition, they allow up to 3 concurrent VPN connections so you can remain protected on your tablets, smartphones, and desktop computers. While they don’t offer a free trial, they do accept Bitcoins as a means of payment and they allow P2P connections with their service. Yet again, the only downside is that they are a US-based company.

PureVPN is an industry leader that will give you tons of connections options and ample protection in the Netherlands. They currently have over 500 servers in 141 various countries, and they are always adding servers to their connection profiles. But you should note that they offer 15 servers in Amsterdam alone, which is more than many of their competitors, so you shouldn’t run into any capacity constraints when making domestic VPN connections. But get this – one single VPN account will give you up to 5 concurrent logins, so most if not all of your devices will be protected.

NordVPN makes an appearance on this list because they offer a well-rounded service with a few features that aren’t seen with other providers – such as the ability to accept Bitcoins as a means of payment. In addition, they won’t log your data at all, so you can rest assured that your online activities will remain truly anonymous. Like many other providers, they offer 256-bit AES encryption, which is one of the strongest forms of encryption to date. And for those of you who like to download free content via torrents, they allow the use of P2P technologies with their service.

IPVanish VPN offers connections to Amsterdam and makes a great choice for those in the Netherlands wishing to protect themselves online domestically, but they also offer connections in over 60 countries around the globe. In addition, they claim on their website that the only information they collect is account data such as your username, password, and payment information – which has to be collected anyway. They say that they don’t log any of your online activities or data. Lastly, they provide round the clock 24/7 support to help you out if you are experiencing any connection issues. If you live in or are visiting the Netherlands, IPVanish will help protect your online activities and downloads from prying eyes.