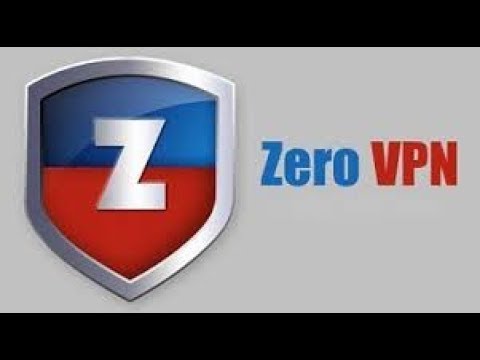 Free VPNs sound like a great deal on paper because let’s face it, everyone loves to save money and nothing is cheaper than a free service. However, when it comes to protecting your privacy, opting for a free solution can end up being costing you dearly. Zero VPN is a free service and while it promises anonymous web browsing and a high level of security, these are claims that should be taken with a pinch of salt. Even services that don’t ask customers to pay money, have to support themselves somehow. Managing a network of servers, developing and maintaining a software doesn’t come cheap. This is why it is hard to believe that a company can offer a service that is completely free. In other words, even if you don’t have to pay for Zero VPN, this provider has to make money and it is likely that in the process, it is putting the privacy and security of your data at risk. We’ll take a closer look at this VPN to help you understand why it is not a recommended choice.

For many people, the main reason to use a VPN service is to add security to their data and protect their online privacy. Unfortunately, in this area, Zero VPN disappoints as it doesn’t meet the high standards of protection that other providers have set. Since it is a free provider, this doesn’t come as a surprise as it doesn’t have the resources that premium providers have and it can’t invest in the latest technology to ensure that customers’ data is protected. Another point to keep in mind with free providers is that even if they cut down costs when they offer their service, they still need to make money somehow. After all, even free VPNs need to have funds to support their product. There are doubts regarding the reliability of Zero VPN. It is not crazy to think that it could be a botnet, or that at least, it steals your information with the purpose of selling it to third parties.

In both cases, the risks for your privacy are quite high, which is why you need to be very careful if you decide to go for Zero VPN as your provider. Many users have also complained that Zero VPN drains the battery of their devices very quickly. This also cause concerns because if it was a regular VPN, it shouldn’t drain the battery power like that. It is possible that this is happening because Zero VPN is a botnet as previously mentioned. Another possibility is that it is collecting your data, or using your device to mine cryptocurrency in order to make money. Regardless of the reason, it is likely that Zero VPN is doing something in the background without your knowledge and whatever it is, it is putting your privacy at risk. If Zero VPN was just establishing a VPN connection, there shouldn’t be a significant impact on your device’s battery life. Besides, as previously mentioned, even if there is no money requested from you, Zero VPN still needs to make money and it probably is not being transparent about it. In addition, it should be noted that Zero VPN doesn’t provide information about the encryption protocols used to protect your data and there is no clarity about their policy regarding logs.

Zero VPN is a convenient solution for Android users and it promises to encrypt your entire traffic, although as we mentioned before, there are no details provided regarding the protocols used or the encryption algorithms supported. If you use public WiFi, you can add some level of security with the help of Zero VPN, after all, public WiFis are known to be vulnerable to cyber crime. However, we don’t recommend that you rely solely on Zero VPN to protect your confidential information. Still, you will be able to keep your real IP address hidden so you can browse the internet anonymously.

Zero VPN offers a network that gives you access to servers on France, United States, South Korea, Canada, Netherlands, Germany, United Kingdom, Singapore, Japan and more. Although the list of servers is not as extensive as what providers like ExpressVPN or PureVPN offer, the variety of locations will help you to unblock content from most regions. The speeds are good enough for browsing and you will be able to stream some videos without major issues, but don’t expect impressively fast performance. This is another problem with free VPNs. In most cases, the service is not exactly fast. In fact some Zero VPN users have reported connectivity issues. This means that Zero VPN is not the best option for streaming or downloading content.

This is another area in which Zero VPN (and free VPNs in general) fail to impress. The fact that the service is free also means that the provider doesn’t have the resources needed to offer support for its customers. You may be able to send the developers an email with suggestions, or leave a review on Google Play Store. However, the customer support in case you come across an issue with the app is practically non existent. They do have an email address that can be used to contact them, but the response times are quite high. This is why we don’t advise you to leave the security of your data on the hands of Zero VPN. If there is any problem, you won’t be able to solve it quickly.

At first, it would seem like using Zero VPN is a good option. The app has high ratings in the Google Play Store and it offers a convenient way to overcome restrictions. You will be able to access websites that are not available in your location. However, if you are looking for a solution to bypass Netflix blocks, Zero VPN is not the answer. Furthermore, it is not a highly secure VPN to protect your data. Your information is not encrypted with the latest technology and it is even likely that your data is being sold to third parties. If you want to protect sensitive information, we advise you to look elsewhere.